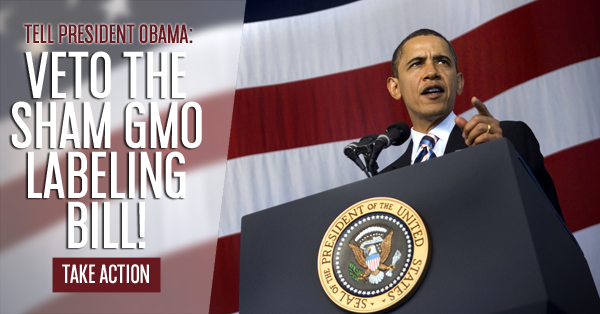 Via Vermont Right to Know GMO:

Please take a minute and edit the message below asking President Obama to reject the Roberts-Stabenow bill which would eliminate Vermont’s labeling law and establish a sham labeling standard. The proposal is a thinly veiled attempt to keep consumers in the dark about what’s in their food while claiming to avoid a “patchwork” of state labeling laws that actually does not exist.