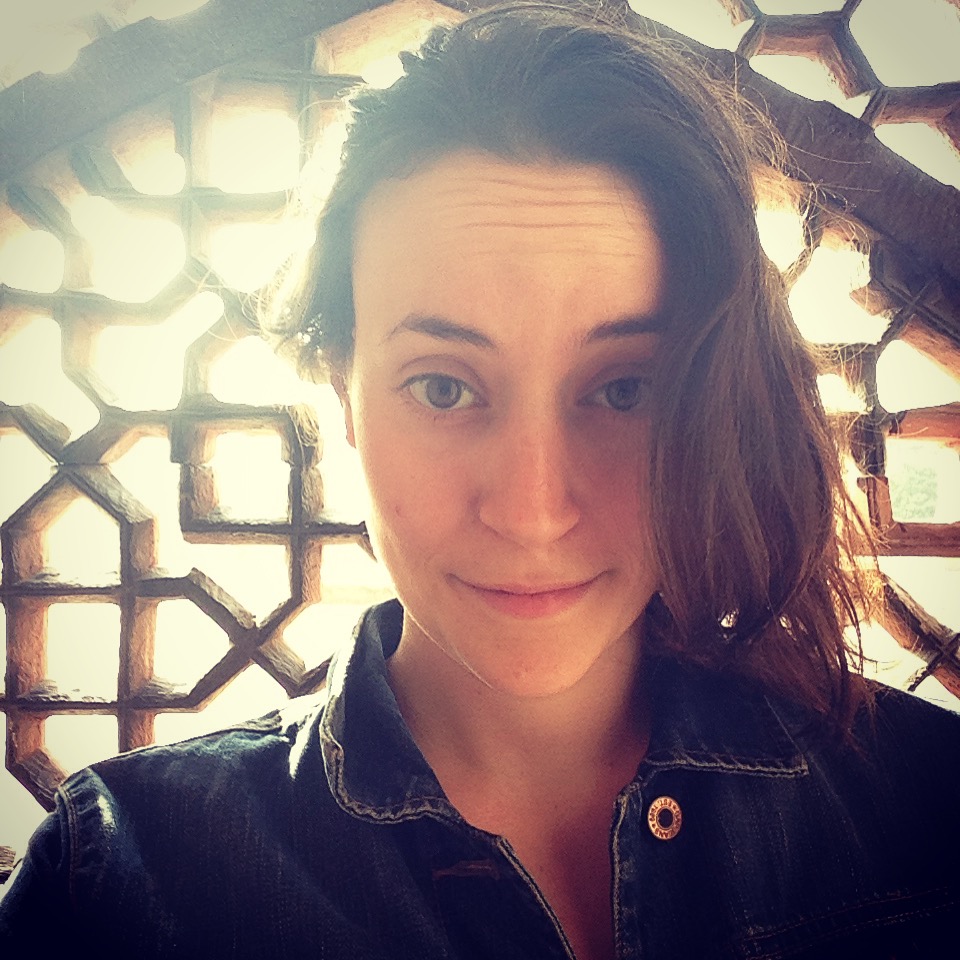 Lindsey Gillies is a Certified Professional Midwife and student at the Yale School of Nursing. She is also an activist, community organizer and writer. Lindsey is passionate about the intersection of reproductive and environmental justice. Her background includes a comprehensive academic and clinical training at Maternidad La Luz, a high-volume freestanding birth center on the border in El Paso, Texas. Additionally, she successfully completed an intensive academic midwifery program in Boise, Idaho. She has served communities in both Vermont and Texas as a birth doula, abortion doula, and childbirth educator. Lindsey Gillies has been a community organizer with Rising Tide Vermont since 2012. With Rising Tide Vermont, she has organized numerous direct action trainings and events across the northeast and is currently working on the Campaign to Stop the Fracked Gas Pipeline! Lindsey Gillies attended COP 16 in Cancun, Mexico and COP 17 in Durban, South Africa as part of the GJEP delegation. She worked as the New Voices on Climate Change Coordinator and is now the Chair of the Board of Directors. Lindsey holds a B.A. in English and Environmental Studies from the University of Vermont. She currently lives in Burlington, Vermont. 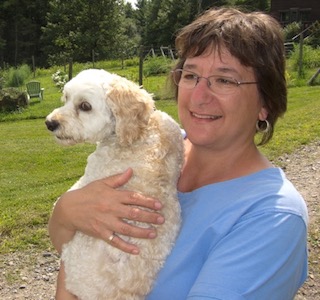 Ann Lipsitt is a reading specialist and retired special educator from the Browns Trace middle school in Underhill Vermont. A long-time social justice activist she co-founded the Green Mountain Fund for Popular Struggle with her partner Will Miller. The Fund distributed hundreds of thousands of dollars in support of the movement for social justice and environmental protection in Vermont. Ann is also the founder of the Will Miller Social Justice Lecture Series. 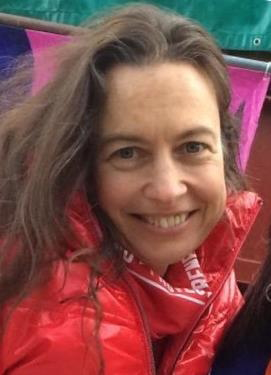 A sculptor by trade, Cassandra is also a resource person and Spanish interpreter for Indigenous Peoples at United Nations negotiations on the environment and human rights. She is currently enjoying a fellowship at New York University where she is researching resistance to false solutions to climate change and the privatization of the air we breathe.

Karen Pickett has been a grassroots activist for over 25 years, working on issues of forest and species preservation, recycling, native rights issues, alliance building between the labor and environmental movements, and activist civil rights. She is founder and Director of the Bay Area Coalition for Headwaters and is a Media Cosultant for environmental campaigns. She leads workshops and classes on movement building and grassroots organizing, and is the recipient of a number of awards for her work.

Zahra Moloo is an investigative journalist, documentary filmmaker and researcher from Kenya, based in Montreal. Her work focuses on the extractive industries, land rights, conservation and security. Previously she worked as a reporter and documentary producer for The New Humanitarian (formerly IRIN News) and spent several years covering stories in Kenya, Tanzania, The DRC, Libya and Palestine. Her articles and films have appeared in Al Jazeera, BBC, CBC Docs, Africa is a Country, CCTV’s Faces of Africa, Africa is a Country and the Jacobin. She was a researcher and director with CBC’s Emmy-nominated documentary series Interrupt this Program and has served on the juries for film festivals including the Canadian Screen Awards and the Festival du Nouveau Cinéma. She is currently working on a feature documentary about conservation in Central Africa. She has a BA in History from McGill University and an MA in Broadcast Journalism from City University. Her work can be viewed at: http://zahra-moloo.com/

Soren Ambrose passed away of complications with COVID-19 on December 5, 2020 at the age of 57. Soren was one of our original board members and always will remain on the Global Justice Ecology Board.
Soren Ambrose traced his interest in the environment and social justice to 1975, when he joined Greenpeace at age 12. But he began the “mature” phase of his political work through his academic work. He earned a Masters Degree in English Literature at the University of Chicago and completed most of the requirements for a Ph.D (including three chapters of a dissertation). His dissertation was on contemporary Nigerian literature and politics, and the research for it took him to Nigeria in 1992. While in Nigeria, Ambrose met with many Nigerian authors and academics, and learned that a professor’s monthly salary was less than the price of a paperback novel. Many of those he met with consequently were more interested in discussing the country’s economic state than its literary scene. They were nearly unanimous in identifying the structural adjustment programs imposed on Nigeria by the International Monetary Fund (IMF) and World Bank as the root cause of the country’s (and Africa’s) poverty. Upon his return to Chicago, Ambrose began to devote more attention to structural adjustment and the international financial institutions. He joined the Chicago branch of the 50 Years Is Enough Campaign when it was formed in 1994, to help coordinate actions against the IMF and World Bank. He eventually became the branch’s de facto coordinator and representative to the national campaign’s Steering Committee. Ambrose moved to Washington, DC at the end of 1995 to take a position with Nicaragua Network, a leading member of the 50 Years Is Enough Network, and later a full-time position with 50 Years itself. His work in Washington was largely devoted to policy analysis, organizing, and media work, in which capacity he was quoted by BBC, the New York Times, Washington Post, and many others, and was profiled in the Financial Times in 2001. He was one of the lead organizers of the April 2000 protests against the IMF and World Bank which brought upwards of 20,000 to Washington, DC. From 2002, Ambrose also served as a part-time staffer with New Voices on Globalization, a consortium formed by four Washington-based groups (50 Years Is Enough Network, Essential Action, Institute for Policy Studies, and Jobs with Justice) to amplify the voice of the global justice movement in mainstream media. Ambrose moved to Nairobi, Kenya in June 2005, where he helped found Daughters of Mumbi Global Resource Center, a grassroots organization working with local groups on food security and related economic issues. He was coordinator of the Center’s Solidarity Africa Network project, which performs policy analysis and brings together groups around Africa on joint advocacy projects, and was also the Head of Policy, Advocacy & Research for ActionAid International, based in Nairobi, Kenya.
¡Soren Ambrose Presente!

Aziz Choudry, a great comrade, scholar-activist and friend to many people across the world, passed away in May 2021. Aziz was a rare, generous, gentle, compassionate and marvellous person and was tireless in fighting for justice throughout his life.

Amongst his many passions, Aziz was a founding board member of the Global Justice Ecology Project, one of the founders of bilaterals.org, and a close friend and collaborator of GRAIN. Aziz was a brilliant thinker, writer, and editor; he wrote and edited numerous books over the years, including ‘Learning Activism: The Intellectual Life of Contemporary Social Movements’ (2015), ‘Activists and the Surveillance State: Learning from Repression’ (2019). He also wrote articles on biopiracy, the privatization of nature by conservation groups like Conservation International, free trade agreements and biotechnology.

Beyond his prolific writing, and all the things he fought for and created, Aziz was a wonderful person. He mentored and supported, both formally and informally, countless young activists, scholars and friends. He had an incredible ability to connect people to each other, enriching their social circles, relationships and collaborations. He was also incredibly funny and a brilliant thinker with a sharp wit and an unfailing analysis of social injustice and capitalism.

There is probably no tribute, no words that can sufficiently do justice to the enormous, incredible person that was Aziz Choudry. His loss has been devastating to many people and to so many movements for justice. He will be dearly missed, and always and forever in our hearts.

You can read another beautiful tribute to Aziz, from our friends at GRAIN.