That new chestnut? USDA wants to allow the release of GE trees into wild 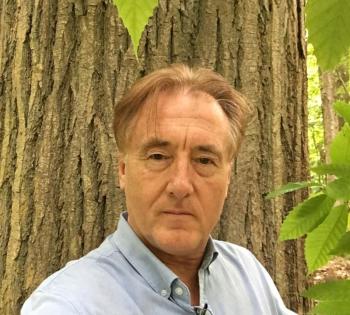 By Environmental Historian Dr. Donald Davis
https://thehill.com/opinion/energy-environment/3747170-that-new-chestnut-usda-plans-to-allow-the-release-of-ge-trees-into-wild-forests/
The USDA is requesting public comments on their plan to allow the release of GE trees into wild forests here.
Excerpt:
“The restoration of the American chestnut is a noble undertaking that certainly deserves our serious consideration and thoughtful deliberation.. However, as an environmental historian, I am deeply concerned that individuals endorsing the unregulated status of the GE chestnut have not sufficiently educated themselves about potential problems associated with genetically modified trees.
“First, trees are complex organisms that interact with other living things over many growing seasons, if not centuries. For this reason, more research is needed if we are to fully understand the impact of GE chestnuts on larger forest ecosystems…The supposition that genetically modified chestnut trees will behave in a specific and predictable way, based only on a decade of research, is premature, if not bad science.

“Indeed, studies have shown that the genomic structure of transgenic plants can mutate as a result of gene insertion events and exhibit unexpected traits after reproducing. It is also possible that GE chestnuts, as they grow older and larger, will not be able to repel the blight, particularly if the OxO enzyme, produced by a wheat gene inserted into the DNA of the American chestnut, becomes less prevalent in mature trees. Scientists must be able to predict the future outcomes of their experiments and cannot reliably do so in the case of GE chestnuts.

“However cliché it might be to state that those who do not learn the past are doomed to repeat it, in the case of the American chestnut this could very well be true. Chestnut restoration is an honorable undertaking, but the process should be done as carefully as possible, without harming the genomic heritage of this iconic tree. A wiser approach would be to adopt what the United Nations refers to as the “precautionary principle,” which restricts actions that can permanently harm a species or ecosystem, especially if there is no absolute certainty about their safety.”

The USDA is recommending the release of GE trees into wild forests, and are requesting public comments here.

Donald Edward Davis is a part-time research scholar for the Harvard Forest, and the founding member of the Georgia Chapter of the American Chestnut Foundation. A former Fulbright fellow, he has authored or edited seven books, including “The American Chestnut: An Environmental History.”