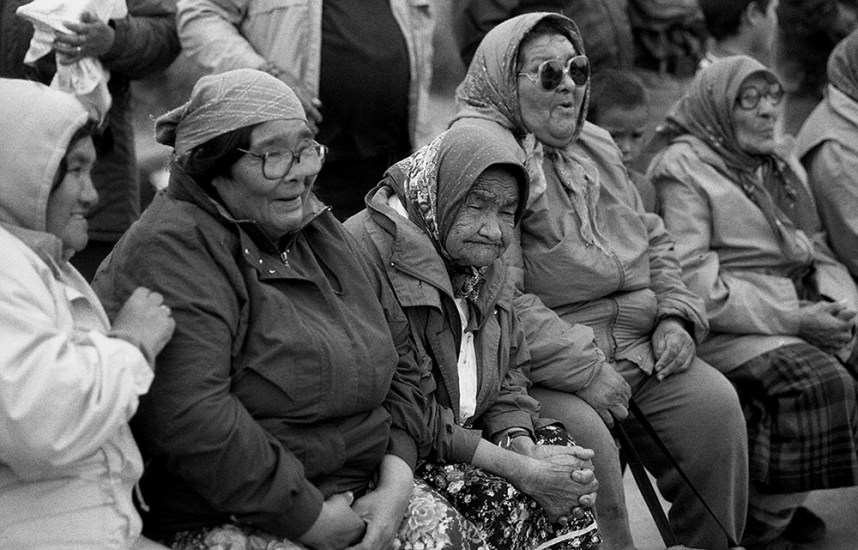 Note: Almost 30 years ago, in 1993, GJEP co-founders Orin Langelle and Anne Petermann traveled to the northern reaches of Quebec, to the Cree towns Chisasibi and Whapmagoostui on James Bay, to document the impacts of the existing Hydro-Quebec La Grande dam complex on the Cree and Inuit People’s as well as the environment and biodiversity.

They met with traditionalist Cree and Cree leadership mobilizing to stop the next phase of HQ’s plans, a series of dams and river diversions called the Great Whale project.

An major multi-state and international campaign put this project “on ice”.

But HQ has never stopped their attack on the peoples and rivers of eastern Canada. The piece below discusses their ongoing campaign of destruction.

GJEP now houses the North American Megadams Resistance Alliance, which is heading up efforts in the US to stop them. Check out more about them at https://northeastmegadamresistance.org/

Hydro-Quebec (HQ) has waged a well-funded PR campaign in Maine to convince voters that their hydropower is “clean,” but the generation of this power has cost my people everything. So as the people of Maine weigh the merits of Central Maine Power’s proposed NECEC corridor project, which will bring power from Quebec to New England, to fulfill a contract with Massachusetts, I implore you to consider the systemic racism my people, the Anishnabegs, as well as the Pessamit Innu First Nation and Wemotaci Atikamekw First Nation, are experiencing at the hands of HQ, and the provincial government, which solely owns the company.

Our people have been connected to our land for more than 8,000 years and for much of that time, we lived in harmony with the land, which sustained our families. In 1763, King George III signed the Royal Proclamation that established the first borders of Quebec as well as the rights of First Nations.

From then, life went on until the advance of hydro-dams, which are now owned and operated by HQ. The company makes billions of dollars in profits each year off their illegitimate occupation and use of our land; profits which are largely passed along to the provincial government to benefit non-Indigenous populations. This profit-sharing arrangement has perpetuated the ongoing violation of our basic human rights.