Posted on September 4, 2019 by Anne Petermann 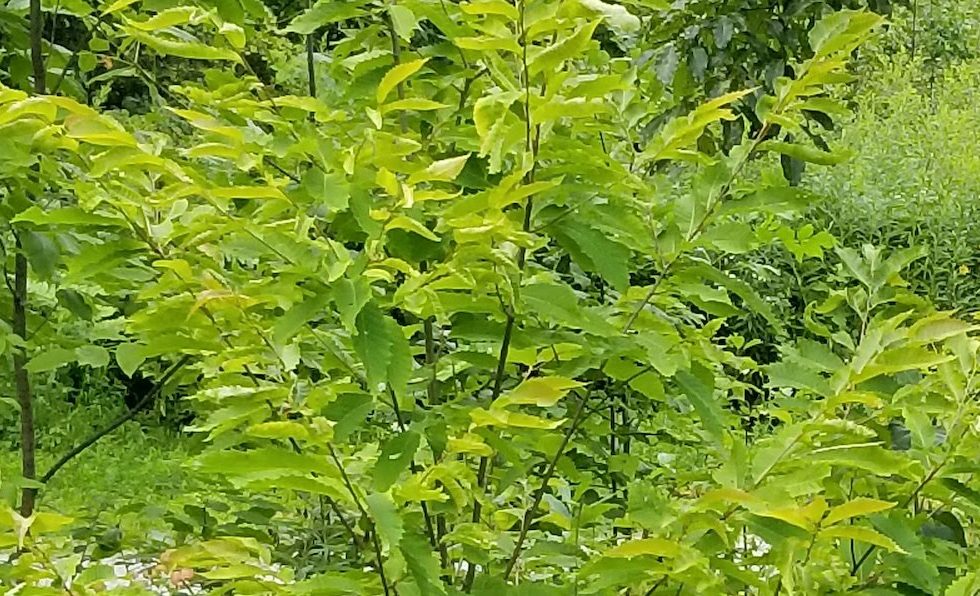 A Controversial Tree? For Good Reason

“Industry is using the beleaguered American chestnut as the test tree for convincing a wary public of the value of GE. Largely wiped out in late nineteenth and early twentieth century by logging followed by an introduced chestnut blight, and then more logging, the American chestnut is now being used as the poster tree to promote genetic engineering. If Jacobsen honestly thinks that the American chestnut is a uniquely benevolent project set apart from the corporate project of GE trees, he is quite naïve. Industry needs the GE chestnut to push forward commercial plantations of GE poplar, pine and eucalyptus. And as GE chestnut researcher Scott Merkel points out, the GE American chestnut, with its highly desired wood and valuable chestnuts, is also a likely candidate for commercialization–into large monoculture plantations.”