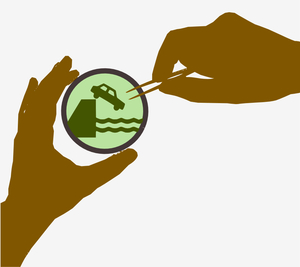 OAHU, HAWAI’I — As thousands of government representatives and conservationists convene in Oahu this week for the 2016 World Conservation Congress, international conservation and environmental leaders are raising awareness about the potentially dangerous use of gene drives — a controversial new synthetic biology technology intended to deliberately cause targeted species to become extinct.

Members of the International Union for the Conservation of Nature (IUCN), including NGOs, government representatives, and scientific and academic institutions, overwhelmingly voted to adopt a de facto moratorium on supporting or endorsing research into gene drives for conservation or other purposes until the IUCN has fully assessed their impacts. News of the August 26 digital vote comes as an important open letter to the group is being delivered.

Scientists and environmental experts and organizations from around the globe have advocated for a halt to proposals for the use of gene drive technologies in conservation. Announced today, a long list of environmental leaders, including Dr. Jane Goodall, DBE, genetics professor and broadcaster Dr. David Suzuki, Dr. Fritjof Capra, entomologist Dr. Angelika Hilbeck, Indian environmental activist Dr. Vandana Shiva and organic pioneer and biologist Nell Newman, have lent their support to the open letter: “A Call for Conservation with a Conscience: No Place for Gene Drives in Conservation.” The letter states, in part: “Gene drives, which have not been tested for unintended consequences, nor fully evaluated for ethical and social impacts, should not be promoted as conservation tools.”

“Gene drives are basically a technology that aims for a targeted species to go extinct,” explains ecologist and entomologist Dr. Angelika Hilbeck, President of the European Network of Scientists for Social and Environmental Responsibility (ENSSER). “While this may appear to some conservationist professionals to be a ‘good’ thing and a ‘silver bullet’ to handle complicated problems, there are high risks of unintended consequences that could be worse than the problems they are trying to fix.”

Both the leading developers of the technology and also those concerned about gene drives will be attending this week’s Congress and holding events to raise awareness, hype promises or highlight the potential hazards of gene drives. One near-term gene drive proposal, promoted by U.S.-based non-governmental organization Island Conservation, intends to release gene drive mice on islands to eradicate them. Another led by the University of Hawai’i would develop gene drive mosquitoes for use in Hawaii to combat avian malaria which affects honeycreeper birds. The debate around gene drives is likely to resurface later this year at the negotiations of the United Nations Biodiversity Convention in Cancun Mexico in December.

“Gene drives, also known as ‘mutagenic chain reactions,’ aim to alter DNA so an organism always passes down a desired trait, hoping to change over time the genetic makeup of an entire species,” explains Dr Vandana Shiva of Navdanya. “This technology would give biotech developers an unprecedented ability to directly intervene in evolution, to dramatically modify ecosystems, or even crash a targeted species to extinction.”

“Genetic extinction technologies are a false and dangerous solution to the problem of biodiversity loss,” said Erich Pica, president of Friends of the Earth. “There are real, sustainable, community-based conservation efforts that should be supported. We are concerned that genetic extinction technologies will allow new destructive agricultural practices and even use by the military. Speculative conservation claims are at best an unfounded diversion or smokescreen. We support those in the IUCN who recognize the gravity of irreversible and irresponsible technologies such as gene drives.”

Signatories of the letter, which include indigenous organizations and legal experts, raised legal and moral questions, citing an “ethical threshold that must not be crossed without great restraint.”

“From military testing to GMO crops, and now gene drives, Hawai’i should not be treated as a test zone for risky and experimental technologies,” said Walter Ritte, Native Hawaiian activist and hunter. “What happens in Hawai’i must be discussed with residents, not decided from a lab on the other side of the continent. Hawaiians should decide what is best for Hawai’i.”

Some of the signing organizations will be holding a Knowledge Café event as part of the IUCN World Conservation Congress at 8:30 am (HST) on Monday, September 5. The event will be live streamed at www.synbiowatch.org/gene-drives.

In response to upcoming proposals to release gene drive organisms in Hawaii, the local organization Hawai’i SEED will be hosting an educational session on gene drives in the evening on Tuesday, September 6. See https://bit.ly/2bwZEuG for details.