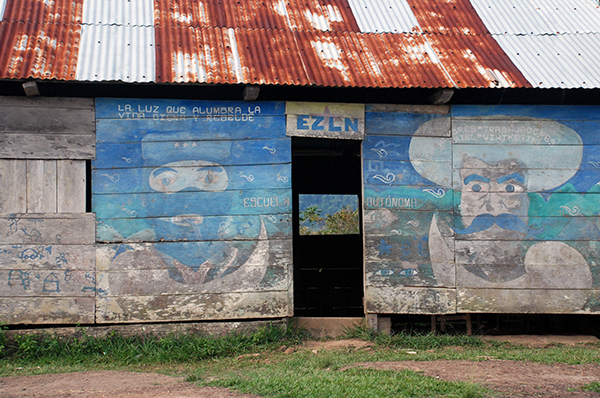 In our letter to the USMCA Working Group of the US House of Representatives on September 13th of last year, we informed the Working Group members and House Speaker Pelosi that upon review of the public record of debate concerning the Human Rights of Indigenous Peoples in the context of the proposed US-Mexico-Canada Agreement (USMCA), the systemic disregard for the human rights of Indigenous Peoples is blatantly discriminatory, unacceptable and must be addressed before the agreement is put to vote before the House of Representatives.

Specifically, we called for a full public hearing before the appropriate committees and/or Working Group formations of the US Congress for the purpose of informing the US congressional representatives on the right of Indigenous Peoples to Free, Prior, and Informed Consent (FPIC) as stipulated in the UN Declarationon the Rights of Indigenous Peoples regarding projects which impact their collective rights.

The purpose of this communiqué is to urge the Tom Lantos Human Rights Commission to conduct a full public hearing on this issue before the vote of approval on the USMCA in the US Congress.

Today, January 1 2020 we reissue this call with greater urgency as the Indigenous Peoples of Mexico who have convened recently in the Zapatista (EZLN) territories have made known to the international community their determined opposition to the imposition of the USMCA scale mega development projects that already are being illegally implemented and sanitized via “deceptive consultations” in a subversive attempt by the government of Mexico to manufacture “consent”.

For the US trade representatives and the US Congress to move forward with a vote of approval for the USMCA in light of this information, would implicate the US government as complicit in a deliberate act of international aggression against the Indigenous Peoples of Mexico.  The EZLN has stated that they will remain in the fulfillment of their duty as “guardian peoples of Mother Earth” until death if necessary.

The USMCA has been promoted as a necessary “update” of the North American Free Trade Agreement (NAFTA). In distinction from NAFTA which was adopted in 1994 thirteen years before adoption of the UN Declaration on the Rights of Indigenous Peoples (2007), the signatories of USMCA must comply with the minimum standards of FPICor the corporate consortia investing in any development project in violation of FPIC will immediately become financially liable and exposed to the risk of legal challenges and financial penalties that must be presented before their constituencies (states) and shareholders (corporations).

This principle is now well established, having been the subject of the Soft Woods Lumber Dispute (1982) between the US and Canada which acknowledged the proprietary rights of Indigenous Peoples over territories and resources in the international trade tribunals. Recognizing this fact, the World Bank has restructured its procedures, protocols and practices regarding Indigenous Peoples and the right of Free, Prior, and Informed Consent under the Environmental and Social Standard 7 to shield its interests.

Today we hear daily references in the public media to the “Founding Fathers”, invoking the principles of the rights and responsibilities of self-government and American democracy as the impeachment proceedings against President D.Trump advance (or degrade) in the US Congress.

It is timely then to juxtapose the issues of “wrongdoing” and violations of “Oaths of Honor” by the representatives of the US government when reviewing the history of international relations beginning with the original thirteen British colonies and the long “Trail of Broken Treaties” with the Original Nations of Indigenous Peoples whose history on the continent precedes the founding of the USA.  A fair and impartial evaluation of this history, which must include the fast tracking of the Dakota Access Pipeline by President D.Trump in 2017, would conclude that what is in contention is not any honest effort by the US to honor its word, or live up to the rule of law and justice for Indigenous Peoples, but instead a continuous exercise in wrongdoing where what is really in debate is “How much can I get away with?”  In a word, impunity.

Indeed, the perpetuation of this historic pattern of systemic “wrongdoing” committed by the agencies of the states vis-a-vi violations of the Human Rights of Indigenous Peoples is the fundamental purpose why the UNDRIP was developed as a necessary instrument of contemporary international human rights law after decades of negotiations among all parties.

The historic pattern of systemic “wrongdoing” committed by the agencies of the states in violation of the Human Rights of Indigenous Peoples is evident once again by the failure of the USMCA Working Group to address the core issue of unethical and illegal discrimination against Indigenous Peoples in the processes of  negotiation and collusion by the three USMCA governments.

There can be no approval of USMCA without recognition, respect, and effective mechanisms for the equal protection of the internationally recognized Human Rights of Indigenous Peoples in the trade zone encompassing the three countries, specifically the right of Free, Prior, and Informed Consent (FPIC).  Consultation is not consent.

Without the full and effective participation of Indigenous Peoples, as Peoples equal to all other peoples, there can be no legitimate approval of the USMCA.

Free Prior and Informed Consent (FPIC)

The standard, Free, Prior and Informed Consent (FPIC), as well as Indigenous Peoples’ rights to lands, territories and natural resources are embedded within the universal right to self- determination. The normative framework for FPIC consists of a series of international legal instruments including the United Nations Declaration on the Rights of Indigenous Peoples (UNDRIP), the International Labour Organization Convention 169 (ILO 169), and the Convention on Biological Diversity(CBD), among many others.

FPIC is a specific right that pertains to Indigenous Peoples and is recognized in the UNDRIP. It allows them to give or withhold consent to a project that may affect them or their territories. Once they have given their consent, they can withdraw it at any stage. Furthermore, FPIC enables them to negotiate the conditions under which the project will be designed, implemented, monitored and evaluated.

Consultation is not consent.

← Zapatista Update: Forum on Defense of the Territory and Mother Earth
Conversations in Southern Illinois on Sojourner Truth with Margaret Prescod →