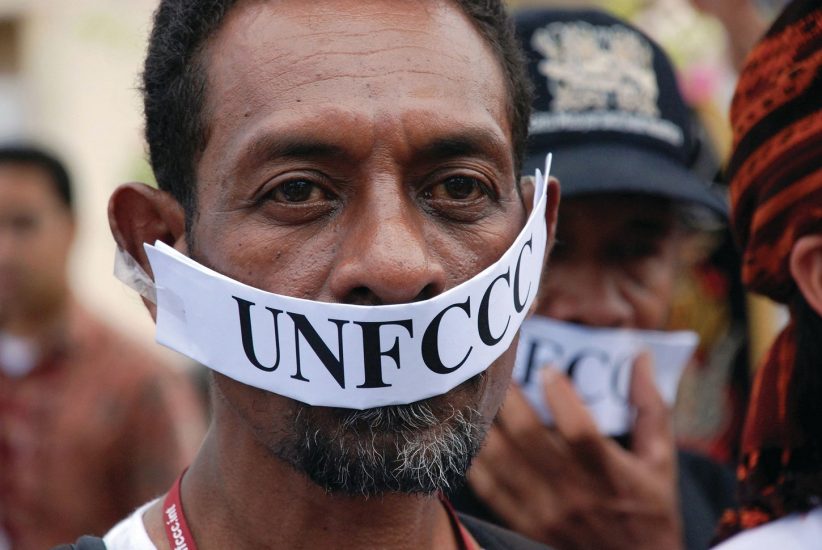 Global Justice Ecology Project helped organize the first protest against REDD during a World Bank press conference announcing the Bank’s backing for REDD at the UNFCCC Climate Conference in Bali Indonesia in 2007.  Indigenous Peoples and their organizations from around the world were protesting their exclusion from the new “forest protection” scheme that would forcibly displace Indigenous and rural communities from their lands in order to supposedly protect the carbon in the trees.

15 Years of REDD: A Mechanism Rotten at the Core

Since it was introduced in 2007, Reducing Emissions from Deforestation and Forest Degradation (REDD) has become the dominant forest policy around the world, impacting forest-dependent communities in countries with tropical forests in particular.

This publication gathers 11 articles that reflect on fundamental and dangerous dimensions of REDD. We hope that each of them will help to strengthen our arguments and actions against offsetting and to uncover it for what it really is: a racist scheme that can never be improved or fixed because it is designed to ‘keep the oil flowing’ and, with this, the capitalist system that is driving the current climate, forest and social crises.