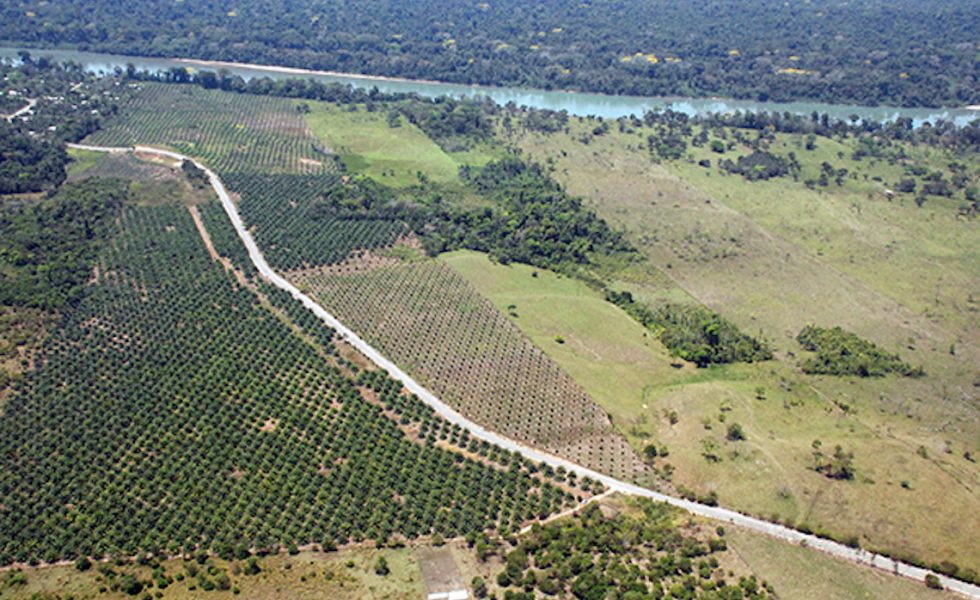 supposedly address the negative impacts of industrial agriculture commodity crops. Oil palm plantation companies have responded to pressure from global food corporations such as Unilever, Nestle and Mars and made a commitment to “zero deforestation”1. Global food corporations are major buyers of palm oil and they, as well as the financial backers of oil palm companies, have started to feel consumer pressure about the contribution made by these companies to the destruction of the world’s tropical forests. A growing number of European and North American consumers want to be assured that their purchase of chocolate, biscuits, soap or lipstick does not contribute to this destruction.

But has it resulted in anything significant?

Undoubtedly one outcome of “zero deforestation” pledges has been a surge in paper work. Along with specific policies that have been generated to guide the implementation of these commitments, international declarations about the world´s forests that have been signed by governments, NGOs and corporations, along with certification schemes, now mention “zero deforestation” in their documents.

The commitments are also useful propaganda for oil palm companies that are concerned about creating a positive image and ‘greening up’ their reputation, having been targeted for years as drivers of deforestation.

What is striking, however, is the absence of information on the experiences of communities living inside or adjacent to the plantation areas of companies that have signed “zero deforestation” pledges.

In response to this deficit, a field study was carried out with communities located in and around four concession areas used by the agribusiness company OLAM in the province of Ngounie, which is located in central-southern Gabon, a densely forested country in Central Africa. OLAM actively promotes industrial oil palm plantations in Gabon, while supposedly committing to “zero deforestation” in 2017. The villages that were visited in these four concession areas are facing varying degrees of impacts from OLAM´s activities.

Women in particular face severe consequences as a result of these plantations, yet their voices are often absent in studies on the impacts of industrial oil palm plantations. To address this gap, the research teams placed emphasis during the field visits on allowing women to access a space to share their experiences, by way of conversations within women-only groups.