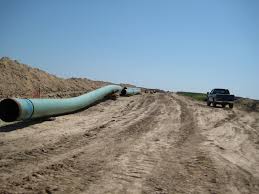 DAPHNE WYSHAM, daphne@sustainable-economy.org, @daphnewysham
In Portland, Oregon, Wysham is director of the Climate and Energy Program at the Center for Sustainable Economy. She said today: “The Pacific Northwest is facing the carbon equivalent of five Keystone XL pipelines in the form of coal, gas, and oil via rail and pipeline.”

Horn is a writer for Desmogblog, which seeks to “clear the PR pollution that clouds climate science.” He is also a freelance investigative journalist whose work has appeared in Al Jazeera America, Vice News, TruthOut, CounterPunch magazine, Truthdig, AlterNet and other publications.

He said today: “While the Obama White House Keystone XL decision has been touted by most environmentalists and criticized by Big Oil and its front groups, the truth is much more complex and indeed, dirty. That’s because for years behind the scenes the Obama Administration has quietly been approving hundreds of miles-long pieces of pipeline owned by pipeline company goliath Enbridge, which I’ve called the ‘Keystone XL Clone‘ in my reporting.

“That pipeline system does the very same thing the rest of TransCanada’s Keystone pipeline system also already does, even without the northern leg of Keystone XL rejected by Obama: brings dirty, carbon-intensive Alberta tar sands oil across the heartland of the U.S. and down to the U.S. Gulf coast. This probably explains why Enbridge was so confident as to announce it would be spending $5 billion to build holding facilities down in the Gulf, just two days before the White House’s Keystone XL decision.
“We also cannot forget that Energy Transfer Partners is currently pushing forward a pipeline proposal called Dakota Access LLC that would do what Keystone XL’s northern leg sets out to do, but on steroids. That is, bring hundreds of thousands (as opposed to 100,000) barrels per day of oil obtained via hydraulic fracturing (‘fracking’) in North Dakota’s Bakken Shale basin through the heartland and eventually down to the Gulf coast. Continental Resources CEO Harold Hamm, who a year ago called Keystone XL North ‘irrelevant‘ and who was the one who originally lobbied for Keystone XL North to have a Bakken ‘on-ramp,’ for now, is laughing all the way to the bank.”
For more information, contact at the Institute for Public Accuracy:
Sam Husseini, (202) 347-0020, David Zupan, (541) 484-9167