We Are The Ones Who Will Awaken The Dawn 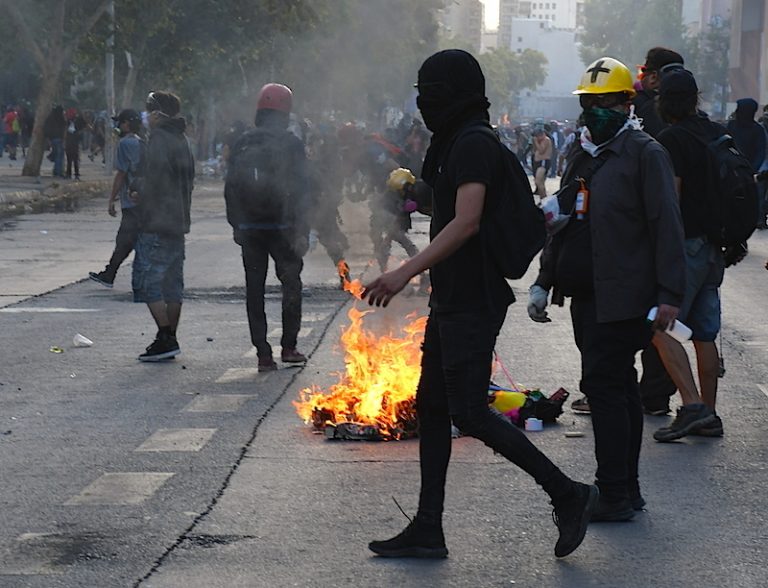 Chilean protesters with fire on the street. Photo: Langelle

Greetings from the desk of the Tricontinental: Institute for Social Research.

Millions of people are on the streets, from India to Chile. Democracy is both their promise and it is what has betrayed them. They aspire to the democratic spirit but find that democratic institutions – saturated by money and power – are inadequate. They are on the streets for more democracy, deeper democracy, a different kind of democracy.

Sharply, in each and every region of India, ordinary people unaffiliated to political parties alongside the Indian Left have taken to the streets to demand the withdrawal of a fascistic law that would turn Muslims into non-citizens. This immense wave rises even when the government tries to declare demonstrations illegal, and even as the government shuts down the Internet. Twenty people have been killed by the police forces thus far. None of this stopped the people, who declared loudly that they would not accept the suffocation of the Far Right. This continues to be an unanticipated and overwhelming uprising of the population.

Democracy has been shackled by capitalist power. If sovereignty were merely about numbers, then the workers and the peasants, the urban poor and the youth would be represented by people who put their interests first and would be able to command more of the fruit of their labour. Democracy promises that people would be able to control their destiny. Capitalism, on the other hand, is structured to allow the capitalists – the property owners – to have power over the economy and society. From the standpoint of capitalism, democracy’s full implications cannot be allowed. If democracy gets its way, then the means of producing wealth would be democratised; this would be an outrage against property, which is why democracy is narrowed.