Water justice in the time of C19: Valparaiso, Detroit and South Africa 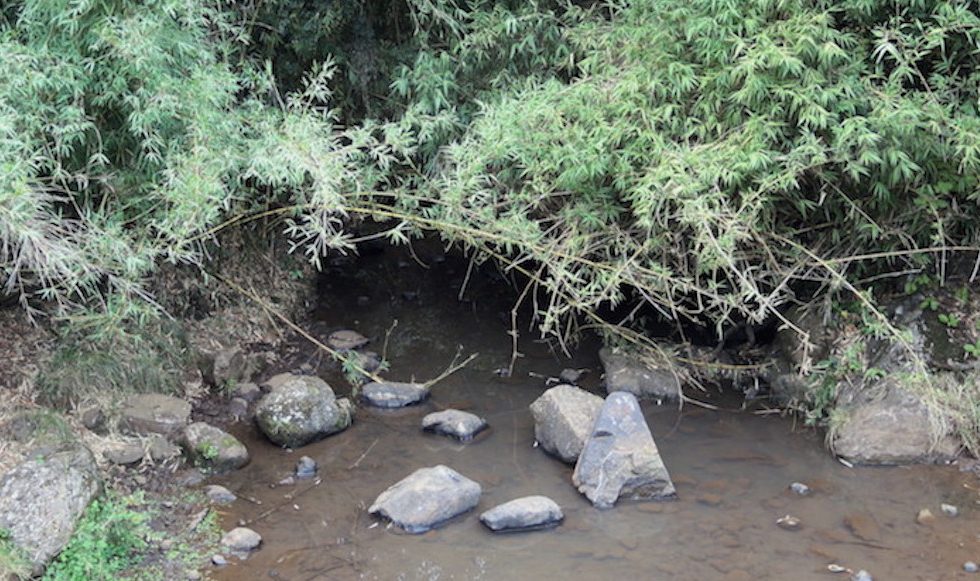 A trickle of water flows into Mapuche Territory in Chile.
Water-intensive industrial plantations of pine and eucalyptus trees have resulted in a serious lack of water in rural communities, and some communities have no water at all.  Photo: Langelle / photolangelle.org

Water justice in the time of C19: Valparaiso, Detroit and South Africa

The Blue Planet Project is deeply concerned about our friends on the frontlines of water justice struggles who are now dealing with the additional challenges of the Covid 19 pandemic.

In the wake of a global lockdown aimed at protecting vulnerable populations from the rapid spread of this deadly pandemic, millions of people around the world do not have access to homes in which to isolate themselves or access to vital water and sanitation services. As Indian doctor Jayshree Shukla put it: “Most of the ways toward the Corona off are accessible only to the affluent. In essence, a disease that was spread by the rich as they flew around the globe will now kill millions of the poor.”

We are raising funds to address the  urgent needs of the following grassroots organizations.

1. The Water and Sanitation Roundtable of Valparaiso, Chile

Valparaiso is the second most densely populated region in Chile.

Despite the tremendous wealth generated by a thriving tourism industry, copper mining and agriculture, the region has the highest number of informal settlements in Chile. In the city of Valparaiso, 22 percent of the population lives below the poverty line.

In December 2019, hundreds of homes in Valparaiso’s informal settlements were destroyed by wildfires in informal settlements. The destruction caused by the fire could have been avoided  if communities had adequate access to water. ESVAL, a private utility responsible for water and sanitation services in the area has refused to provide water and sanitation for people living in informal housing leaving them to fend for themselves when fires ravaged their neighbourhoods.  Today, the COVID-19 crisis has made the situation far worse for these vulnerable communities.

Women in poor communities are most deeply affected, given their disproportionate burden of care work supporting populations excluded from these vital services.

The Valparaiso Water and Sanitation Roundtable is a local grassroots organization seeking funds to bring basic supplies to these sectors in Valparaiso that are currently outside the formal city network. In addition to lacking access to water and sanitation services, school closures have left children without access to meals that were provided by schools. Having to purchase water for household needs means even less money for food and other essentials.

In the long term, the Roundtable is  participating in a national process to change the Chilean constitution to include provisions that would protect water as a human right and nationalize water and sanitation services.

The government of South Africa has declared a nation-wide State of Emergency and called for a  lockdown from March 26 to April 17. At the moment, public transportation, businesses and schools have been closed. People are allowed to leave their homes only for groceries and for medical purposes during this period. In the few days notice that was given before the lock down, communities and grassroots groups including the African Water Commons Collective doubled down on efforts to get water installed for communities without water, and only after protest were some communities successful.

In Cape Town water tanks were installed in one section of Khayelitsha, Cape Town’s largest township of over 350 000 people. In Witzenberg, a rural municipality about 140 km outside of Cape Town, organizers managed to get the municipality to agree to stop water and electricity cut offs (due to non-payment) for the duration of the lockdown, and have promised to reinstall water and electricity connections of those already cut off (due to a drive to install pre-paid water meters). But many areas of Witzenberg still do not have any water. The  mayor of Johannesburg has also announced such a moratorium on cut-offs.

But for those who never had tanks or taps, the moratorium will not help!  Moreover, communities fear militarized responses to non compliance of the lockdown- so far, 2 people have died in South Africa due to the virus, and 2 due to police brutality in the first two days of the lockdown.

The virus and state-level responses have exacerbated the inequalities in society. The virus spreads from the wealthy who have traveled abroad to the majority in South Africa who live in densely populated areas, without wifi, without decent housing, water, food or safety from structural, personal and gender- based violence. Now they are without access to work/income, or transportation to cross the highly segregated city in search of resources for daily survival.

The African Water Commons Collective works to establish autonomous Water Action Committees across South Africa.  The AWCC is part of the newly formed C19 People’s Coalition. This coalition is made up of over 100 organizations has been set up and together with local neighborhood-based Covid Action Networks (CANs), there is a rapidly growing effort to try and mobilize an alternative that is people-centered.

In 2014, the Detroit Water Department engaged in a campaign to disconnect public water at 59,990 residential addresses because of non-payment.  All of these scheduled service terminations were at the homes of Detroit residents where the head-of-household lived on a fixed income, or were low-income workers.  The effort to reverse that circumstance has been in full force since then, until now where lingering residential water shutoffs risk the lives of too many poor people.

Despite a much publicized announcement by the city of Detroit claiming all water connections as part of its response to Covid-19, tens of thousands of people remain disconnected.

As Maureen Taylor, President of the Michigan Welfare Rights Organization states: “ The call needed to fight this contagion is clear. Turn The Water On! All of it! We stand in solidarity with our sisters and brothers world-wide who are engaged in this same battle that weigh life and death in each moment.”

The Michigan Welfare Rights Organization is a union of public assistance recipients and low income people. MWRO volunteers advocate and intervene on behalf of its members — victims of poverty — when disputes surface between this population and service delivery agencies.