Water Contamination and Cancer: The Other Impact of Oil Drilling

Comodoro Rivadavia and Caleta Olivia are two pieces of the same puzzle: the basin of the Golfo San Jorge. Southern Chubut and northern Santa Cruz united by a common history, the extraction of hydrocarbons, which began in 1907 and a century later, by force of exploration and exploitation concessions, branched over more than 60 thousand square kilometers in land and sea.

Access to drinking water is not a new problem in the Gulf of St. George; in some cases it is the birthmark that the populations carry in the Southern Patagonia. A very widespread version – and equally questioned – adjudges the discovery of oil in Comodoro Rivadavia, in December 1907, in the search for water to supply the people born of the agricultural development of Ideal colony called the Sarmiento colony, established in 1897 south of Colhue Huapi Lake.

Fábula or not, from that moment the incipient port town became the cradle of the Argentine oil industry and, over the years, became National Capital of the Oil. Little by little the extractive activity relegated to a marginal place to the agricultural sector, and the access to the potable water continued being one of the main problems to be solved. In the valleys they stopped producing food and pasture, although the abandonment of these activities did not necessarily mean a traumatic event for the landowners, who began to perceive petroleum servitudes for interventions in their fields. 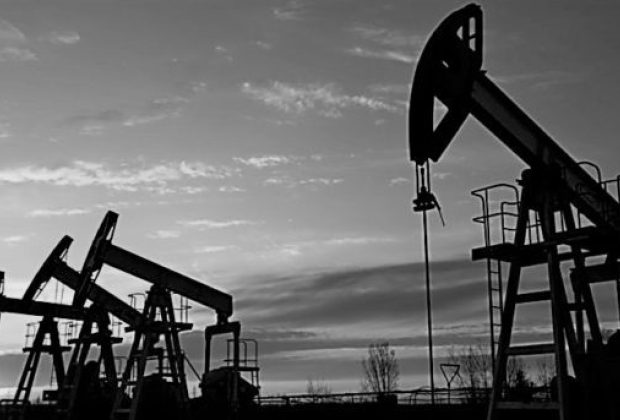 For the provincial governments and for the National Government this transformation was not traumatic, the strong bet for the region had not been agropastoral colonization but the latifundio; and from the hand of oil made rentismo a way of life and oriented – and orientate – the public policies to consolidate that matrix. This is true for Chubut and for the north of Santa Cruz, where the exploitation of the deposits near Cañadón Seco, first, and Las Heras, later, signaled the destination of sheep farming, which developed at the rate of ups and downs of the international price of wool. The territory was converted to oil, the sedimentary basin of the Gulf St. George gained surface and the wells were reproduced by thousands.

In Comodoro Rivadavia, Rada Tilly and Caleta Olivia – and other localities in that region – access to water is still a problem, and the demands and conflicts over water are a constant that deepens.

The complex structure is not only crossed by lack but also by quality: distrust is extended around its potability and there is no shortage of those who point to water as responsible for serious diseases.

How does it affect the health and quality of life of the population? Is water reaching households related to cancer cases and rare diseases reported by residents?

As in other communities in the country where certain extractive activities or industrial processes are carried out, the population of Comodoro Rivadavia and Caleta Olivia affirms that some diseases are more prevalent than in the rest of Argentina. The lack of statistics and research that give or take to that perception, transform these societies into territories of uncertainty.

“There are no statistics either private or government but there are a very striking number of patients with different types of cancers. We do not know why there is so much prevalence, if the prevalence has really increased,” says Néstor Sosa, surgeon at the Zonal Hospital in Caleta Olivia.

“I know there are a lot of breast, lung and especially rectal and colon cancers, which is what you see frequently when you go through oncology rooms,” says Sosa, who is also Assistant Secretary of the branch local of the Association of Workers of the State.

“Factors in common may be many, but the one that is most blamed, without having a scientific handle, is water. There is no serious study that denies or confirms it.”

Sosa also points to the high number of children with developmental disorders, learning and lowering of intellectual coefficients. “The number is quite alarming and exceeds the average one would expect; I do not think that studies have been done deep enough to have an etiological cause.”

There is a significant amount of cancers of the breast, lung and especially of the rectum and colon, that is what one sees frequently when it goes through the oncology rooms. The testimony of the surgeon physician is with Mara Márquez, head of pediatrics at the Regional Hospital of Comodoro Rivadavia.

“We have a high incidence of leukemia and tumor pathology, and unfortunately also the reality is not addressed here, are derived by lack of resources, we have no hemato-oncologist child” details. “We have the impression, without statistics, that there is an increase in oncological pathologies with respect to other sides,” he says.

“Unfortunately there is little epidemiological work in Argentina in relation to environmental issues and the environment relate to non-communicable diseases, such as cancer or other hemato-oncological important, pernicious anemia diseases. The health damage caused by certain environmental contaminants derived from petroleum is well studied at international level…”, explains the general practitioner.

Marquez argues that “Commodore would be an almost ideal for this situation, there are important sectors of the population could be studied, which have been in contact, which remain, because they live in areas where there was oil or business contacts wells. “Why are not they made? It’s not just for political or economic interests of the oil, which certainly are “immediately adds another factor, which becomes more complex than at first anticipated linear.” A lot has to do with negligence in the operation of our State for many decades, with the lack of sustainability of public policies.”

Dr. Mara Márquez says that Public Health in Comodoro Rivadavia “was small: we are attending SwissMedical, OSDE, Docthos. The best social work, the richest person in Comodoro Rivadavia, if your child is injured comes to this intensive therapy,” says the head of Pediatrics Regional Hospital there.

“The private sector is not able to attend because it has no specialists in the subject. Complications can be treated in cancer patients: a cancer patient with pneumonia, for example; but the underlying disease, cancer treatment, chemotherapy and lightning, can not do it,” says Néstor Sosa, regarding medical benefits in the north of Santa Cruz. “During a time the government policy was to try to undermine the private sector with the intention of strengthening the public sector. They were never able to strengthen the public sector, but they succeeded in undermining the private sector. So, with silver or without silver, the possibility of health care excellence here is very difficult to find.”

“How lucky is a patient with cancer in Caleta Olivia?” Asks Dr. Sosa.

“And, it’s problematic. There is a single oncologist who attends the Hospital Zonal, that if you are absent or take a vacation does not have anyone to replace it.”

It makes a silence, brief, and deepens. In that point of the story clarifies that they come from Los Antiguos, Perito Moreno, Las Heras, Pico Truncado, Fitz Roy, Jaramillo, Puerto Deseado and even, underlines the doctor, San Julián.”

The doctor who has in charge of oncology has more than one thousand patients in the list, not only here, but also in the interior of the province. In the absence of statistics, it can not be established whether, in the oil city of Las Heras, a pathology is more prevalent than in Puerto Deseado, for example.

“We only have the number of patients who are treated in a doctor’s office by solving the pathology of the moment,” clarifies the doctor. In cases of leukemias, lymphomas, which are oncohematologic pathologies Hospital Caleta Olivia has no hematologist and the person must move “to Comodoro, Buenos Aires or elsewhere.”

“There is no possibility of treating her here; in Santa Cruz there is no radiotherapy, you have to do it in the province next door [Chubut], which means that half of the treatment is outside. A patient who has to irradiate a brain metastasis, which lives in Los Antiguos, four hundred and a thousand kilometers, has to stay more than a month stranded only God knows where, to be able to do the treatment.”

What happens in the San Jorge Gulf Basin has to do with the type of society that is built around the extraction of hydrocarbons?