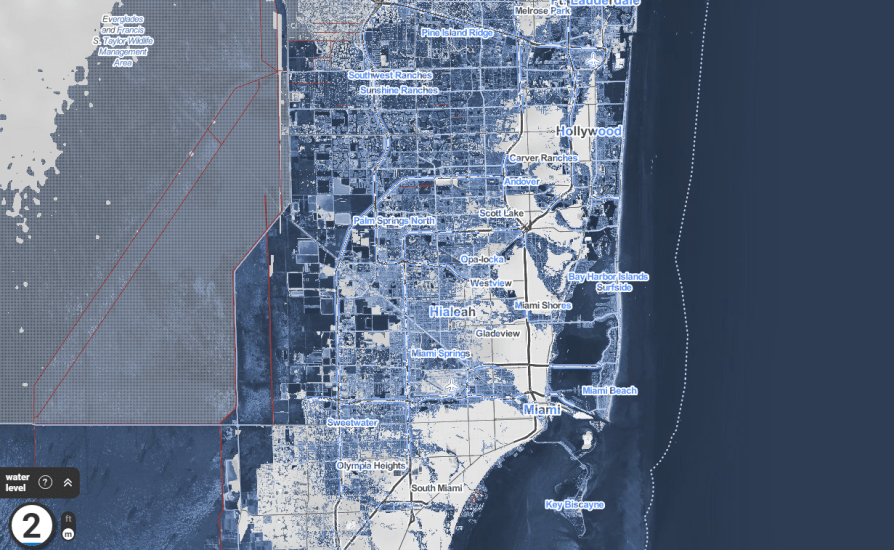 What two meters (around 6.5 feet) of sea level rise would look like in Miami. Areas covered in blue are considered below water level. (Climate Central)

The Washington Post reports that by neglecting to include the melting of Antarctica, we have vastly underestimated the potential for sea level rise over the next 80 years — and beyond, scientists say.

The 50-foot estimate is hard to imagine. The study essentially concludes that we could alter the face of the Earth over the next 100 to 500 years.

In the study’s projection for 2500, almost the entire state of Delaware would disappear. Much of Manhattan and Brooklyn would be reduced to just slivers of their current selves. The southern coast of Florida would end north of Lake Okeechobee. California’s Central Valley would flood from Modesto to Colusa, and the state capital of Sacramento would be entirely under water. And this says nothing about the millions — billions? — of people who could be displaced around the globe.