Via Center For Food Safety

90 different pesticide formulations.
Sprayed 2 to 3 times a week.
Up to 16 times a day.
No mandatory disclosure or notifications.
No regular monitoring.
LAWSUITS against three counties to protect their right to spray. 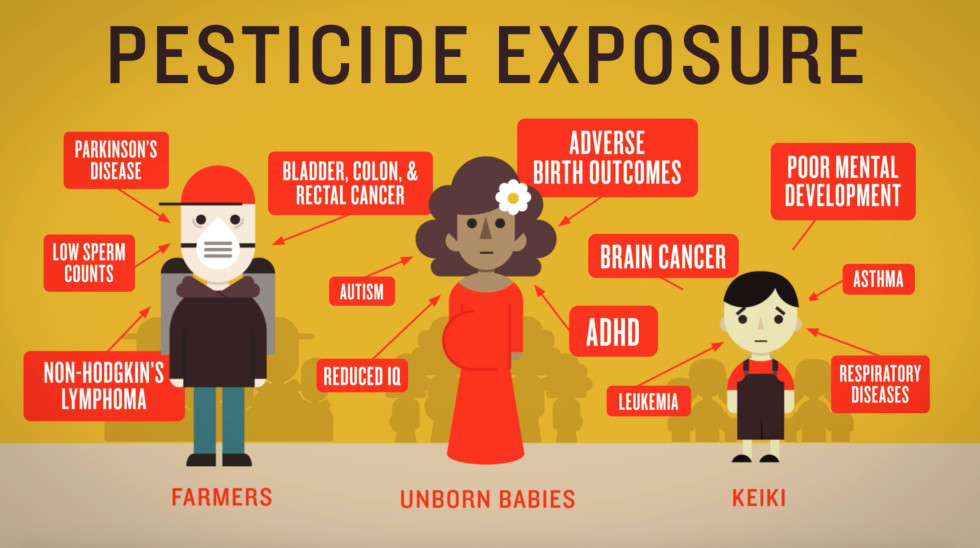 These are the dangerous pesticide practices we detail in our new animated video Pesticides in Paradise.

In the absence of state and federal protection, the counties of Kaua‘i, Hawai‘i Island, and Maui passed laws to protect the health of our keiki and ‘āina from pesticide-promoting genetically engineered (GE) crops. But agrichemical companies have sued all these counties to overturn these protections, and the fight for home rule is currently ongoing in the courts.

And now, Representatives in the Hawai‘i State Legislature are introducing a so-called “right-to-farm” bill that in reality is just an attempt to protect their right-to-spray toxic pesticides.

Sign on to Center for Food Safety’s Letter Opposing the “Right To Spray” Bill.

← WATCH: VICE Goes Inside the Controversial Worldwide Super-Crop Industry
A successful climate summit, but no progress for climate justice? →