At 9:25 this morning, the National School Florestan Fernandes (ENFF) in Guararema, São Paulo, which is the national school of Brazil’s Landless Workers’ Movement, was assaulted by civil and military police. 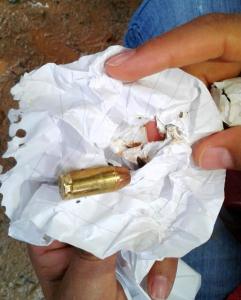 According to a translation of the MST’s website, “the police climbed over the gate of the school and the reception window and came shooting toward the people who were in school. The shrapnel collected from the bullets show that they were lethal bullets, not rubber bullets.”

The invasion took place at the school without a warrant, which is illegal. Before the action of lawyers, the police retreated.

In a statement, the MST said, “The MST repudiates the police action of São Paulo and demands the government and the relevant institutions to take appropriate action in this process. We are a movement fighting for the democratization of access to land in the country and unreasonable police action hurts constitutional and democratic rights.”

The Civil Police claim the MST-a major social movement in Brazil- is a criminal organization. This claim has been repudiated by several human rights organizations and even by Brazil’s Supreme Court.

The MST is known for direct action in support of landless peasants and against the misuse of land–including actions on International Women’s Day against industrial eucalyptus plantations and genetically engineered trees. In 2014 women from the MST and other social movements took action against a FuturaGene greenhouse growing GE eucalyptus seedlings.

As information becomes available on ways to support the MST, we will post it here.