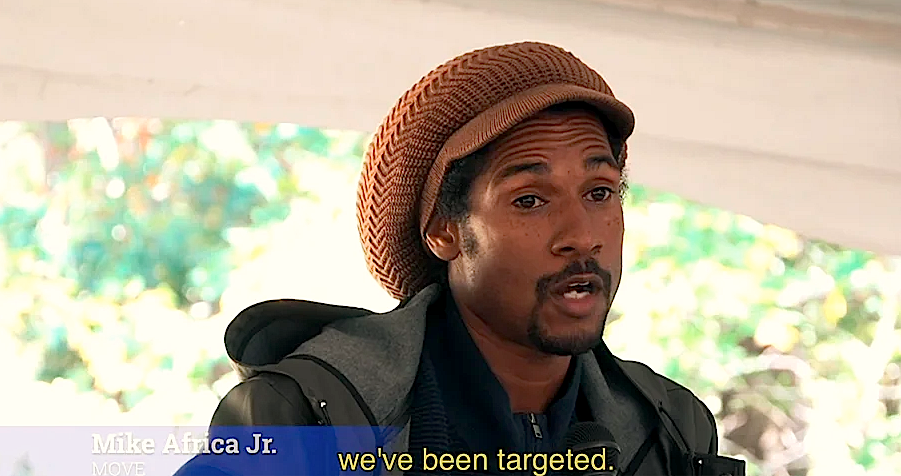 Let’s use these victories to encourage people to continue to press on in revolutionary action – Mike Africa, Jr.
More from MOVE:
We don’t believe in this reform world system – the government, the military, industry and big business. They have historically abused, raped and bartered life for the sake of money. These rulers and policymakers don’t care who they kill, enslave, cripple, poison or disease in their quest for money. They have made material wealth a priority over life. Marvels of science and technological so-called advancements all stem from the system’s greed for money and disrespect for life. But a person who is suffocating or drowning doesn’t call out for diamonds, gold, or wads of money. The person will do all in their power for a breath of air, because air is a necessity and money is worthless.
print