Video Short: Impressions of the Struggle for Freedom in Chile 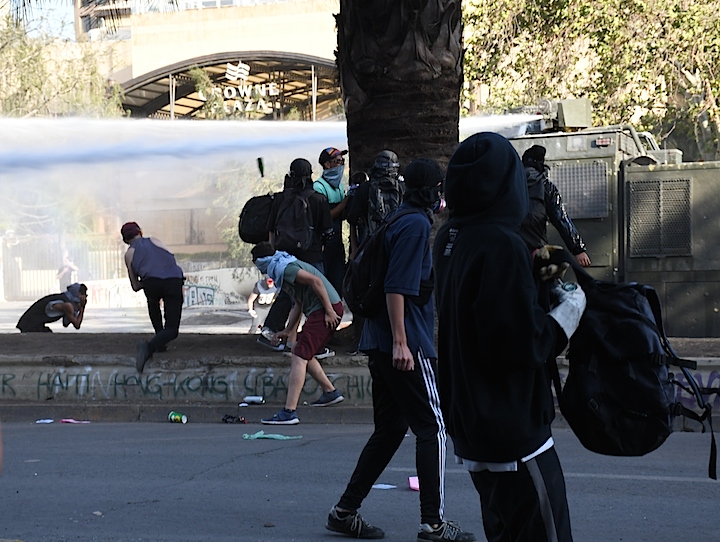 This video was shot on the first day the GJEP team arrived in Santiago at the street action near Plaza de la Dignidad (Plaza Italia), that is part of the ongoing public demand for a new constitution and an end to neoliberalism.  There has been no indication that the uprising is calming down or going away in the 2 weeks we have been here and tonight there is another major street action.
The Cumbre de Los Pueblos organized by our allies at OLCA, which we took part in and presented at, will have a bloc in the march to the Plaza demanding System Change not Climate Change and an end to the commodification of nature. Global Justice Ecology Project and Biofuelwatch will be marching with the bloc and posting photos and videos from the action as it progresses.  Stay tuned to our social media (FB, twitter and instagram) for more!

← Photo Essay: A Revolution Without Single Leaders. First Glimpses From Chile, 22 November 2019
The Imperative of a Constitution That Guarantees Human and Environmental Rights →