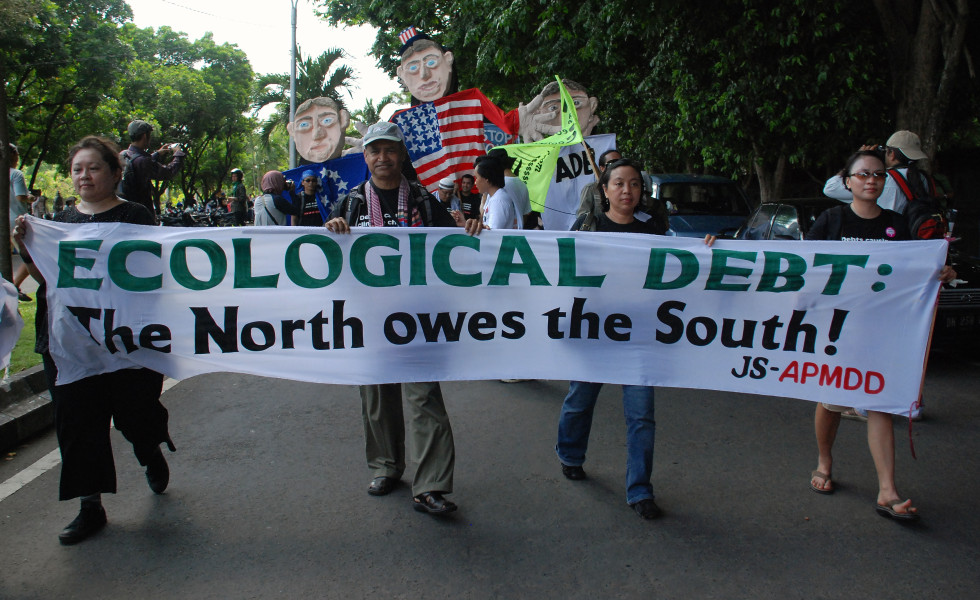 During the last major climate conference in 2012 in Doha, Tetet Lauron, a delegate from the Philippines, spoke of the devastating effects of Typhoon Bopha that hit the Philippines during that conference, killing hundreds. She said then: “I am Tetet. I am a citizen of the world. This is not an equal nor equitable or world — and I’ve had enough! To the wealthy, industrialized countries who are bracking and deleting away the survival of the people of the developing world [a reference to the rich nations’ tactics during negotiations over text]: You’ve used up more than the lion’s share of the world’s resources and you are historically the world’s largest polluters. We want you to commit — and honor those commitments. …”

Petermann is executive director of the Global Justice Ecology Project, which runs the climate-connections.org blog. She said today: “With Typhoon Hiayan ripping through the Philippines, we are once again staring climate catastrophe square in the face. This typhoon, with winds up to 230 mph is being called the strongest cyclone ever to make landfall. But it is likely just the beginning.

The report by the Intergovernmental Panel on Climate Change this past September was once again clear in its warning that a warming globe means more unstable weather. The waters of the Pacific that fed this typhoon were unusually warm, lending tremendous energy to the storm.

“Typhoon Haiyan is ravaging the Philippines only a few days before the opening of the UN Framework Convention on Climate Change in Warsaw, Poland on Nov. 11, where once again it is predicted that no concrete action to limit climate change emissions will take place.

“But this storm should be a wake up call to the UN negotiators in Warsaw regarding the concrete impacts of their decades of inaction.

“Typhoon Haiyan is once again demonstrating how countries in the Global South sit directly in the path of the consequences of greenhouse gas emissions historically put out by the Global North.

“We are trying to reach our colleague, Tetet Lauron, of the Peoples’ Movement on Climate Change, who is based in Manila for first hand word of this storm, but so far phone calls are not going through.”

← Poplar research for biofuel moves forward, but so does the Campaign to STOP GE Trees
Urgent Action Alert: GE Apple Comments to USDA Needed by Dec 9 →