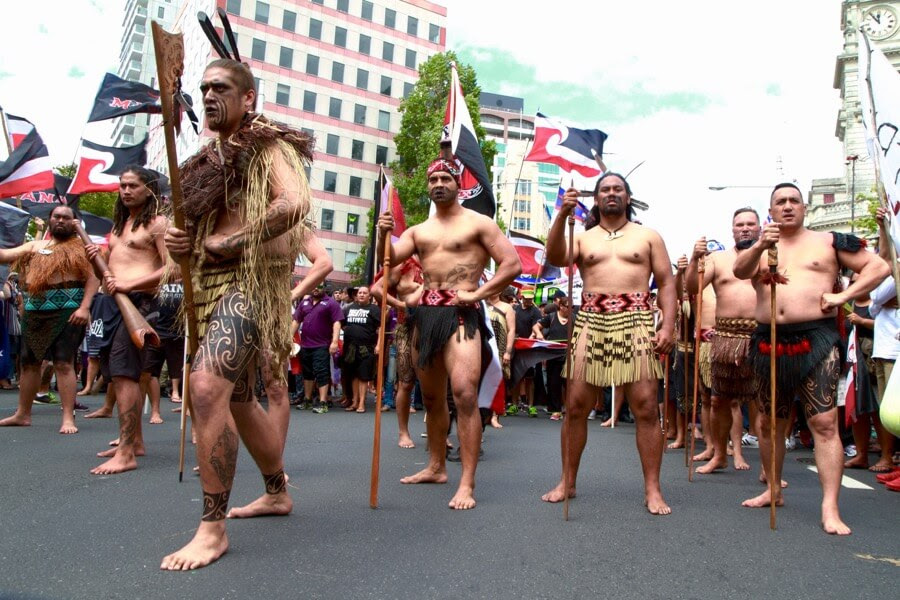 Chants, cheers, and the sound of honking cars echoed through the streets of Auckland on Thursday, as demonstrators took over the central city, protesting the Trans Pacific Partnership Agreement. Buchanan Cullen was there with his three children.

“The TPPA is that, the north Pacific have already destroyed their environment, coming here to New Zealand to rape and pillage the rest of the mountains, rivers, land, and oceans and the resources,” says Cullen. “And it’s, ‘stuff you all, we’re coming to take it, and, what are you going to do about it?’”

Representatives of 12 nations signed the controversial trade deal in a hotel-casino-convention center, and protesters weren’t far away. One group blockaded the building where the signing ceremony was held, while another went on a winding, noisy, hours-long march through the streets.

Both demonstrations reflected the fierce anti-TPP sentiment here that has formed into a veritable protest movement in recent months, one of the most vibrant and enthusiastic the country has seen in years. And it’s a movement in which Maori voices, like Cullen’s, have been prominent.

Like other New Zealand opponents to the TPP, Maori have voiced concern about foreign companies suing the New Zealand government under the deal’s investor-state dispute settlement clause. They’re worried about the price of medicine going up under the deal, and about the United States having an undue influence in New Zealand domestic affairs.

But a good portion of Maori opposition to the deal also has to do with the Treaty of Waitangi, signed in 1840 between Maori tribes, or iwi, and the British crown. Godfery says the treaty calls for the government to consult with iwi before entering into international accords, especially ones as broad and far-reaching as the TPP. And they didn’t. In fact, there’s a high-profile legal case underway alleging the TPP should be invalidated for just that reason.

In response, TPP proponents point to a clause in the trade deal stipulating it respect the Treaty of Waitangi. And indigenous law scholar Andrew Erueti says he’s glad the clause is in there.

Plus, Godfery says, the Treaty of Waitangi is the only indigenous treaty that’s even mentioned in the agreement. That’s a problem, too.

“A lot of people think Maori should be happy that they have this privileged treatment or this privilege in the deal, whereas if you looked at it from an indigenous solidarity perspective, you wouldn’t come to that conclusion,” Godfery points out.

The Maori are but one indigenous group the TPP will affect. Under the U.N. Declaration on the Rights of Indigenous Peoples, Erueti says, all indigenous groups have to be consulted before the government signs agreements that will have an impact on them, as the TPP will. In New Zealand, the TPP might affect ongoing battles over Maori land rights, although the government says it won’t. In other countries, the TPP could accelerate illegal exploitation of natural resources on indigenous land. We can’t know exactly what impact the TPP will have, Erueti says. And that’s the problem.

“We just won’t know, really, what the implications are because tribes have not had an opportunity to discuss it in detail. And that’s the reason why you have a participatory process, so that people are informed and know the full implication of government decisions that will impact upon them,” Erueti explains. “We know that it will impact upon them, but the full extent of the implications, no one really knows what the full effects of that is going to be.”

Of course, not all Maori are against the TPP. A national Maori business association has given the agreement its stamp of approval. But Maori opponents of the massive trade deal have drawn much more attention.

In addition to the Maori legal challenge to the TPP already underway, Mana, the Maori political party, has remained steadfast in its opposition to the TPP. Just this week, Prime Minister John Key struggled to find Maori performers willing to welcome the foreign diplomats to New Zealand for the signing with a powhiri ceremony. And then, there’s Waitangi Day.

In a spectacular case of awkward timing, Waitangi Day is Saturday, just two days after the TPP signing in Auckland. Waitangi Day is a national holiday here, like Columbus Day turned on its head. It celebrates the signing of the Treaty of Waitangi, the same treaty that claimants say the TPP violates.

It’s a tradition for prime ministers to celebrate the day in Waitangi, three hours northeast of Auckland. This year, some Waitangi elders who oppose the TPP say Key isn’t welcome.

“What I’ve noticed over the past couple of years is a key issue, it seems, with the Maori community, is a frustration with procedural rights when it comes to participation. And then this issue of the TPPA becomes a kind of flash point, it becomes a lightning rod for all of these concerns,” Erueti explains. “And so ultimately it’s about this question of the extent of tino rangatiratanga, for the tribes and political authority, having been shut out of this process completely, and having it signed on the eve of Waitangi Day rubs salt in the wound even more, is bringing these frustrations to the surface.”

But Key doesn’t seem rattled. He says Maori have been adequately consulted on the deal and anyone who opposes it or says it violates the Treaty of Waitangi is being disingenuous.

He’s canceled his trip to Waitangi, and has ignored calls for an open, public debate on the contents of the TPP. Over the next two years, New Zealand, like other TPP countries, is set to move ahead with the ratification process, changing its domestic laws to comply with the trade deal.

If all goes as planned, the TPP will come into force by 2018.

This article was originally published at Free Speech Radio News. Republished at IC under a Creative Commons BY-NC-SA 4.0 License 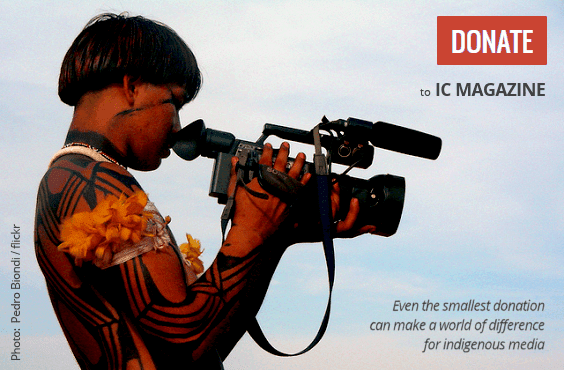