This month mark’s the one year anniversary of the assassination of Honduran environmental activist Berta Caceras . Caceras was a long-time ally to GJEP when this organization was working as ACERCA.  You can see our initial reporting on her assassination here.

The ¡Buen Vivir! Gallery for Contemporary Art and Global Justice Ecology Project dedicated the Climate Change, System Change (2016) exhibit to Caceras and to activist Gustavo Castro Soto, who was injured during the 2 March 2016 attack on Caceras in La Esperanza, department of Intibucá in southwestern Honduras.

Caceras’ Indigenous organization, COPINH, calls for a month of actions in March in remembrance of Caceras:

• Actions of protest, resistance and struggle against the deadly policies of transnational corporations…
• Actions to defend the bodies and lives of women in the face of the patriarchal and colonial system…
• Actions against the criminalization of grassroots movements, against militarization and commodification of the lands and all dimensions of life…
• Actions to denounce the Honduran State in front of its embassies in every country of the world…
• Actions of solidarity with COPINH and with the organizations of the grassroots Honduran social movement…
• Actions to spread the thinking and example of Berta’s life…
• Moments of reflection and spirituality…

The following is Part One of the ¡Berta Vive! series from Otherworlds.org: 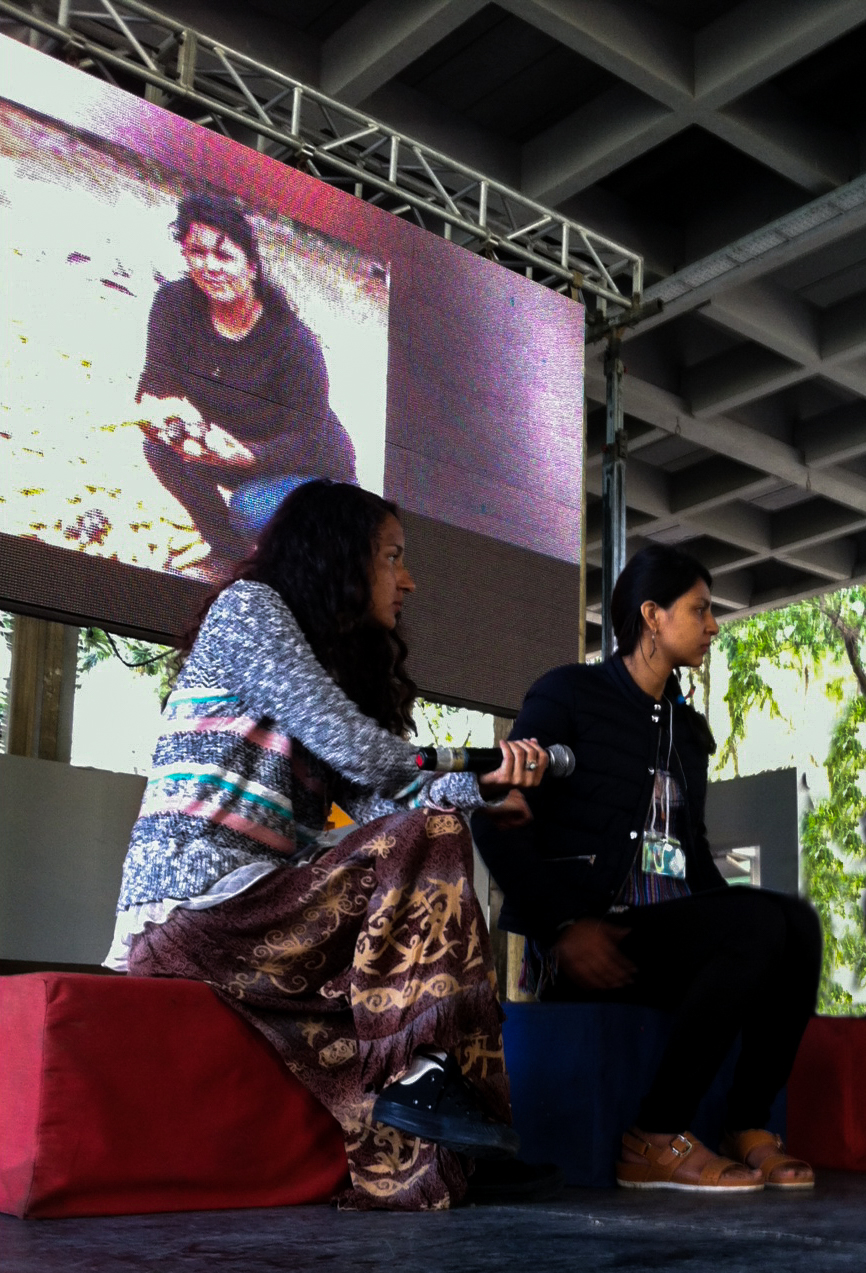 One year ago today, Berta Cáceres was murdered by the national and local Honduran government and a multinational dam company, with at least the tacit support of the US. Last September, all the evidence Cáceres’ family had collected over many months was stolen, almost certainly by the government. The government has also refused to share information with the family and to allow independent parties like the Inter-American Commission on Human Rights to help with the process.

Please contact your US congressperson to urge him or her to endorse the Berta Cáceres Human Rights Act, which is being re-introduced today, March 2, 2017. It compels the US government to cut military aid to Honduras until it improves its human rights record. Please spread the call to your networks, too.

The legacy of Cáceres’ vision and work lives on. Here, two of her daughters discuss Cáceres’ political, spiritual, and intellectual heritage.

Beverly Bell: How do you see your mother’s legacy?

Berta Zúñiga Cáceres: It’s a legacy of strong commitment and also many accomplishments. What stands out most is how Berta was able to recover identity, culture, spirituality and cosmovision for indigenous peoples, specifically the Lenca people. This translated into organizing Lenca communities to confront development models that conflict with indigenous ways of understanding the world.

In her 44 years, she achieved so many things – of course, as part of collective work. She didn’t view her role in a top-down way, as in “I’m saving the people,” but rather she recognized the values that were already there but had been made invisible. These related to popular communication, political training, and principles of anti-capitalism, anti-patriarchy, and anti-racism – both within the organization and in society at large. She was always very clear about these principles, above all regarding women.

Laura Zúñiga Cáceres: One of the things my mom leaves behind is the necessity of questioning the status quo, and from there, of using effective actions to confront the status quo. That’s why it’s so important to get organized collectively, to magnify the impact of those actions.

One of the most beautiful things about my mom was her rebelliousness against economic and cultural systems, against imposed social roles. She struggled based on her own way of seeing the world, but was also enriched by dialogue with people who saw things differently than she did. All this work was done starting from the point of view of strengthening the collective, and of bringing out the best in people.

BZC: One thing that’s so important, especially for young people, is to feel that they’re actors in their own history, to see that things don’t just happen but rather they happen because we as human beings construct our own history. Berta never became paralyzed by the world or conformed to it, because she lived by the principle that you have to struggle for the world that you want.

She insisted that all people must take responsibility for this historic moment we find ourselves in. And taking responsibility means acting, it means doing difficult work. Sometimes we might lose our way, but this is the only way to change it.

LZC: Another thing that my mom had was the capacity to be happy, to not let herself be put down by anyone but to be joyful. Sometimes it was hard, but in the middle of any situation, instead of saying, “What’s happening is so terrible,” she would laugh. It was another tool of her rebellion, and was also a way of constructing new ways of living.

BB: Many people see COPINH’s work as defensive: the defense of water, land, indigenous peoples, etc. But we know that there’s a broader vision. I think it’s the depth and integration of this vision that distinguishes COPINH, along with the Zapatistas, Sandinistas, and some other revolutionary movements. What can you say about that alternative vision?

BZC: It’s a very rich vision and one that exists among many indigenous peoples. It has to do with building a logic that’s completely opposed to the hegemonic way of thinking that we’re always taught. The vision and proposals are defiant, totally different than the academic, patriarchal, racist, positivist vision of the world. They include relations between people that are much more communitarian and collective, and that also have a strong relationship to the global commons and to nature, defying the dominant anthropocentric vision. They relate to spirituality and the relationships we have with all living beings – a holistic vision of life.

Indigenous people find themselves battling extractivism, companies, mining, because that’s the battleground where these different ways of knowing, of feeling, of cosmovision play out.

This is the wealth of indigenous peoples. But it also represents a threat for the economic model that’s based on profits and money, and that’s developed through repression and exclusion.

LZC: A system that’s this violent is always going to require a large amount of defensive work, which takes a lot of energy. It’s very hard to create things proactively, because you’re always just struggling to survive. And that’s a big victory for capitalism.

As indigenous people, we have a culture of resistance and rebellion which is what has allowed us to survive. We challenge the system using creativity, a different kind of logic, and the recovery of our history. This goes beyond direct confrontation with the system. Our creativity, our history, and also our struggle are implicit in everything we do.

With COPINH, our ancestral, indigenous cosmovision allows us to imagine another world.

BB: What does democracy mean for you? What vision of democracy does COPINH have?

LZC: The word “democracy” has been distorted. It’s excluded indigenous peoples, negated them.

The depth of real democracy lies in what COPINH does: building indigenous councils and grassroots assemblies from the most local level all the way to the general assembly [where all members discuss and vote on key issues]. The ability to give your opinion, to speak, in all spaces and at all levels, is so important. It’s is an opportunity for all people to participate and be included – and not just as people, but as living beings.

This involves the capacity not only to speak, but to transform your own reality.

BB: Would it make sense to you to take the vision you’re talking about in local and communitarian terms, and extend it to national and transnational political and economic systems? Or would this be contradictory to your vision of building from below?

BZC: Whatever it is we decide to build – including to destroy and reconstruct global structures – if it is to be done in an authentic way, it must begin with a dialogue in the communities, locally, and then move regionally and globally.

BB: Is there something else you’d like to add?

LZC: I want to add that the struggle of indigenous peoples, and also of other sectors, is a struggle for life. We’re protecting the possibility that we may continue living in this world.

We also have to seek happiness, in a collective way. We believe that it’s possible to live differently, to have harmony for all people and not just for a few.