The Social, Environmental, and Climate Costs of Amazon Crude 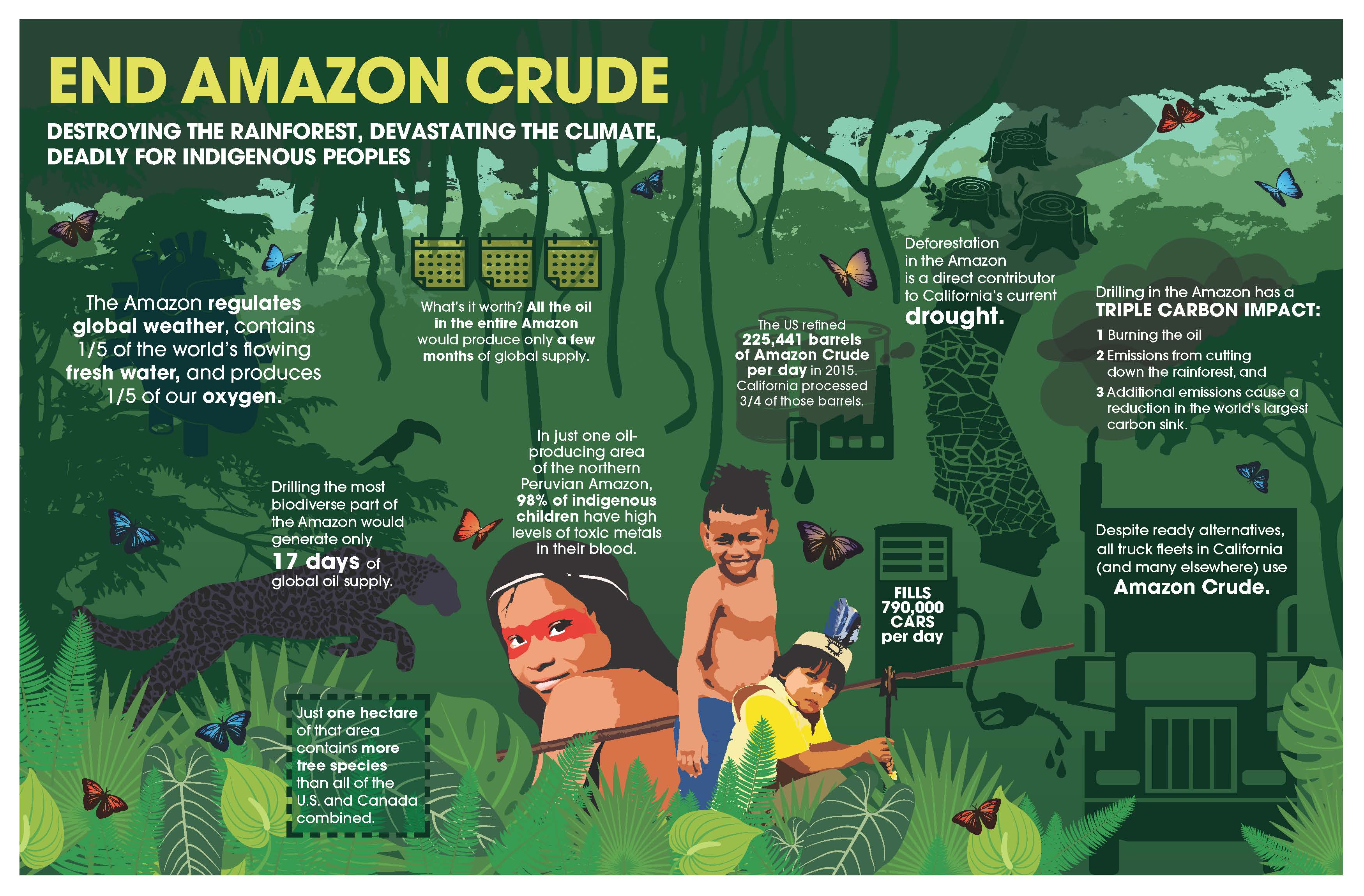 Amazon Watch is issuing a new call to the consumers and companies in the U.S. and around the world: End Amazon Crude! With the release of a new investigative report, an animated video by long-time ally and Pulitzer Prize winning animator Mark Fiore, an infographic, and a petition to demand that refineries in the U.S. stop sourcing crude from the rainforest, the campaign to End Amazon Crude kicks off with a bang, and we want you to join us in this important call to action.

In From Well to Wheel: The Social, Environmental, and Climate Costs of Amazon Crude, Amazon Watch tracks crude extracted from oil wells in the western Amazon rainforest to refineries in the United States and ultimately into cars and trucking fleets across the country.

This is the first thorough analysis of Amazon crude from its source to its final end use, and it demonstrates the devastating environmental, social and climate impacts of oil drilling in the global treasure that is the Amazon.