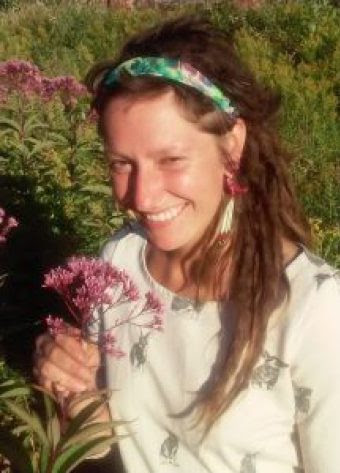 On February 4, while supporting the No DAPL struggle, Krow (Katie Kloth) was assaulted and arrested by a Bureau of Indian Affairs officer.

Krow was walking on a public road, away from the Sacred Stone camp, when she was chased down by the officer. It is believed that she was specifically targeted because of her ongoing involvement and visibility within the No DAPL resistance, which had resulted in two arrests on misdemeanor charges previous to this incident. Krow was also known at Standing Rock for being an advocate for creating a unified front in fighting the pipeline.

Krow has been charged with violation of felony probation and is being held at Morton County Correctional Center. The probation is from previous charges stemming from an environmental protest against mining in the Penokee Hills in 2013, for which she served nine months in jail. After a recent bail reduction hearing, Krow was assigned a cash-only bail of $100,000. She cannot be bonded out—the stipulations of the judge require that the full bail is paid before she can be released. Click here to donate to her legal support.  The support team is trying to get Krow out of jail quickly due to the mistreatment other water protectors have received in this particular facility.

Here is a video captured of the incident:

As Krow states, “We must negate state repression by protecting ourselves and land-bases therein; we must not give our people up, and recognize that to be in solidarity with one another is more akin to the idea of ‘harmony’ than ‘unity.’ Harmony implies that we can all do different things within the same song, and still find conclusion together.”

Whether you are a direct action environmental activist or simply support the No DAPL struggle and protection of the land and all of its people, please support Krow, in solidarity with all things wild and free.