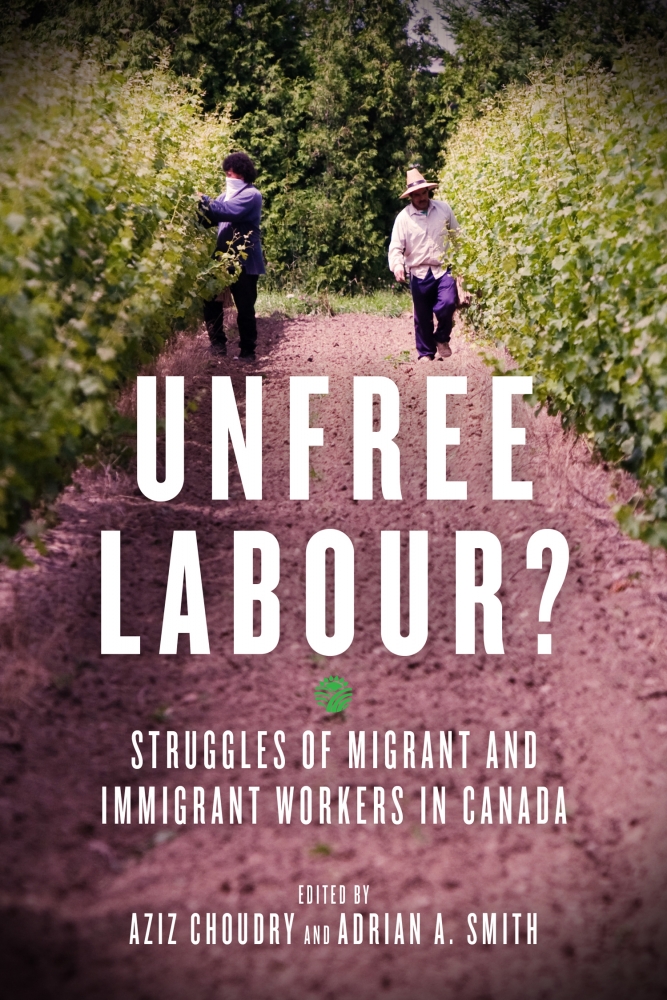 Over the past decade, Canada has experienced considerable growth in labour migration. Moreover, temporary labour migration has replaced permanent immigration as the primary means by which people enter Canada. Utilizing the rhetoric of maintaining competitiveness, Canadian employers and the state have ushered in an era of neoliberal migration alongside an agenda of austerity flowing from capitalist crisis. Labour markets have been restructured to render labour more flexible and precarious, and in Canada as in other high-income capitalist labour markets, employers are relying on migrant and immigrant workers as “unfree labour.”

This book explores labour migration to Canada and how public policies of temporary and guest worker programs function in the global context of work and capitalist restructuring. Contributors are directly engaged with the issues emerging from the influx of temporary foreign workers and Canada’s “creeping economic apartheid”—the ongoing racialization of economic inequality for many workers of colour. The collection also examines how migrant and immigrant workers have organized for justice and dignity in Canada. As opposed to a good deal of current writing that often ignores the working conditions and struggles of racialized migrant and immigrant workers, the authors contend that migrant workers, labour organizations, and migrant worker allies have engaged in a wide range of organizing initiatives with significant political and economic impacts. These have included both court challenges to secure legal rights to unionization and grassroots alternatives to traditional forms of unionization through workers’ centres.

“The authors of Unfree Labour have done us a great service, reporting and theorizing from the front lines of migrant and immigrant worker organizing in Canada. They’ve produced an internationally important book. The specific stories resonate with a global narrative, in which workers in poorer countries are freed to bring their labour to serve the rich, and are then rendered permanently vulnerable through the collusion of employers, police and government agencies. This bitter liberty is, however, being fought: look for inspiration in the reflections by organizers on resisting racialized capitalism, and the victories they’ve achieved, far from the media’s gaze, in fields, factories, fast-food and homes.”
—Raj Patel, author of The Value of Nothing and Stuffed and Starved

“Analyzing the contemporary production of ‘unfree’ labour in Canada’s immigration and neoliberal economic policies, this book makes an excellent contribution to the fields of labour and migration studies. Grounded in the struggles of migrant workers against racialized bondage, the studies presented by Choudry and Smith draw much needed attention to one of the most important movements of our times. A must read for all concerned with labour rights and economic justice in an increasingly polarized world.”
—Sunera Thobani, author of Exalted Subjects: Studies in the Making of Race and Nation in Canada

“Choudry and Smith have put together an impressive collection of authors who reveal the ugly truth about Canadian so-called values: that Canada is a willing participant and leader in the exploitation, racialization and commodification of human labour on stolen land. They reveal much about a human dignity that shines a light on the Canadian hubris and myth of being a champion of ‘human rights’ as families and people are torn asunder in the name of profit and privilege.”
—David Bleakney, second national vice-president, Canadian Union of Postal Workers

“Unfree Labour systematically shows how rapacious capitalists and the state thrive and secure profits through the systematic subordination of women, nonwhite, and migrant labourers. The chapters document that exploitation, so reminiscent of feudalism and early capitalism are ever-present in our modern capitalist system in the West. The chapters in this book provide chilling accounts of the constrained lives of domestics, agricultural labourers, and the growth of temporary foreign workers, so dependent on removing and denying rights that were achieved over the past two centuries. Choudry and Smith have assembled a comprehensive and outstanding book that is essential for all scholars of the labour movement.”
—Immanuel Ness, editor of New Forms of Worker Organization: The Syndicalist and Autonomist Restoration of Class Struggle Unionism

Aziz Choudry is associate professor in the Department of Integrated Studies in Education at McGill University and visiting professor at the Centre for Education Rights and Transformation, Faculty of Education, University of Johannesburg. He is author of Learning Activism: The Intellectual Life of Contemporary Social Movements(University of Toronto Press, 2015), coauthor of Fight Back: Workplace Justice for Immigrants (Fernwood, 2009), and coeditor of Learning from the Ground Up: Global Perspectives on Social Movements and Knowledge Production (Palgrave Macmillan, 2010), Organize! Building from the Local for Global Justice (PM Press/Between the Lines, 2012), and NGOization: Complicity, Contradictions and Prospects (Zed Books, 2013). He serves on the board of the Immigrant Workers Centre, Montreal.

Adrian A. Smith is an activist-scholar with interests in the legal regulation of labour migration in historical and contemporary forms. He has published in the Canadian Journal of Law and Society and Socialist Studies and is currently completing a manuscript tentatively entitled Migration, Law and Development situating Canada’s temporary labour migration programs in global history and socioeconomic development. He is a member of Justicia For Migrant Workers. In July 2011, Adrian joined Carleton University’s Department of Law and Legal Studies.