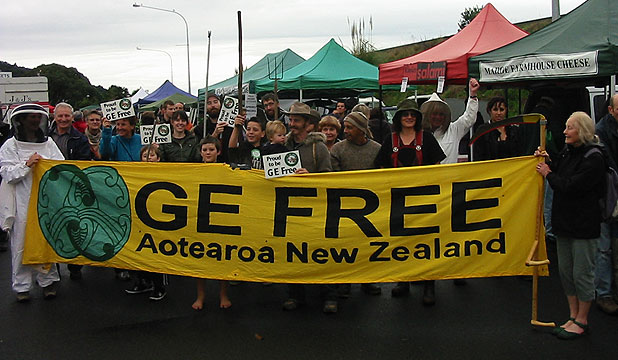 The government of New Zealand are being accused of legislating by stealth by tearing down local protections that prohibit GMOs and GE Trees.
The proposed National Environment Standard on Plantation Forestry (NES-PF) would loosen restrictions on genetically modified pine trees and force councils to remove wording around genetically engineered trees from their policies and plan changes.

Whangarei District Council team leader of futures planning Kerry Grundy said the GMO
provisions seemed to have come “all of a sudden”.
“People are saying: why have you slipped this in? It’s overriding what councils want to do. If we have provisions around GM pine trees – which we do at the moment – we will have to take them out,” he said.

Read the full article from the Northern Advocate here.