Statement on International Day of Struggle Against Monoculture Tree Plantations 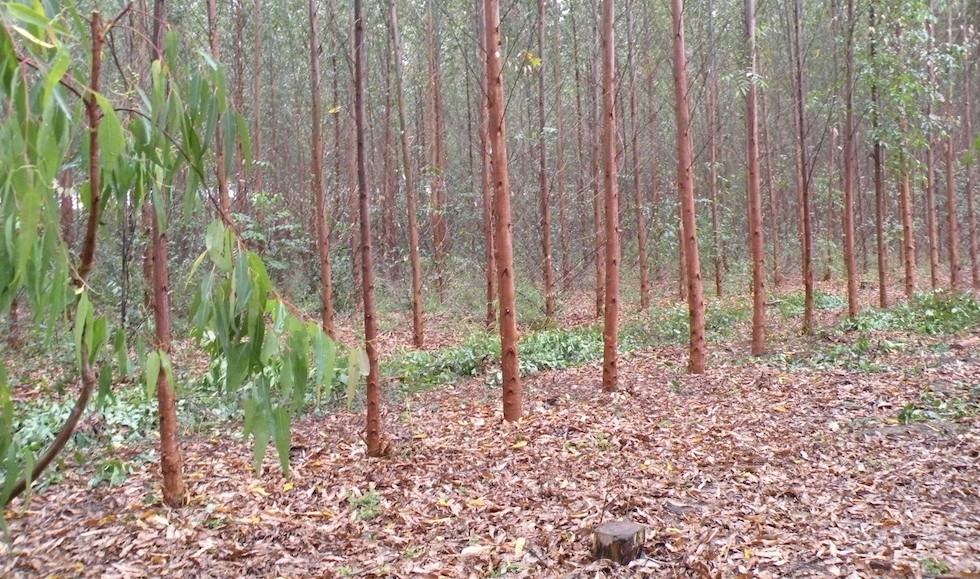 New York– September 21, 2020 marks the 16th International Day Against Monoculture Tree Plantations. The Day was created in 2004 by rural communities in Brazil in opposition to industrial monoculture tree plantations that drain natural resources, destroy biodiversity and negatively impact rural inhabitants and Indigenous Peoples. These plantations are known as Green Deserts in Brazil due to their devastating impacts.

In Chile, water-intensive eucalyptus and pine monocultures, combined with climate change-induced heatwaves and drought, have led to record-breaking wildfires. Plantations in Chile are called Green Soldiers as they march steadily forward destroying all in their path.

Industrial monoculture tree plantations are also prevalent in Africa, where large eucalyptus plantations have replaced the biodiverse native grasslands and disrupt the lives of locals. These plantations are called Green Cancer in South Africa as they uncontrollably spread their destruction into native ecosystems.

Global Justice Ecology Project has signed onto a letter spearheaded by the World Rainforest Movement that seeks to warn governments and NGOs in the Global North of the environmental degradation and injustice that monoculture tree plantations present to the Global South.

GJEP has released the following statement:

Industry, governments and organizations like the UN collude to pass off these biological deserts as planted forests. This serves the purpose of detracting from the global deforestation crisis by pretending these green deserts serve the same function as forests, which they clearly do not. Monoculture plantations, often composed of non-native invasive trees heavily inundated with toxic chemicals drain resources such as fresh water and displace biodiversity, local communities and Indigenous Peoples. Meanwhile in the Global North, they are presented as a ‘green solution’ to climate change and fossil fuel independence.

Increasingly, ecological crises such as climate change and invasion by pathogens are being used by corporations and researchers as excuses to legalize genetically engineered (GE) trees and use them in industrial plantations. In reality, GE trees are not being developed for conservation, but for predominantly for traits that include faster growth and easier processing – properties that make GE tree plantations more profitable and hence, more likely to spread onto new lands–lands occupied by communities or native ecosystems.

The resistance to monoculture plantations in the Global South has been tremendous, including major opposition to the introduction of GE trees.

Global Justice Ecology Project stands in solidarity with rural communities and Indigenous Peoples around the world in saying no to monoculture tree plantations, genetically engineered trees and the colonization and environmental exploitation that they bring.”