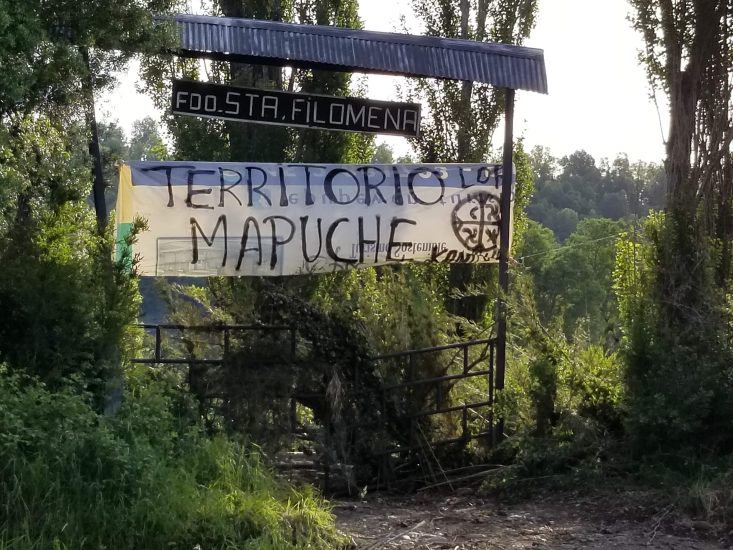 CORRECTION: Updated information on this tragic situation reported in the article by Al Jazeera points out that the young man who was killed by Chilean National Police on July 9th was not the son of a Mapuche leader.

From the publication interferencia.cl (translated by google)

Who was Pablo Marchant, the CAM weichafe murdered on a farm in Mininco this Friday

His close circle called him “Toñito” and they will say goodbye to him in an eluwun, that is, in a traditional funeral to fire a weichafe (warrior). “He lived as he wanted to live, under his convictions,” says Héctor Llaitul. Pablo Marchant will be buried in a place in the process of territorial recovery.

During the afternoon of this Friday, July 9, in the middle of a confrontation in the Santa Ana de Forestal Mininco farm, Pablo Marchant Gutiérrez, 29, died after being shot in the head by a policeman. Although the facts are still not very clear, it is known that Marchant died at the scene, while a forest worker, Ceferino González, was injured and is in serious condition.

Pablo Andrés Marchant Gutiérrez studied part of his school teaching at the National Institute in Santiago. According to the Servel data, he had an official address in Renca, however, he had no longer lived in Santiago for years. He was a former student of Anthropology at the University of Concepción.

Pablo did not have Mapuche surnames, but he has Mapuche ancestry from his grandmother’s side, “he had an identification with respect to that tuwün -territorial origin- and küpalme -ancestors- he felt very well connected when he entered to study, he felt very identified”, account a close. When he was in college studying anthropology, Pablo Marchant, or “Toñito” as his close circle called him, already participated in support networks and workshops linked to the Mapuche cause. They describe him as a young man “eager for knowledge, reading and struggles, very respectful and cheerful.”

The son of a leader of Chile’s Mapuche people has been shot dead by police in the restive Araucania province, local media reported, in a potential blow to attempts to improve relations between the state and Indigenous people.

The shooting on Friday, reported to be during a confrontation between police and alleged intruders at a forestry company, is likely to inflame tensions in the region.

Indigenous people have claimed for decades that their territory has been illegally requisitioned by agriculture and forestry companies acting with state complicity.

The victim was Ernesto Llaitul, 26, according to the media reports citing the Chilean prosecutor’s office. He was the son of Hector Llaitul, a Mapuche leader described as a spokesman for the activist group Coordinadora Arauco-Malleco.