Note: Please visit the film’s website for the trailer and for information about ordering the film.

This new award-winning documentary by Swedish-American journalist, creative activist and filmmaker Eleanor Goldfield, tells a story of the struggle and resistance against the exploiters of the people and land in West Virginia. And Goldfield tells it with hard-hitting reality of what is not taught in popular American history. Hard Road of Hope explains the peoples’ history of the region through the voices of people who still remember. Those people interviewed tell the stories of the horrendous impacts of the coal and fracking industries.

I know a bit about the coal mines in West Virginia, especially about the Matewan miners’ conflict with mine owners in the 1920s and their miner’s union saying, “Equal rights for blacks and whites!” I also am familiar with struggles of people that are dealing with the results of fracking. But Hard Road of Hope was enlightening to me because it digs deeply into the reality of the condition of many inhabitants of West Virginia. A reality I was not aware of. Reality can be shocking.

Filmed on location in West Virginia, Hard Road of Hope astutely digs into the history of the exploitation of the region’s workers and land. And this is also a region where over the years different colonizers came through, stealing Indigenous Peoples’ land in the name of so-called progress. 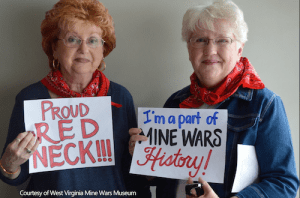 A Hard Road of Hope shed many misconceptions that are taken for granted, such as West Virginia gaining statehood because there was not slavery. In fact there were slaves and slave owners but it was granted statehood because President Lincoln made a deal with landowners to keep a supply line going to Union troops. Not so groundbreaking but interesting nonetheless is the origin of the term redneck. In the early days of mining, people from many different countries, culture and languages ended up in West Virginia. That was by design. Northern industrialists brought in folks from Ellis Island to then Virginia to become miners. The industrialists made sure they spoke many different languages so they would not be able to communicate with each other and organize. Rednecks were miners who wore red bandanas around their necks as a symbol of unity and to identify as part of the movement to self-organize.

Goldfield captures the thoughts of residents who know how industry and government work together to maintain profit over people and how corporations spread fear to manipulate people who live in a forgotten cast-aside resource colony. It appears a whole generation looks to the future with no hope.

The opioid crisis found West Virginia. It was unfortunately easy. The people here in this part of southern Appalachia live in a culture built on isolation, exploitation and abuse – a culture that destroys community. The greed of big pharma and the resource-extraction industry came together to create capitalist catastrophe.

Hard Road of Hope explains how the people in this region are led to believe the life here of exploitation is normal. In fact, brainwashing and psychological warfare have taught folks here for generations that this is how it should work, from their exploitative jobs to their mis-education. When people hear the lies over and over, they begin to sound like truth. Nazi propagandist Joseph Goebbels would be pleased.

Fortunately not everyone has succumbed to this indoctrination. The people who appear in the documentary know it is not the people who work here that are at fault. The fault lies in corporate America and global corporate interests. 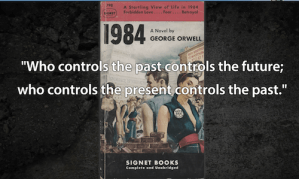 The interviews in Hard Road of Hope allow people to tell that story of control. The stories in this documentary are many and watching it unravels what should be in front of all of our eyes in all of our struggles. Goldfield pries the viewer’s eyes to open to see how the use of radical history is a tool we need to see where we come from so we can clearly see the now and build a just future.

The use of radical history in a more authoritarian world can disrupt the sense of inevitability and hopelessness so many people feel. It digs out alternatives that powerful elites cover up or falsify for their own ends – alternatives displaced by a falsified, commodified version of reality that elites want society to believe – a controlled dominant social orchestration of forgetting, leading to historical amnesia.

I hope everyone interested in learning hidden historic truths watches Hard Road of Hope. It should be available to the public in every library. Community organizations and non-profits should have screenings for their constituencies.

Hard Road of Hope is not just about West Virginia. It could take place in any state in the U.S. or for that matter, just about anywhere on this planet. All one has to do is change the names of the exploiters and who and what is being exploited. This is a story of resource colonization – but it is more than that – it is a story of systemic oppression. As Goldfield says, “This shared systemic oppression, though it looks different for everybody, this is where we meet at this intersection on the hard road of hope…”

The video ends but also shows that the story is just beginning.

WATCH: Hard Road Of Hope is available for screenings and educational purposes. Please visit the film’s website for the trailer and for more on ordering and other information. https://hardroadofhope.com