Protests against genetically engineered trees happened at Brazilian Embassies and Consulates all over the world–on six continents–over March and April of this year to tell the Brazilian government to reject FuturaGene’s GE eucalyptus trees.  Check out some of these actions below.

Read the whole update and see all the pictures here!

Calling for Brazil to reject GE trees, more than forty participants from the Forest Movement Europe and the global gathering of the Environmental Paper Network protested at the Brazilian Embassy in Brussels today. Read more.

Photo tweeted by Graciela Romero (@grarome) at War on Want. 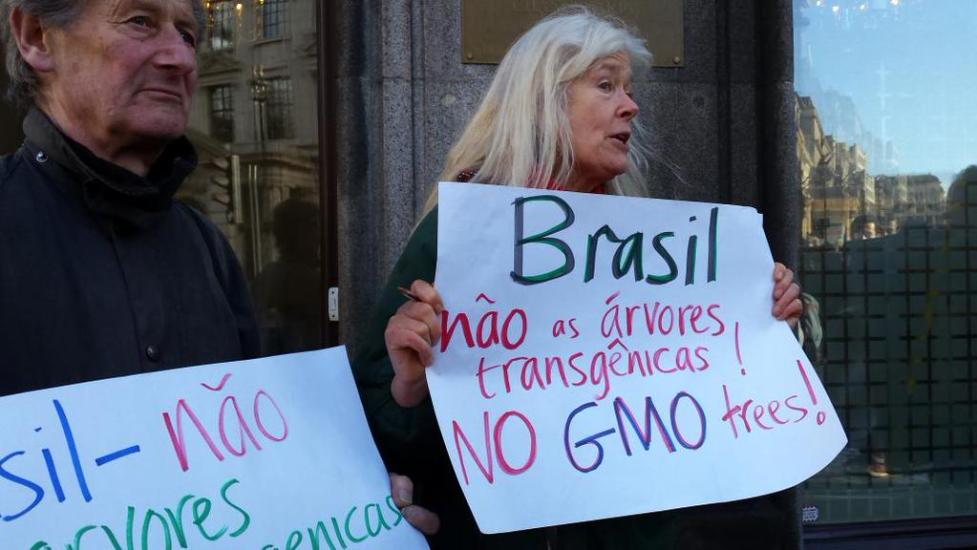 Video and Photos from Miami, 31 March 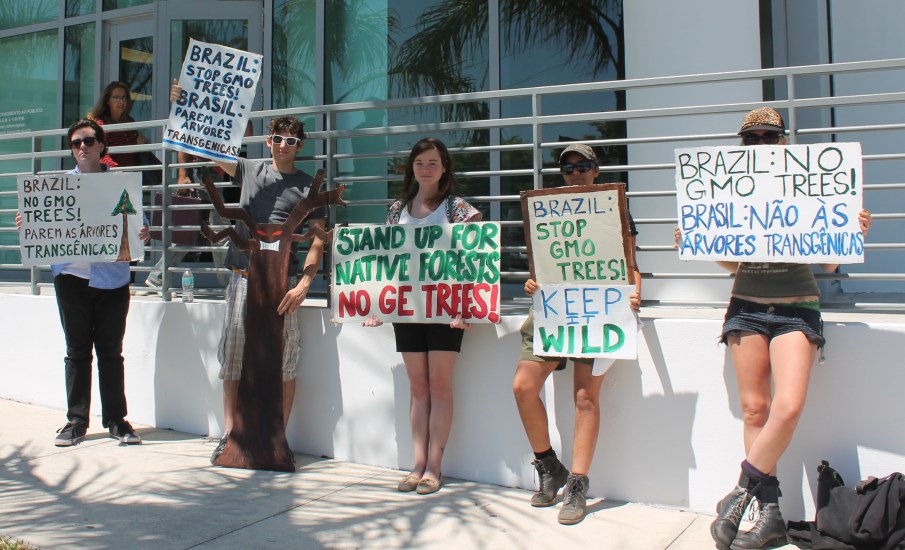 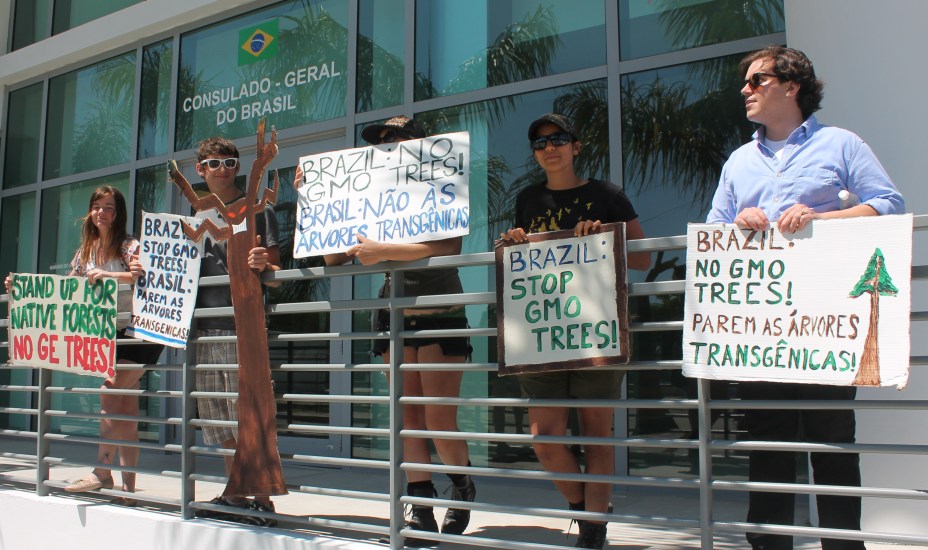 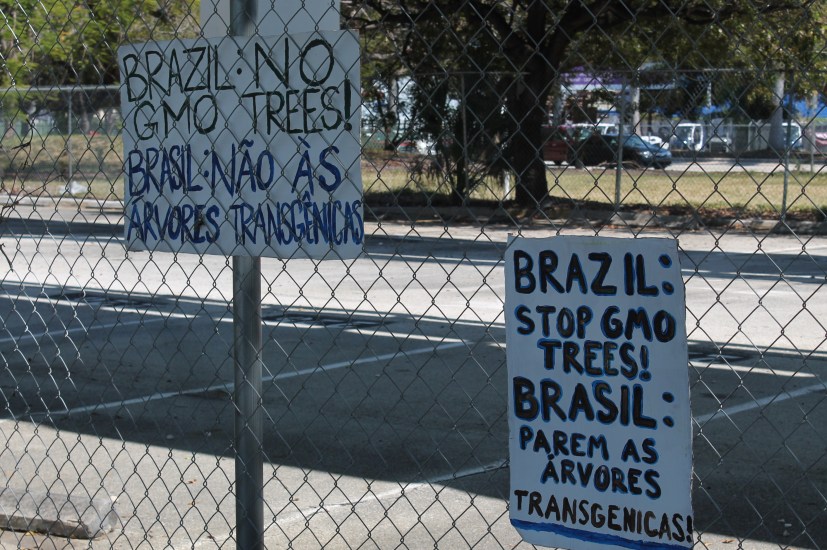 Friends of the Earth Australia went to the Brazilian Consulate in Melbourne today to call on Brazil to reject FuturaGene’s proposal  that would see a massive commercial release of genetically engineered trees.

They picketed and delivered their letters in full animal costumes! The pictures are awesome. 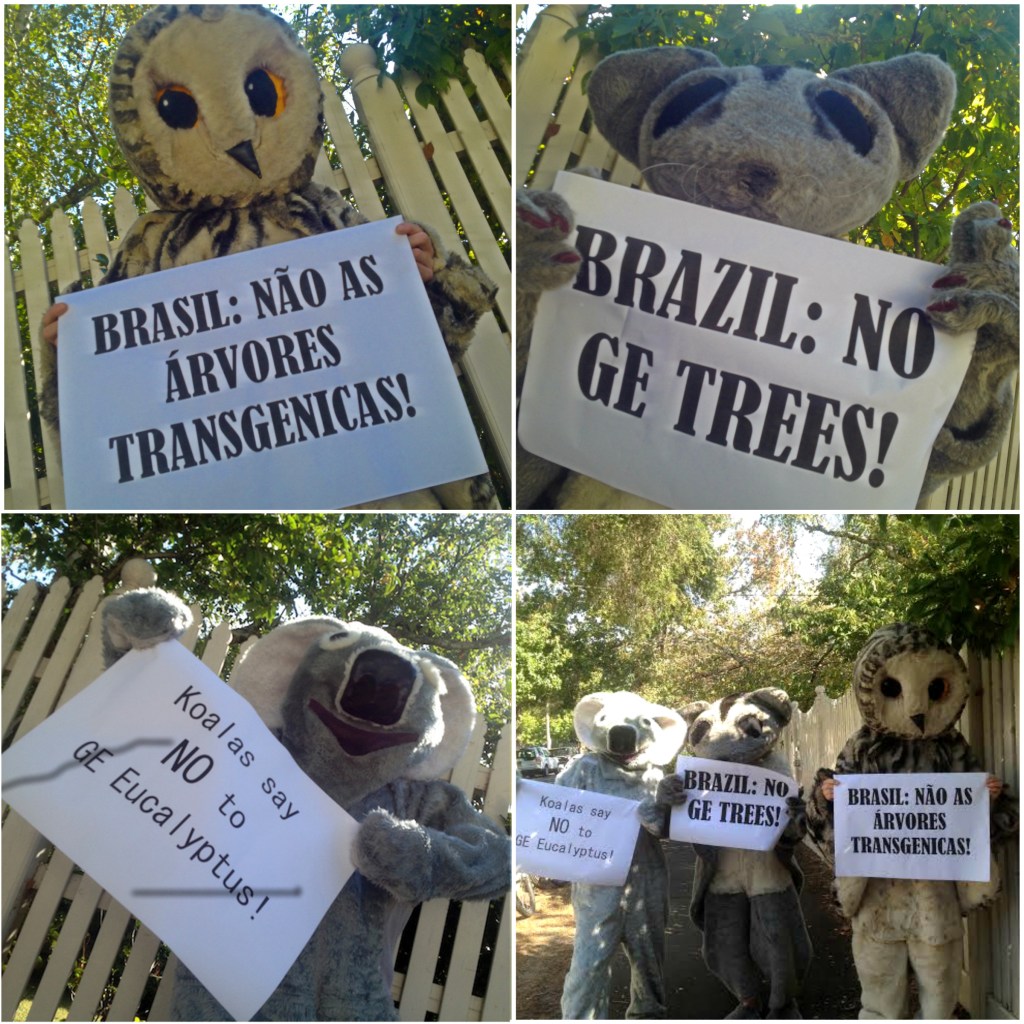 Now is the time to show solidarity with those still fighting in Brazil to protect their land, environment and livelihood from GE tree plantations and to keep the pressure on CTNBio to reject GE trees.

Friends of the Earth Melbourne is part of the global Stop GE Trees Campaign. For more information and the petition to reject GE trees visit: www.stopgetrees.org

Check out their full statement with more photos on their Facebook album of the event.