The article below goes into great depth regarding the problem of the renewable energy subsidies in the UK and Europe, being used to promote the burning of wood pellets and the rampant deforestation of the beautiful hardwood forests of the US South.

If companies like ArborGen get their way, these forests will be replaced with biomass plantations made from genetically engineered poplar, pine and eucalyptus.

Already ArborGen competitor FuturaGene is bragging about their similar plans in Brazil and China. 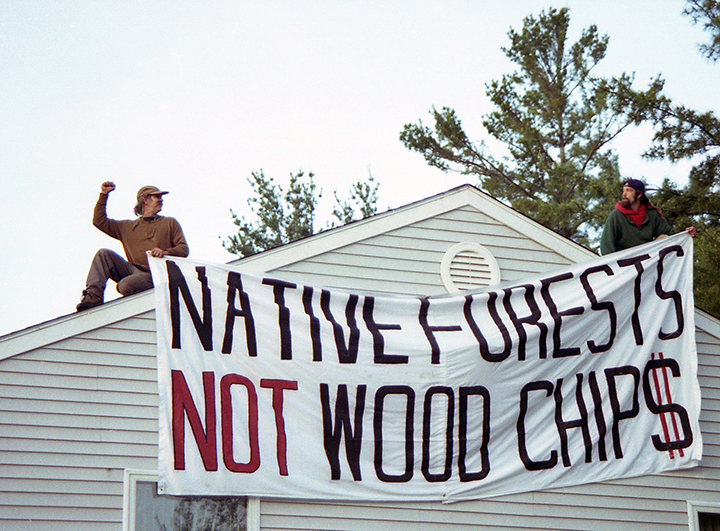 American Companies Are Shipping Millions Of Trees To Europe, And It’s A Renewable Energy Nightmare

In late March, a loosely affiliated coalition of southerners gathered outside of the British Consulate in Atlanta, Georgia with an unusual concern: wood pellets. The group, primarily made up of outdoors enthusiasts and conservationists, had traveled from multiple states to British Consul General Jeremy Pilmore-Bedford’s doorstep. Chief on their minds was the rapidly increasing use of the pellets, a form of woody biomass harvested from forests throughout the southeastern U.S. and burned for renewable electricity in Europe. According to the group, what started as a minor section of Europe’s renewable energy law has now burgeoned into a major climate and environmental headache.

“We were trying to elevate the profile of what exactly is going on on the ground here in the U.S.,” Shelby White, who helped organize the event, told ThinkProgress. “And also how it conflicts with the intentions of the policies that are driving the massive explosion of the industry.”

White said that the surge in demand fueled by Europe has caused “the clearcutting of wetlands and bottomlands on a massive scale,” and that Georgia now finds itself in the crosshairs of the industry.

I don’t think policymakers were able to see in advance that this would drive the entire destruction of Southeastern forests for wood pellets.