10 Years Later: GJEP Looks Back on Trip to Amador Hernandez 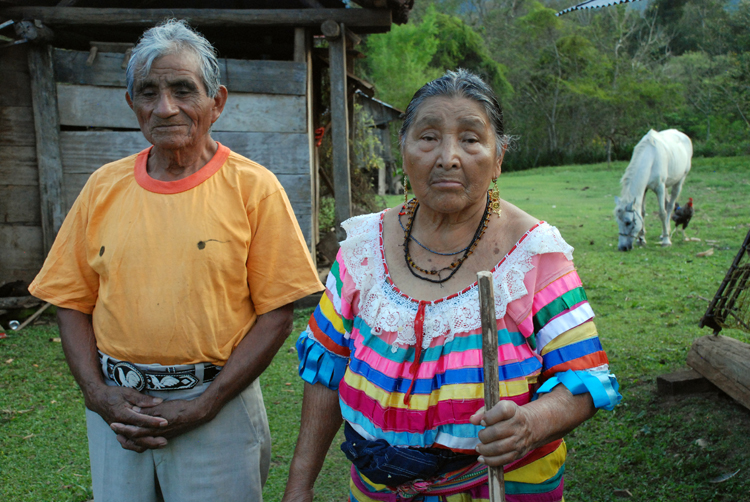 Elders from the community of Amador Hernandez in the Selva Lacandona. Photo: photolangelle.org

Revisiting a Darker Shade of Green

Ten years after a trip by a documentary team assembled by Global Justice Ecology Project to the Lacandon Jungle of Chiapas, Mexico, GJEP is highlighting the resulting films and releasing a new audio interview with Orin Langelle, co-founder of GJEP and one of the photojournalists that traveled to the region to document the threatened relocation of the Indigenous peoples of Amador Hernandez.

That trip created much of the content for the film A Darker Shade of Green – REDD Alert and the Future of Forests. The ground-breaking video explores global indigenous resistance to a program promoted by the United Nations and the World Bank to use carbon offsets to allow corporations to continue to pollute while transferring the burden to indigenous peoples and rural communities.

For the full article by Steve Taylor click here.

Steve Taylor interviews photojournalist and GJEP co-founder Orin Langelle about a United Nations and World Bank sponsored program called “Reducing Emissions from Deforestation and Forest Degradation” (REDD). Langelle reflects on his part in documenting a community’s resistance to a forced relocation from Amador Hernandez in the Lacandon Jungle in 2011. The relocation was to be part of a bilateral REDD agreement between the states of California and Chiapas, Mexico.

VIDEO: A Darker Shade of Green: REDD Alert and the Future of Forests

As policies and programs to Reduce Emissions from Deforestation and Degradation (REDD) and to enhance forest carbon stocks (REDD+) are promoted around the world by global and national elites, Indigenous Peoples and other forest-dependent communities are raising the alarm that these programs will have serious negative impacts — and will not reduce the cascading threats of the climate crisis. This 28-minute documentary was produced in 2012 and introduces the many concerns about REDD from the perspective of the people who are most impacted, featuring interviews and testimonies from Mexico, Brazil, Panama, Philippines, Indonesia, Nepal, Uganda, India, and California.

In March, 2011, Global Justice Ecology Project traveled to the village of Amador Hernandez, within the Montes Azules Biosphere Reserve, deep in the Lacandon Jungle of Chiapas, Mexico, to investigate how climate policies such as REDD are impacting the local population. This is what we found…

← Carbon Colonialism and REDD: Reflections on Resistance
May Day: A Look Back at 1971 Vietnam War Protests →