REDD-Monitor: Chile’s Repression To Be Rewarded By The World Bank 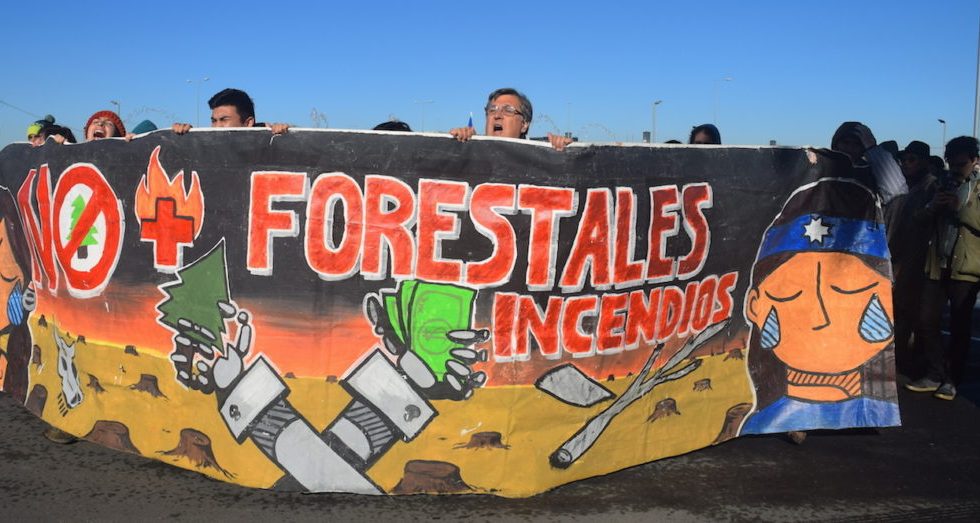 Blood REDD: How Chile’s brutal repression of Indigenous Peoples and the plantation industry’s land grab under the Pinochet dictatorship are to be rewarded by the World Bank

Two companies, Forestal Mininco SpA and Forestal Arauco S.A., together have almost two million hectares of industrial tree plantations in Chile. The companies grabbed most of the land for the plantations during the dictatorship of Augustus Pinochet from 1973 to 1990.

Under Pinochet, Chile became a testbed for neoliberalism. Economist Milton Friedman described the country’s economy in the 1980s as the “Miracle of Chile”. But neoliberalism embedded deep inequality between the industrial and political elite, and the people of Chile.

In 2019, massive protests against inequality and neoliberalism in Chile led to the UN climate negotations, COP25, being moved to Spain.

But despite the neoliberal label, the plantation and pulp and paper industry was heavily subsidised during the Pinochet regime. A 1986 report commented that,

The current public policies have not favoured the wider strata of rural society, but they have to a large measure converted these into machines for the transfer of financial resources towards the big forestry companies of the radiata pine zone.

The subsidies to the plantation industry continued until 2012, 22 years after the Pinochet regime ended.

The region has been militarised, and the government has applied an anti-terrorism law that dates back to the Pinochet regime. In 2013, Ben Emmerson, the United Nations Special Rapporteur on human rights and counter-terrorism, put out a statement urging the Chilean government to stop applying the anti-terrorism law against the Mapuche. Emmerson said,

The anti-terrorism legislation has been disproportionately and unfairly applied against Mapuche defendants, and has been implemented without a coherent policy for distinguishing those cases that meet the threshold test for an act of terrorism and those that do not.