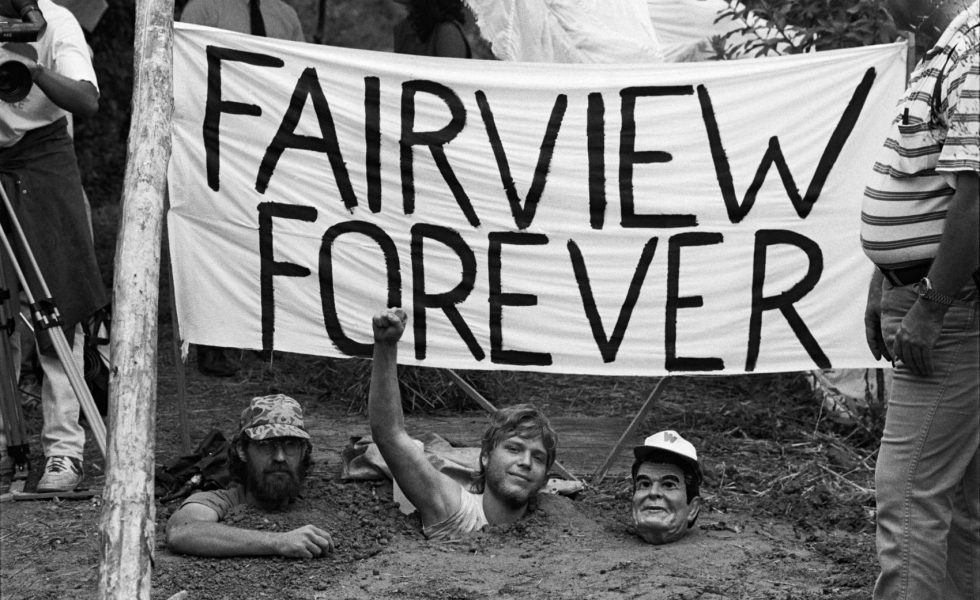 Two activists bury themselves up to their necks to block a logging road near the Fairview timber sale area of the Shawnee National Forest, in Southern Illinois, around 1990. Orin Langelle/Global Justice Ecology Project

An interview with Orin Langelle on the front page of The Southern, Southern Illinois’ largest daily newspaper:

CARBONDALE — In 1990, Orin Langelle arrived in Southern Illinois to photograph an escalating fight over the future of the Shawnee National Forest.

Environmental activists were converging on a logging site near the Fairview Christian Church, where the U.S. Forest Service had promised timber to the Missouri-based East Perry Lumber Company.

Forest Service officials and local loggers claimed the project would bring much-needed jobs to economically-depressed Southern Illinois, and reminded the public that national forests were created to provide both resources and recreation.

Environmentalists replied that Illinois could lose the Shawnee’s unparalleled biodiversity, and that timber sales were not nearly as profitable as the Forest Service suggested.

For 79 days, activists camped out on an access road, blocking the timber harvest. The encampment attracted local, statewide and national attention, as dozens were arrested and one demonstrator was injured by a logging truck, according to the Chicago Tribune.

Throughout it all, Langelle documented their struggle.