Breaking: Outrage Over US Secret Approval of Genetically Engineered Trees 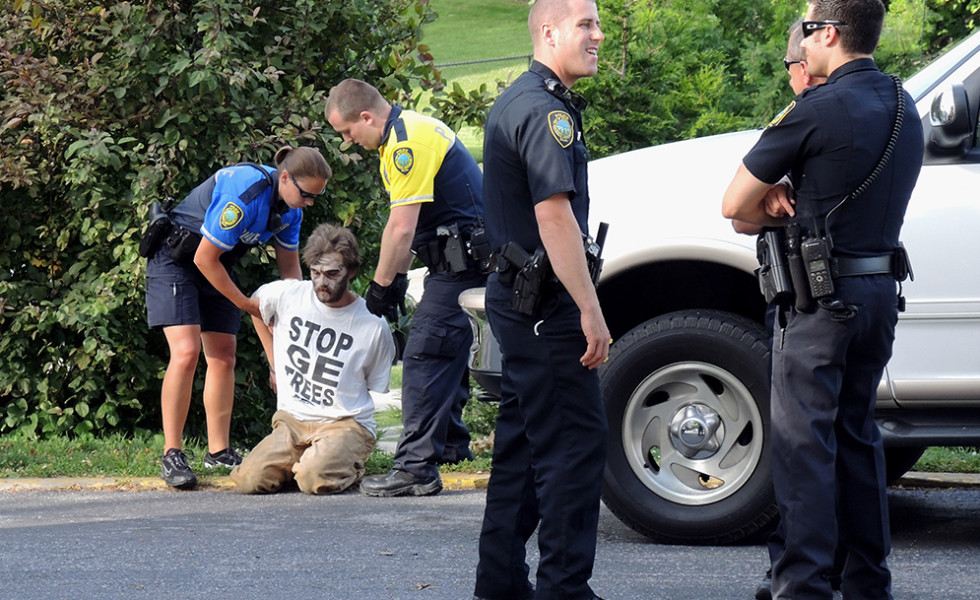 New York (29 Jan. 2015) ­– Groups from around the world [1] today joined together to denounce the US government for allowing the first genetically engineered tree, a loblolly pine, to be legalized with no government or public oversight, with no assessment of their risks to the public or the environment, and without regard to overwhelming public opposition to GE trees.

A secret letter from the USDA to GE tree company ArborGen [2], dated last August, was recently exposed by scientist Doug Gurian-Sherman of the Center for Food Safety [3]. In this letter, the USDA made the unprecedented decision to allow ArborGen to pursue unregulated commercial cultivation of a loblolly pine genetically engineered for altered wood composition. These trees could be planted anywhere in the US, without public knowledge or access to information about them.

Gurian-Sherman argues the USDA “is deliberately thumbing its nose at the public” with this decision, pointing out that this is probably the biggest environmental regulatory change in the US since the early 1990s [4].

Loblolly pines are native across 14 states throughout the US Southeast, and are grown in plantations around the world. Their pollen is known to travel for hundreds of miles.

“If these GE loblolly pines are released on a large scale in the US, there will be no way to stop them from cross contaminating native loblolly pines,” said biologist Dr. Rachel Smolker of Biofuelwatch. “This is deliberate, irreversible and completely irresponsible contamination of the environment with unknown and possibly devastating consequences. Forest ecosystems are barely understood, and the introduction of trees with genes for modified wood characteristics could have all manner of negative impacts on soils, fungi, insects, wildlife, songbirds, and public health. And all this for short term commercial profit.”

Many are also worried about the international implications of this USDA decision. Winnie Overbeek, International Coordinator of the Uruguay-based World Rainforest Movement states, “We are greatly concerned that these unregulated GE pines could be shipped to Brazil or other countries without public, or maybe even government, knowledge, further promoting the expansion of industrial tree plantations in the Global South. This contributes to deforestation and affects indigenous and peasant communities worldwide who depend on forests for survival.”

Global Justice Ecology Project’s Ruddy Turnstone from Florida remarks, “ArborGen and the government may think they have won this round, but there is already a huge anti-GMO movement. There are also forest protection groups, Indigenous Peoples, birders, foresters, scientists, parents, hikers, and many others who do not want the forests contaminated by GE trees. A great many of them will take action to ensure these trees are never planted.”

In 2013, when the USDA called for public comments on another ArborGen request to commercialize a GE Eucalyptus tree (a decision still pending), they received comments at the rate of 10,000 to one opposing the industry request. By simply refusing to regulate this new GE pine, the USDA has cut the public out of the process completely.  In 2013, a conference on Tree Biotechnology in Asheville, NC was disrupted for its entire 5 days by anti-GE tree activists, and there were multiple arrests.

The Campaign to STOP GE Trees is an international alliance of organizations mobilized to protect forests and biodiversity and to support communities threatened by the dangerous release of genetically engineered trees into the environment.

2] A letter dated 28 August 2014 from Michael Firko, Assistant Director of the US Department of Agriculture’s Biotechnology Regulatory Services, to GE tree company ArborGen agreed with ArborGen’s position that their GE loblolly pine did not need to be regulated. This letter was only made public on 13 January 2015.

ArborGen is jointly owned by multinational timber companies International Paper (US), MeadWestvaco (US) and Rubicon (NZ). Most of ArborGen’s executive staff comes from Monsanto. ArborGen attempted to offer an initial public offering of its stock in 2010.  They cancelled at the last minute and records show they lost almost $15 million that year. Stock value of parent company Rubicon was significantly decreased.

4] Doug Gurian-Sherman, The Next Phase of Genetic Engineering: A Flood of New Crops Evading Environmental Regulation

Photo: In 2013, Global Justice Ecology Project and many allies converged on the Tree Biotechnology 2013 Conference in Asheville, NC.  The conference was disrupted every day and there were multiple arrests.  PhotoLangelle.org