The following Open Letter was presented during a Berta Lives! Rally in front of the  Honduran Mission to the UN and was delivered on International Women’s Day.  The letter was signed by OFRANEH, Friends of the Earth-US, JASS, Indigenous Environmental Network and Global Justice Ecology Project. 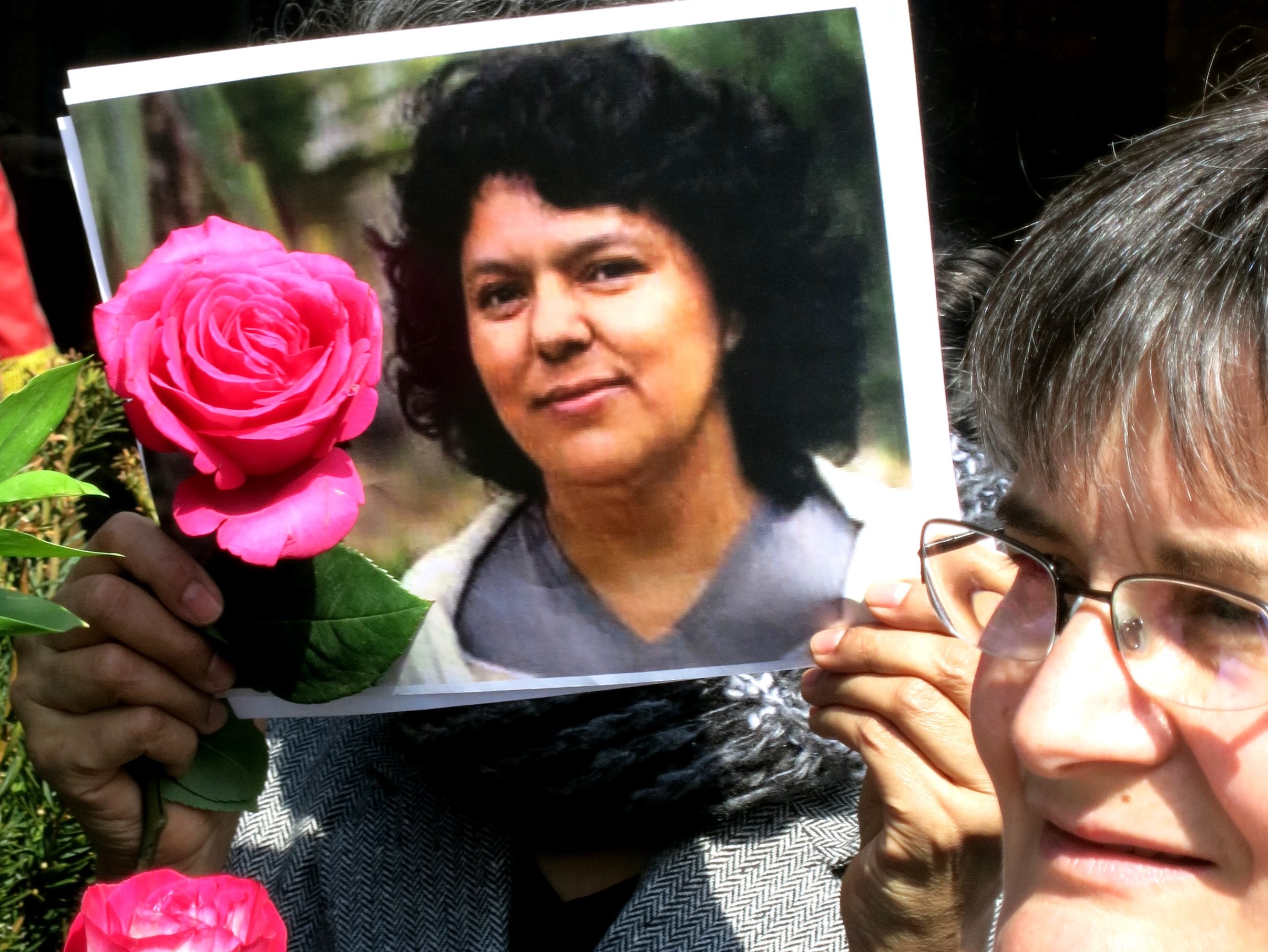 Permanent Representative of Honduras to the United Nations,

Condemning the Assassination of Berta Cáceres

On the occasion of International Women’s Day, we, the undersigned international human rights, environmental, social justice and Indigenous Peoples’ organizations, strongly condemn the murder of our colleague, indigenous leader, feminist and human rights defender Berta Cáceres on March 3rd, 2016 in La Esperanza, Intibucá, Honduras. We are profoundly concerned about how Honduran authorities are handling the investigation and the safety of key leaders within COPINH and other members of civil society directly linked to the case.

The brutal assassination of Berta Cáceres is by no means an isolated event but part of the pattern of systematic flagrant state and corporate violence against women, Indigenous Peoples, peasants, human rights defenders and the people of Honduras, which has escalated dramatically since the coup d’etat in 2009. We demand an immediate end to the state and corporate violence and corresponding impunity; in particular, we demand an end to the femicides; gender-based violence; violence against lesbians, gays, bisexuals and trans people and the silent genocide against the Indigenous Peoples of Honduras. We call for a return to the rule of law and real democracy in Honduras.

We demand that the Honduran government:

Berta Cáceres was murdered as a result of her environmental justice and human rights work. The Honduran government is fully aware of the fact that she received constant death threats for her work in defense of the Lenca People up to the days prior to her murder, including many occasions in which the military, police and other government officials were directly involved. Nonetheless, the Honduran government failed to implement the precautionary measures granted by the Inter-American Commission on human rights.

We call on Honduras to demonstrate to the international community that you are serious about ending a pattern of impunity and attacks against environmental and human rights defenders by allowing and facilitating an independent and thorough investigation into the assassination of Berta Cáceres. Lastly, we express our unconditional support to the Civic Council of Popular and Indigenous Organizations of Honduras (COPINH). The world is watching.

Friends of the Earth- US

– Commission on the Status of Women

– Special Rapporteur on violence against women