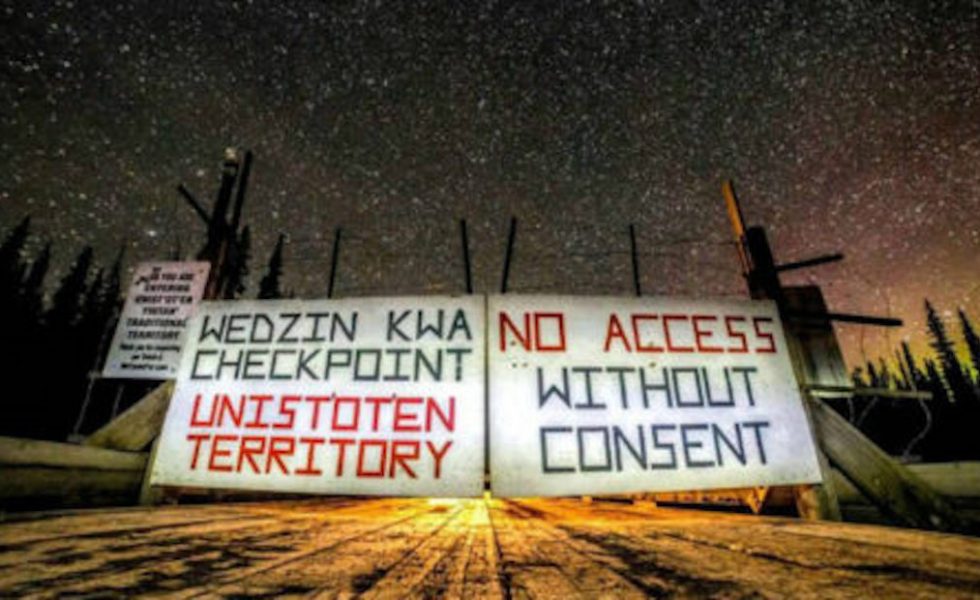 A few weeks ago we got an update from Molly Wickham, a Gidimt’en Clan member, on Sojourner Truth with Margaret Prescod​. Here’s the link to her interview in case you missed it. https://globaljusticeecology.org/new-earth-watch-with-gidimten-clan-member-molly-wickham/

Via Rail has cancelled another 33 train trips departing Toronto for points east Tuesday due to an ongoing demonstration in support of Wet’suwet’en pipeline opponents.

Tyendinaga Mohawk members say they won’t end their demonstration near Belleville, Ont., until the RCMP leaves the territory of the Wet’suwet’en in northwestern B.C., where there have been numerous arrests of protesters who have been blocking an access road.

The CN-owned tracks near Belleville run just outside the reserve boundaries of Tyendinaga, but are within a land claim that stretches to Highway 2, just north of the crossing.

The protest camp’s proximity to the tracks has prompted the shutdown of passenger and freight traffic since Thursday.
For more information visit CBC News.
print