New report – Cost of living crisis: how the fossil fuel industry turned the Ukraine war into an opportunity 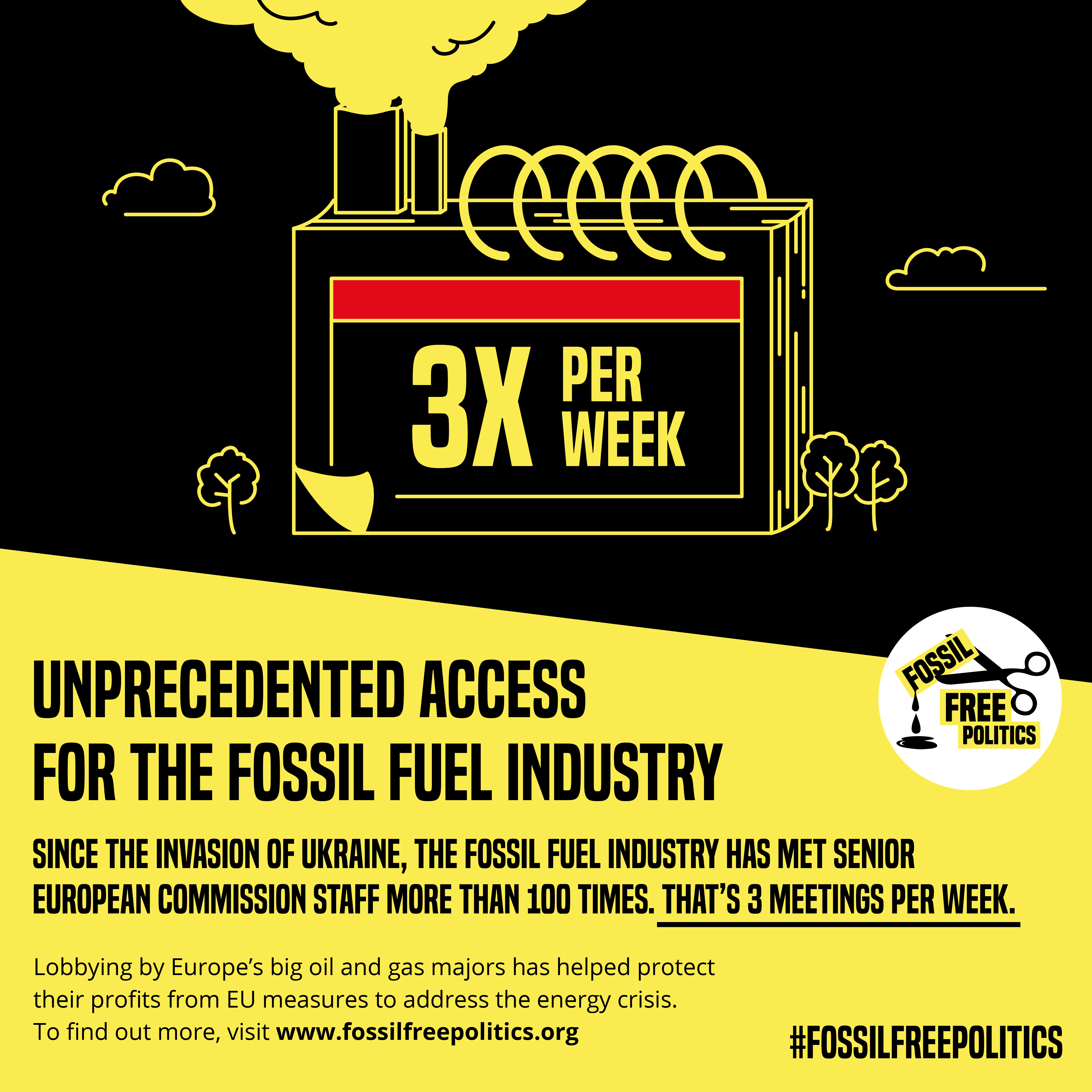 Corporate Europe Observatory has released a new investigation on how big oil lobbying protected its profits at the expense of the worsening energy crisis and skyrocketing bills. There have been more than 100 meetings between the fossil fuel industry and European Commission leaders since the war in Ukraine began. That is more than one every second working day.

As Big Oil’s quarterly profits were announced last Thursday/Friday (with BP still to announce on Tuesday), our new investigation shows how fossil fuel lobbying in Europe since the Ukraine war has protected high profit margins by attacking and delaying measures that could have helped the energy/cost of living crisis.  Additionally, unprecedented access to decision making in a time of crisis has placed fossil fuel industry interests, and therefore its profits, above the interests of the millions in or close to energy poverty in Europe. It also means the continent is likely to be locked into decades more expensive gas use – a disaster for the climate but also Europe’s energy bills.