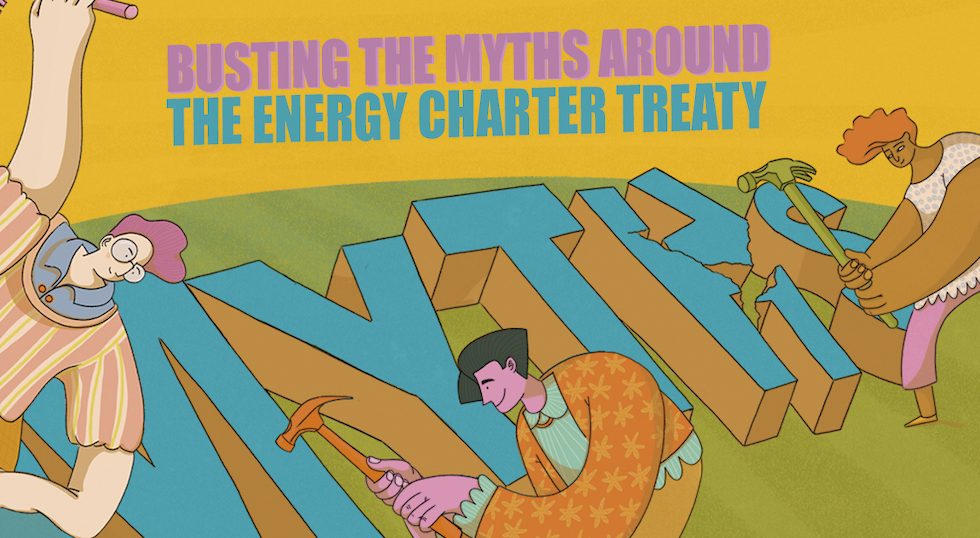 Busting the myths around the Energy Charter Treaty (ECT)

A guide for concerned citizens, activists, journalists and policymakers

Amidst growing concerns that the ECT undermines urgent climate action, and a growing backlash against the treaty, its corporate profiteers are spewing propaganda, promoting falsehoods about how the ECT attracts clean investment and how its ‘modernisation’ will fix any flaws.

Cut through their rhetoric with our new myth-busting guide to the ECT’s world of dirty energy, highway robbery, and corporate abuse.

The guide will help you counter 18 common claims that you will hear from ECT proponents.

Some of the key myths debunked are:

Myth 1: The ECT brings much needed foreign investment, including into clean energy
Myth 2: By protecting investments in renewables the ECT helps combat climate change
Myth 3: The ECT is mostly used by small and medium-sized enterprises (SMEs)
Myth 4: The ECT is the only way to protect energy investors when they go abroad
Myth 5: The ECT’s modernisation will fix its flaws
Myth 6: Countries in the global south would benefit from joining the ECT
Myth 7: Leaving the ECT does not protect governments against costly lawsuits

To download the guide visit Corporate Europe Observatory. It is available in English, Spanish and German.