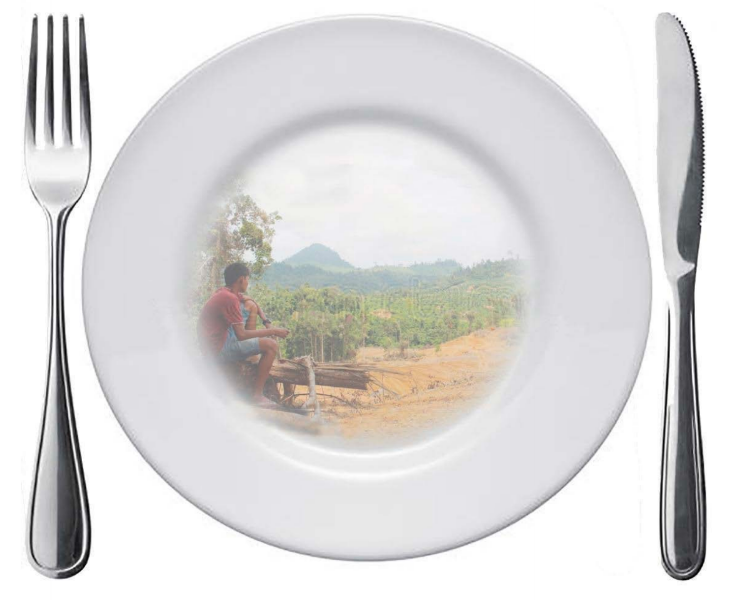 Note: Biofuelwatch is a fiscally sponsored project of Global Justice Ecology Project. Rachel Smolker is the Co-Director at Biofuelwatch and a member of the international and national Campaign to STOP GE Trees.

The Indonesian government recently announced plans for several new “food estate”projects in Central Kalimantan, Papua and North Sumatra Provinces. These would target hundreds of thousands of hectares of land, including some of the world’s last remaining areas of pristine tropical forests in the region, for logging and conversion. Past experience with food estate projects (the “Mega Rice” project and the “Merauke Integrated Food and Energy Estate”) proved to be a social and environmental disaster, displacing communities, producing little food and causing more, rather than less, hunger, and leaving vast swathes of previously forested land denuded and smoldering with peat fires that polluted air across continents. Who benefitted? those who profited from the sale of timber followed by establishment of palmoil and other export commodity crops.

The new food estate proposals are framed as a response to economic impacts of COVID and food insecurity, but in reality they are opportunistic land grabs aimed to further pad the bloated coffers of a few corrupt individuals at the expense of people and the planet.

With implementation of the food estates partially under authority of the ministry of defense, displacement of communities, under threat of violence is commonplace and resistance often life- threatening. Indonesia’s people deserve to be safe, to enjoy food sovereignty, to be consulted about their lands, and treated with respect. The governments’ proposed food estate programmes will do none of the above.

Our planet is in crisis. Deforestation and ecosystem degradation, pollution and loss of biodiversity, and the impoverishment of peoples and places leaves us faced with dire predictions for the future. Meanwhile, international agreements including the Sustainable Development Goals, the Aichi targets, the UN Declaration on the Rights of Indigenous Peoples, and international agreements on climate and biodiversity all will be rendered meaningless and blatantly violated if Indonesia proceeds with stated plans for more “food estate” disasters. The international community cannot abide by these proposals. Banks and potential investors must act responsibly to reject Indonesia’s thinly veiled plans for escalated destruction of her forests and her peoples.