Water cannons chase crowd. A caustic liquid was mixed with the water to irritate the skin and lungs. Water cannons were strategically used to target street medics and the Red Cross. Photo: Langelle

The ¡Buen Vivir! Gallery for Contemporary Art permanently closed its physical gallery in Buffalo, NY in July, a move precipitate by the Covid-19 pandemic. Buffalo Spree’s Associate Publisher/Editor-in-Chief Elizabeth Licata said of the gallery’s impact, “Buffalo’s activist community has risen up over the past few years, for many reasons. During that same time, Buen Vivir has served as an important outlet for the essential documentation of activism, both here in WNY and throughout the world. Especially in the field of environmental activism, Buen Vivir has helped the voices of resistance to be heard. Its closing is a loss.”

Chile: Peoples’ Uprising / An Exhibit of Images From the Front Lines

The gallery’s final exhibit, previously postponed due to the pandemic, was moved to a live virtual opening. This is the photo and video exhibit from the documentary expedition undertaken by Global Justice Ecology Project and Biofuelwatch to Chile over November and December 2019 during the historic peoples’ uprising.

This is much more than just an exhibit. It is also a diary and journal of a team of four people who attempted to capture the Peoples’ Uprising in photographs and videos. From Santiago to the streets of Temuco to Indigenous Mapuche land occupations in stolen Mapuche territory, this is a journal of resistance, courage, hope and love. This is about a struggle we should be fighting all over the world.”

While the ¡Buen Vivir! Gallery is closing its physical space, GJEP will continue to pursue its work to use photography to highlight movement history and peoples’ struggles through our Global Justice Media Program, which includes the website of GJEP co-founder and photographer Orin Langelle at https://photolangelle.org

Orin Langelle gave a firsthand account on the nationally syndicated Pacifica Radio’s Sojourner Truth Show of the popular uprising in Chile and its’ similarities to the uprising in Portland.

Langelle is a documentary photographer and activist who studied communications in St. Louis, MO and photography at the International Center of Photography in Manhattan. He co-founded Global Justice Ecology Project in 2003. He continues today as Strategic Communications Director and photographer. Langelle previously served as Media Director for Global Forest Coalition. In 2000 he co-founded the first campaign to stop GE trees and in 2014 co-founded the new Campaign to STOP GE Trees.

On Saturday, 1 August 2020, a right-wing group armed with bats and stones attacked Mapuche community members who occupied the town hall at the Municipality of Curacautín in Chile’s Araucania Region. The occupation was in support of nine Mapuche Political Prisoners’ hunger strike of more than three months. The Mapuche Political Prisoners were convicted, some without evidence, as a result of struggling for Mapuche peoples’ cause of territorial claims. Five of them are imprisoned without a trial. Saturday’s right-wing attack on the Mapuche, injuring many, some severely, was with the complicity of the Chilean National Police (Carabineros), who stood by. 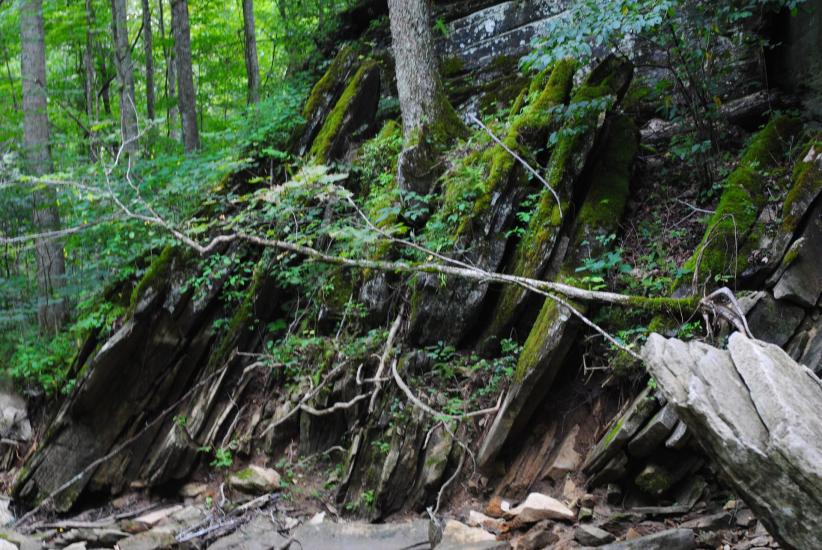 Carter Caves State Park in Kentucky. This and other state and national parks throughout the Eastern U.S. would be threatened by government approval of genetically engineered American chestnut trees. The proposal is to plant these GE trees in our forests, to spread freely in the wild. If approved, it would be the first GE forest tree approved for unrestricted planting in North America, and the first-ever genetically modified organism (GMO) designed to spread into ecosystems.  There are no long-term risk assessments of the impact of these GE trees on our forests, and it is not possible to conduct such assessments. Photo: Theresa Church, GJEP

July was a great month for the Campaign to Stop GE Trees’ media efforts. Several articles were published and featured in Bangor Daily News, The Times-Tribune and Moms Across America. Several members of the campaign were also interviewed by EcoRI News. For the latest news and publications visit https://stopgetrees.org/ge-trees-news/

GE trees: Keeping them out of wild forests in the U.S.

Visit our new GE chestnut action page at https://stopgetrees.org/chestnut/ to get involved.

In this interview with Steve Taylor, Press Secretary of GJEP, Lois Breault-Melican, former president of the Rhode Island American Chestnut Foundation explains why she and her husband, Dennis, resigned in protest over current plans to seed natural forests with GE American Chestnuts. 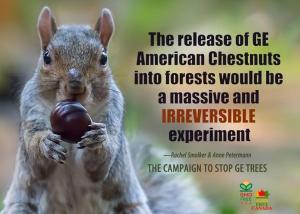 Sign our petition to keep GE trees out of forests! 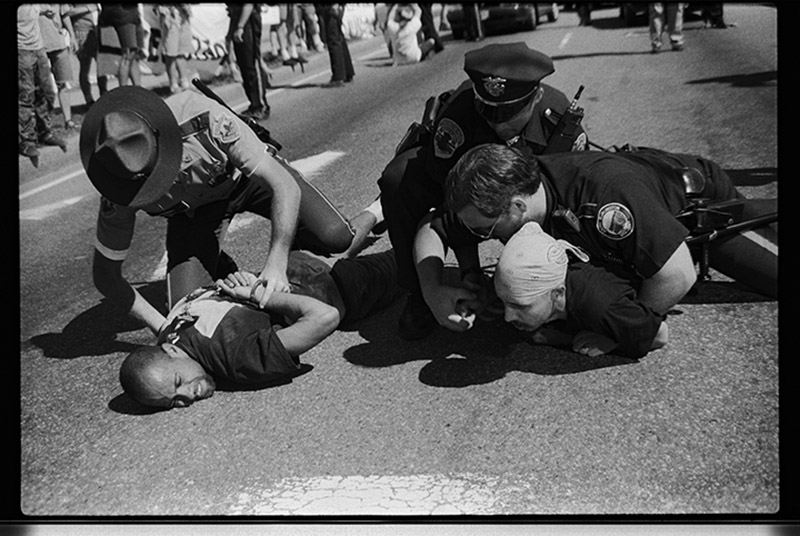