Last week, police brutally attacked Indigenous protectors in Standing Rock as they peacefully defended their land and water. Within days, over 1.5 million people checked in to Standing Rock on Facebook in solidarity with this fight.1 By all measures, this is a historic moment of resistance — and the movement is growing stronger by the day.

Now, Indigenous leaders are calling on us to take to the streets one week after the election to demand that President Obama’s Army Corps of Engineers and the incoming Administration put a stop to the Dakota Access Pipeline. We need to show President Obama and the new president-elect that this resistance movement will not fade away.

The Army Corps can approve or deny the final permit needed to complete construction — that’s why we must act now, and act strongly, to make sure the permit is rejected.

On Tuesday, November 15th, join a day of action across the country to demand that this Administration and the next reject this pipeline. Join an action near you – and if one doesn’t exist, organize an action in your community. 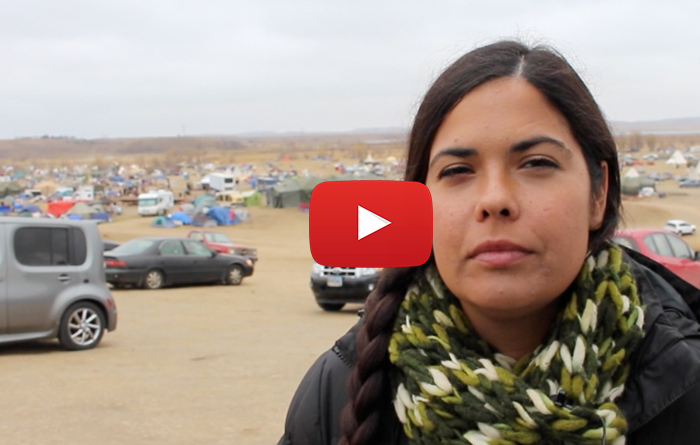 The Army Corps fast-tracked the Dakota Access Pipeline without proper consultation, and now bulldozers are approaching Standing Rock. But with coordinated, massive demonstrations across the country, we’ll make it clear that we will not allow the Obama Administration or the incoming president to sacrifice Indigenous rights, our water, or our climate.

Will you join a bold, powerful action on November 15th that honors this urgent fight?

Resistance to fossil fuel projects is rising everywhere. Almost a year ago we stopped the Keystone XL pipeline; now, an even bigger movement is rising up to stop Dakota Access. This is one of the most courageous stands against a fossil fuel project this country has ever seen, and solidarity actions are popping up everywhere — targeting Army Corps offices, banks financing the pipeline, and other Federal buildings.

Horrible images of people being tear gassed, attacked by guard dogs, and having their teepees torn down are not just remnants of this country’s ugly past — this is happening right now, and it’s unconscionable. We can’t alter history, but together we can change the future.

We know that elections and individuals alone don’t create change — movements do. That’s why we’ll continue to fight until native sovereignty is honored, Indigenous rights are protected, and our communities’ water and climate matter more than fossil fuel profits.

Let’s get to work. Find an action near you on November 15th.

Dallas Goldtooth on behalf of the Indigenous Environmental Network and 350.org