RSVP for an event in your area here.

Dr. Ricarda Steinbrecher is a biologist and geneticist. She is an invited member of the Federation of German Scientists and the British Society for Allergy, Nutritional and Environmental Medicine. She is based in the UK. She has acted as scientific expert in governmental and public consultations and court cases. She has been closely involved with the UN-led international negotiations and implementation of the Cartagena Protocol on Biosafety since 1995.

Dr. Steinbrecher has specialised in gene regulation since 1982 and has worked as a research scientist in the field of mutational analysis, gene identification and gene therapy in university and hospital settings. She is author of many scientific papers, briefings, commentaries and reports. At present she is Co-Director of EcoNexus, a not-for-profit public interest research organisation based in the UK (www.econexus.info)

Ruddy Turnstone is a GE trees campaigner for Global Justice Ecology Project and is on the Campaign to Stop GE Trees steering committee. She works to ban genetically engineered trees from commercialization globally, nationally and locally. A half-desi from the southeastern so-called U.S., she loves tree climbing when she is not fighting mutant trees. Ruddy provides direct action climb trainings for the Earth First! Climbers Guild, Greenpeace, at Trans and Women’s Action Camps, and tree climbing to the public as recreation through Shadow Tree Climbing LLC.
Ruddy has also been an Everglades Earth First! (EEF!) organizer since 2007. Through EEF! She provides direct action trainings. Since 2010 through EEF! and the Palm Beach County Environmental Coalition she has worked to stop a 682 acre forest from turning into a biotech city in South Florida. She has also worked with native and non-native peoples to fight a proposal from FPL to build one of the largest fossil fuel power plants in the country next to the Big Cypress Seminole Reservation. ruddy@gjep2020.local 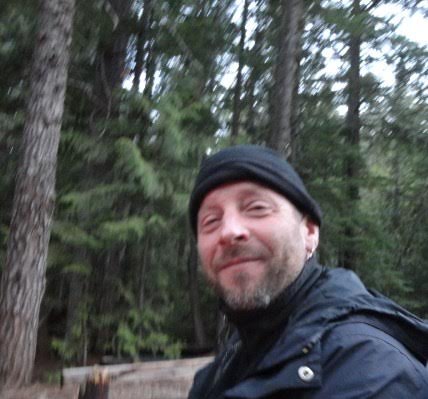 Mark Des Marets is co-founder of NWRAGE Northwest Resistance Against Genetic Engineering. Mark has worked for the last twenty five years as an organizer with grassroots environmental organizations in Oregon and Washington. He graduated from the Evergreen State College with a degree in Environmental Science and a passion for the study and cultivation of mushrooms. Mark co-founded Northwest Resistance Against Genetic Engineering in the spring of 1999 and has been working on genetic engineering issues since 1993. mark@nwrage.org