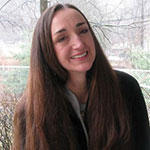 Maria Gunnoe is a lifelong Cherokee Native resident of West Virginia and has experienced the destruction of mountaintop removal firsthand. Her family’s ancestral home, where she currently resides, has sustained repeated flood damage caused by runoff from a nearby valley fill and mountaintop removal operation. Maria began organizing as a volunteer in 1997 and has been involved in community organizing around the issues of the impacts of mountaintop removal coal mining, valley fills, and coal waste dams for the past 12 years, and her advocacy has led to the closure of mines in the region and stricter regulations for the industry.

As a result of her advocacy, mine managers point to Maria as an enemy of mine workers and their jobs, and have encouraged acts of harassment. Gunnoe has received numerous verbal threats on her life, her children are frequently harassed at school, “wanted” posters of Gunnoe have appeared in local convenience stores, and her daughter’s dog was shot dead. Despite these obstacles, Maria continues to fight to sustain the mountain way of life and the people that it has created.