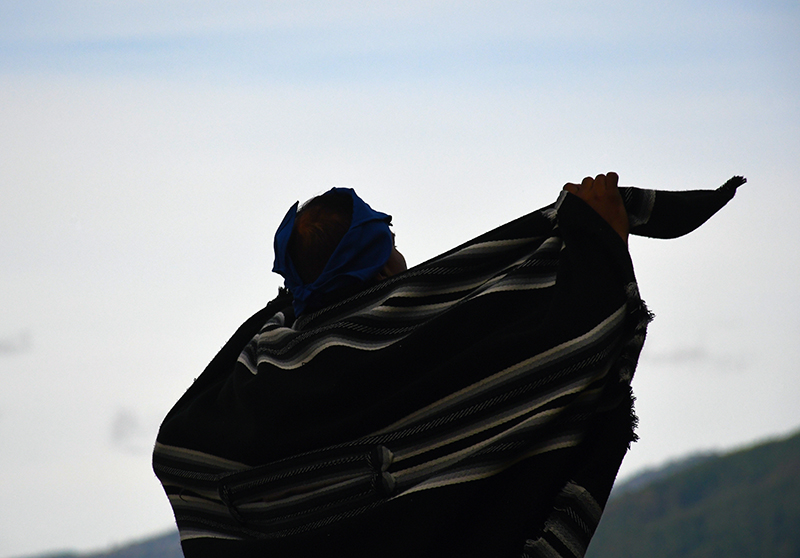 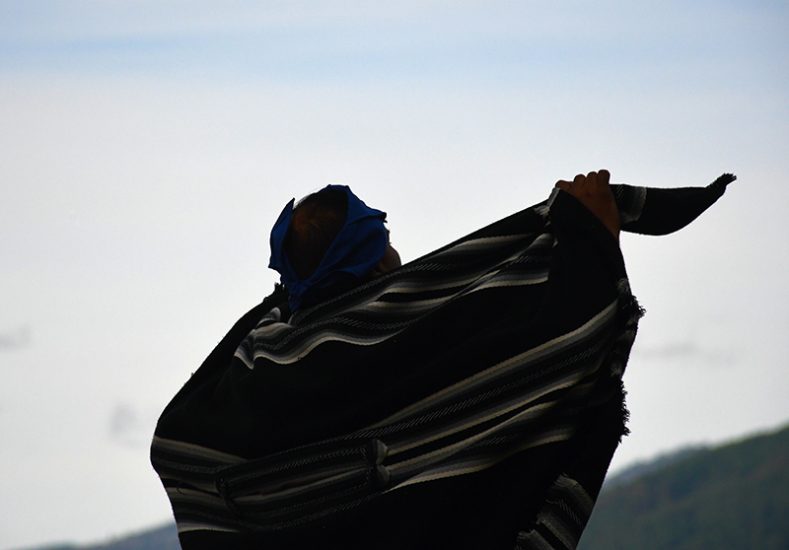 About Place Journal May 1 issue: Geographies of Justice features photos by Orin Langelle

In late October of 2019, a small increase in subway fares in Chile triggered a mass revolt of the Chilean and Mapuche People against the crushing neoliberal economic system established under the brutal Pinochet dictatorship that began in 1973.

GJEP co-founder, Orin Langelle was in Chile with a team from GJEP, Biofuelwatch and RADA to document the uprising for 3 weeks in late November and early December 2019. About Place Journal features a photo essay and short article by Langelle about his experiences there.

Paula Gioia is a beekeeper and peasant farmer in a community-run agroecological farm in Germany near Berlin. Together they plant a variety of vegetable crops, reviving old local varieties. They plow the land with horses and value local animal breeds. Their farm markets directly to local consumers and small organic shops. Paula is member of the Arbeitsgemeinschaft bäuerliche Landwirtschaft (AbL), the German Via Campesina member organization.

Devlin Kuyek is a researcher at GRAIN, a small international non-profit organisation that supports small farmers and social movements in their struggles for community-controlled and biodiversity-based food systems. He monitors and analyses global agribusiness corporations, including their role in the climate crisis. He is based in Montreal, Canada.

Popular herbicide products are threatening bee species according to a new study in the Journal of Applied Ecology.

Canadian history is repeating itself as hundreds of activists blockade old growth trees in a small protected area called Avatar Grove, near the Fairy Creek watershed on southern Vancouver Island.

Ten years after a trip by a documentary team assembled by Global Justice Ecology Project (GJEP) to the Lacandon Jungle of Chiapas, Mexico, GJEP is highlighting the resulting film and releasing a new interview with GJEP co-founder Orin Langelle, who was one of the photojournalists that travelled to the region to document the threatened relocation of the Indigenous people of Amador Hernandez. That trip created much of the content for A Darker Shade of Green – REDD Alert and the Future of Forests. The ground-breaking video explores global indigenous resistance to REDD (Reducing Emissions from Deforestation and Forest Degradation), a program promoted by the United Nations and the World Bank to use forestcarbon offsets to allow corporations to continue to pollute while transferring the burden to Indigenous people and rural communities in forested regions of the Global South.

Steve Taylor interviews photojournalist and GJEP co-founder Orin Langelle, who reflects about a United Nations and World Bank sponsored program called “Reducing Emissions from Deforestation and Forest Degradation” (REDD). Langelle reflects on his part in documenting a community’s resistance to a forced relocation from Amador Hernandez in the Lacandon Jungle in 2011. The relocation was to be part of a bilateral REDD agreement between the states of California and Chiapas, Mexico.

A Darker Shade of Green: REDD Alert and the Future of Forests

As policies and programs to Reduce Emissions from Deforestation and Degradation (REDD) and to enhance forest carbon stocks (REDD+) are promoted around the world by global and national elites, Indigenous Peoples and other forest-dependent communities are raising the alarm that these programs will have serious negative impacts — and will not reduce the cascading threats of the climate crisis. This 28-minute documentary was produced in 2012 and introduces the many concerns about REDD from the perspective of the people who are most impacted, featuring interviews and testimonies from Mexico, Brazil, Panama, Philippines, Indonesia, Nepal, Uganda, India, and California.

This article first appeared on Truthout and was produced in partnership with Earth | Food | Life, a project of the Independent Media Institute.

By Anne Petermann, Executive Director of Global Justice Ecology Project and Coordinator of the Campaign to STOP GE Trees, which she co-founded in 2004. She has been working on issues related to protecting forests and defending the rights of Indigenous peoples since 1990 and co-founded the first global campaign against genetically engineered trees in 2000. In the years since, she has presented the social and ecological dangers of genetically engineered trees at conferences, with community groups, and at the United Nations and other international fora on five continents. 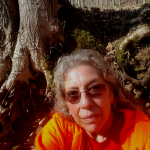 “Every once in a while I get asked by people who don’t know me well, why I chose to be a full-time activist or, more accurately, a troublemaker. This question is usually followed by something like, what does it mean to be a campaign organizer? There is no easy answer to these questions, so  I simply say that it’s been a natural progression since I can remember.

“I was raised on a farm where we knew without question that we all depend on nature for our survival. If the rains don’t come or there’s too much rain, crops fail and we don’t eat well or at all. I was taught how to follow the signs of the seasons, when to prepare the soil for the next generation of crops or when it’s time to prepare the kitchen for canning or drying our food for winter time.

“If a person is immersed in the rhythms of life, without distraction or separation from the natural world, it’s a given that we’ll recognize when things aren’t right.  There were times growing up that my grandparents began to point things out, like when our community was told not to drink the water or eat the fish from the river. Or when a forest nearby, a huge tract of land we used for hunting and where my grandmother gathered certain plants, was clear cut. I saw and felt their sadness for these losses and clearly heard their anger directed at fools driven by greed.”

Save the Pine Barrens

Save the Pine Barrens advocates for accountability and transparency as a route to raise awareness and educate the community about what it takes to make change happen. They are working to save the Atlantic Coastal Pine Barrens from mining and industrial development.

“Also known as Pitch Pine/Scrub Oak Barrens, pine barrens are a globally rare habitat type, with Massachusetts supporting the third largest example in the world (behind New Jersey and Long Island). The largest block of pine barrens habitat in Massachusetts is in Plymouth, Carver and Wareham, overlying the Plymouth/Carver sole-source aquifer. Protection of barrens habitat will also help protect the recharge area for the largest groundwater reserve in the state.” Southeastern Massachusetts Natural Resources Atlas, 2004.