Posted on December 6, 2019 by Anne Petermann 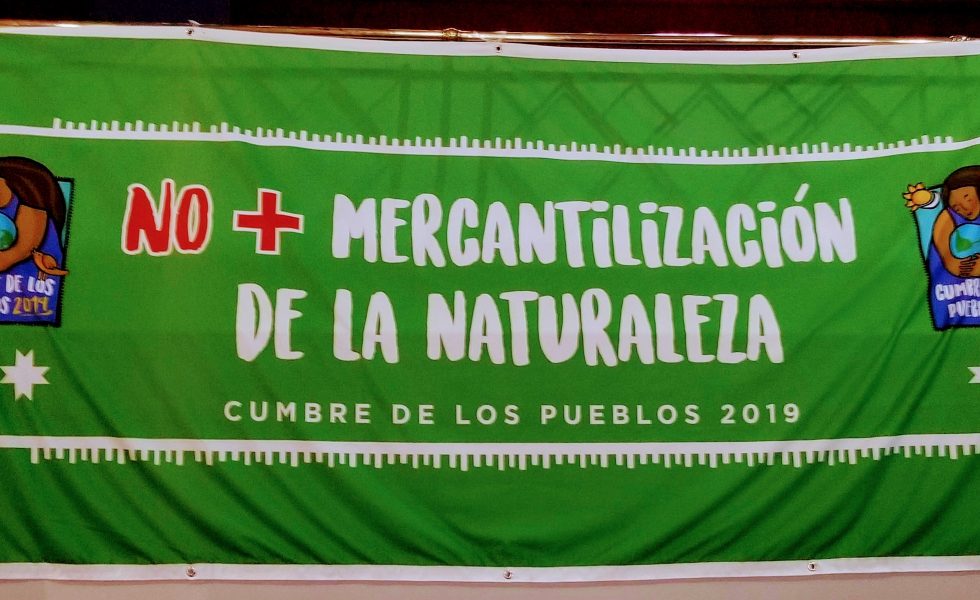 Anne Petermann reported live on Sojourner Truth on December 3, 2019. The GJEP team is on the ground in Chile and have been reporting on ongoing protests in Chile and now the alternative environmental event that began on Monday, known as the Cumbre de los Pueblos (the People’s Summit). That event will last 10 days and will coincide with the official UN COP 25 environmental conference that was moved from Chile, where it was originally scheduled, by Chile’s embattled president. COP 25 is now taking place in Spain.

On the ground in Chile, people from across the country in Chile have gathered in Santiago for the Cumbre de los Pueblos. This, as the UN chief yet again warns of a climate crisis deep enough that the planet is close to no return.

To view all of the reports, videos and photos from the GJEP-Biofuelwatch team in Chile go to: https://globaljusticeecology.org/category/news-and-analysis/