Know Where Your Bridge Is Going Before You Build It 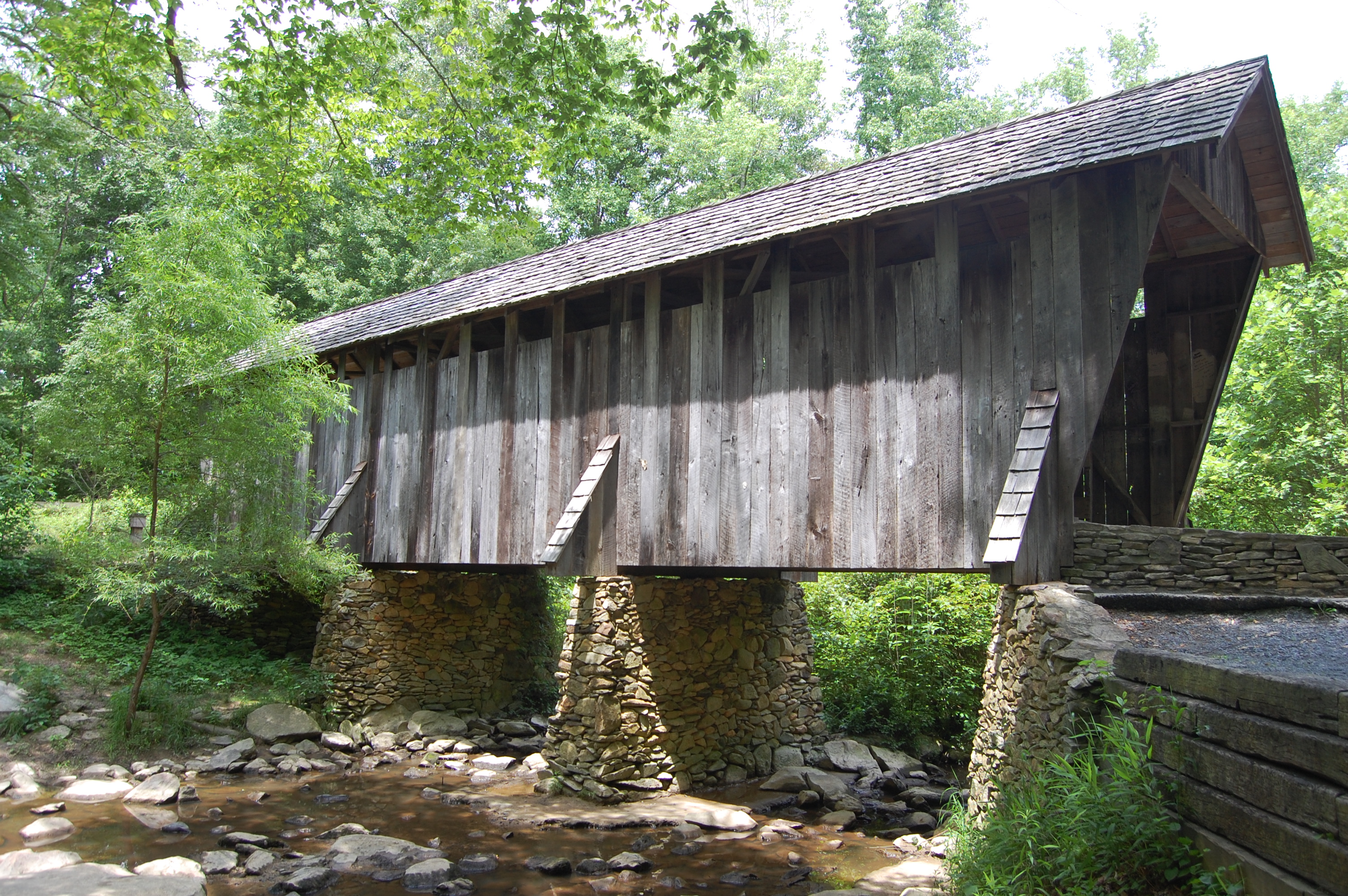 For years we have been told that corn ethanol was a “bridge” to more advanced biofuels that would be better for the environment. Similarly, we were sold the bill of goods claiming that natural gas would provide a “bridge” to a clean renewable energy future. But the bridges turned out not to be bridges, and after billions of wasted dollars untold destruction and distraction, it is time to redirect our efforts towards a different kind of bridge building.

In 2007 the “Energy Independence and Security Act” was passed, mandating up to 36 billion gallons of biofuel consumption in the USA. The mandate demanded that, between 2009 and 2022, a gradual increase in biofuel consumption, up to 36 billion gallons, including varying proportions from “conventional” corn ethanol, “cellulosic”, “advanced” and “biomass based diesel” fuels. Over time each category was to increase such that, by 2022 ultimately, 21 of the total 36 billion gallons would consist of biofuels made from “non food” biomass. As corn prices skyrocketed in response to the ethanol mandate, the impacts of vast new demand for corn fuel ricocheted through the global commodity markets.

Riots ensued when people could no longer afford to eat. Water resources like the crucial Oglalla aquifer dwindled under pressure. A massive uptick in fertilizer and agrichemical use for corn production washed into rivers and streams, ultimately expanding coastal dead zones and further tipping the nitrogen balance out of whack, driving monarch butterflies and countless other species to the brink. Conservation Reserve Program lands were plowed under to make way for corn. But don’t worry, we were told by government policymakers and industry, this is just a bridge. Soon we will have new cellulosic and advanced fuels made from “non food” biomass and all those problems will magically dissappear. Poof!

Absurdly, when the 2007 mandate was passed, we had never even produced advanced biofuels commercially before. Since then, we still haven’t managed significant commercial production. Certainly not enough to fulfill the mandate. One after another, advanced biofuel companies, like Kior, for example, or Range Fuels, for another, have proclaimed success, gobbled up massive amounts of subsidies and then filed for bankruptcy. Meanwhile there is a dawning realization that producing massive quantities of biomass – be it for food or any other purpose – takes a huge toll on our lands, climate and human rights. The EPA, charged with the unenviable task of implementing the biofuel mandate, has responded by expanding corn ethanol’s overall contribution and diminishing the contribution of cellulosic fuels.

This past year, in a bizarre endgame under pressure from an oil industry rightfully flummoxed by the legal requirement to mix nonexistent fuels into their brew, EPA found a way out. They miraculously created a 10-fold increase in the amount of cellulosic fuel available, simply by changing the definition to include “renewable compressed or liquified gas”. Unfortunately, most of that is derived from landfills, which must be maintained (a market for perpetuating waste) and operated specifically to generate methane, (which leaks, along with a number of other toxic gases). From January to June of 2015, EPA reported 971,527 gallons of cellulosic fuel and 48,458,197 gallons of landfill gas fuel. The end of the corn “bridge” appears now to be headed straight into the landfill muck.

At the same time as the corn bridge fiasco has unfolded, another fairytale bridge has been under construction. Natural gas, we were told, would serve as a “bridge” to cleaner, non fossil, renewable energy. Behind the veil of that rhetoric, fracking expanded dramatically and pipelines and infrastructure for natgas consumption were constructed. Then people living in the frack zones started to get sick, found their drinking water taps exploding into flames, and started to fight back furiously. Studies revealed the toxic mess that fracking has meanwhile created, and the astonishing amount of leakage from wells and infrastructure that has, it turns out, been sending a deluge of methane into our dangerously ailing atmosphere. Case in point is the current news from California, where a gas storage well at the Porter Ranch just outside L.A. is being referred to as “a global disaster” and “the worst environmental disaster since the BP oil spill.” So far 2200 families have been displaced and as many as 5000 families have filed for help as they struggle with the health impacts of exposure to the gas. The leak has thus far spewed an estimated 73,000 metric tons of methane into the atmosphere, and continues unabated. The piece of pipe that is leaking has been located and efforts are underway to seal it, but apparently doing so could take months. Meanwhile, methane, among the most potent of greenhouse gases, continues to flow.

The gas leaking in California is coming from a storage well that is fed by a network of old and leaky pipelines. In fact we are learning that there are some 400 such underground gas storage facilities around the U.S., and they are essentially exempted from federal regulation. Many are old, leaky and could erupt into similar disasters. Meanwhile, the fracking boom in Oklahoma has left areas of that state so astonishingly pock marked with drilling sites and wastewater injection wells that the earth is groaning and shifting with earthquakes. Concerns are mounting that the quakes are a “threat to national security” as they could disrupt one of the largest crude oil storage facilities in the country – yet another potentially monumental ecological disaster waiting to happen, and ultimately related to fracking, and the “bridge” fuel.

Such “accidents” are on track to contribute more greenhouse gas emissions into the atmosphere than any Paris climate agreement, with its’ “intended nationally determined contributions” can or likely ever will address. Especially troubling is that the IPCC determined that the global warming potential of methane (natural gas) is actually 40 percent higher (over a 100 year period) than previously assumed.

The natural gas “bridge” appears to be leading us over a cliff, with fugitive emissions and mounting disasters.

In Vermont, where I live, we like our bridges solid, preferably covered, aesthetically pleasing, and clearly leading from one side of the creek to the other. We banned fracking in our state after witnessing the impacts on neighboring New York and Pennsylvania. But since then, a battle has been raging against a proposed natural gas pipeline owned by Gaz Metro and its subsidiary, Vermont Gas. The pipeline would carry fracked gas across the state. It was initially planned to extend an existing line further down state, and then a branch would pass under Lake Champlain and connect to the Ticonderoga paper mill in New York State. When first proposed and approved, the project costs were estimated to be in the neighborhood of 86 million. Later it was announced that it would in reality cost quite a lot more, more like 122 million.

Then in 2014 the costs were even further upgraded to 154 million. Overall an 80% increase in costs. The state is left to determine just how much of those cost overruns would be acceptable, and whether or not ratepayers, or the company, should foot the bill in the long run. The regulatory process in Vermont requires that the project meet some criteria as a “public good”, which is hotly contested, to say the least, with ongoing spirited protests and rallies organized by a broad alliance of groups including Rising Tide Vermont, Just Power, 350Vermont, Vermont Public Interest Group, Toxics Action Center and others.

Some families living along the pathway of the proposed pipeline are resisting with feisty determination, unwilling to host potentially dangerous fracked gas pipes in their yards, farms and fields. Just in the past week protesters entirely disrupted an eminent domain pre-hearing by singing. A December 17th letter delivered to the governor and key decision makers was signed by more than 160 Vermont businesses and leaders including Bill McKibben, Ben and Jerry’s, and a host of others. Signatures are now being collected for an even broader solidarity letter. Vermonters interrupted their Governor, Peter Shumlin when he spoke on a panel at the Paris climate negotiations, calling on him to demonstrate his true colors as a champion of the climate by withdrawing his support for more fossil fuel infrastructure. In sum: opposition to the tracked gas pipeline plan in Vermont is broad and strong!

The Vermont pipeline battle is not occurring in isolation. Like the high profile battle against the Keystone XL pipeline, each piece of the pipeline is but part of a connected network designed by the oil and gas industry to fulfill their desire to carry oil/gas/coal from source of extraction to market, including transport to ports for export (so we can profit from enabling others to build their own bridges to nowhere). The Vermont pipeline is ultimately aimed to provide access to cheap gracked gas from the Marcellus Shale and other Eastern U.S. plays. Neighboring Quebec also is a player, with growing demand and expanding LNG export capacity. Pipelines are now being proposed and opposed throughout New England. People are teaming up, trading stories and skill sharing, supporting each other and building solidarity and momentum.

As 2015 comes to a close and the applause dies down and dust settles in the wake of the Paris climate negotiations, it’s a good time for a reality check. All of the negotiated agreements in the world will be meaningless if we continue to play make believe, ignore common sense and cater to moneyed interests. Fossil fuel infrastructure, be it for gas, oil or coal, is an absolutely suicidal long term investment. So is investing in expanding industrial corn production, cutting down forests to burn for electricity, or turning our landfills into methane farms, while also trying to feed an expanding population and prevent further biodiversity collapse.

It is time to put an end to building costly misguided bridges to nowhere. If we are going to invest in bridge building, let’s make sure we know where they are coming from, and where we want them to lead to. With all we are facing, from rapidly escalating weather extremes to proliferating wars and conflict displacing millions from their homes and homelands, to collapsing oceans and ecosystem support systems, to communities stressed by poverty and inequality and in disarray under a police state, perhaps the bridges we really need most to invest in span from neighbor to neighbor, community to community, Black to white, Christian to Muslim and nation to nation.