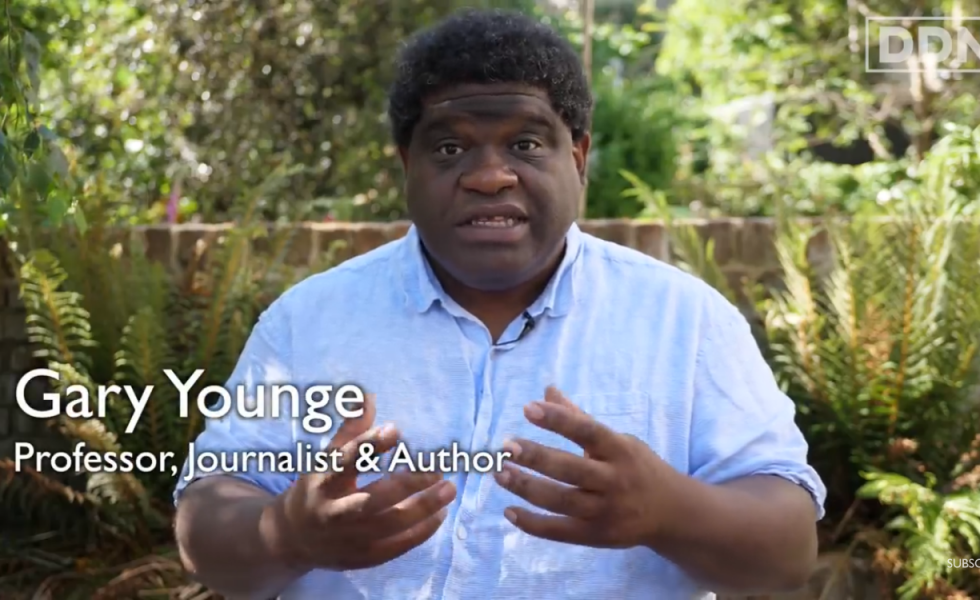 In commemoration of Juneteenth, and the abolition of state-sactioned slavery, but not racism in the United States, GJEP posts this very informative video from Gary Younge. In the video, Younge comments on the latest uprisings across the US and the world following the murder of George Floyd and how they link to the broader need to transform the systems driving injustice.  An excerpt from the video:

“When I think about these latest protests, my hope resides in the fact that, first of all they seem to be multi-racial, which in America is no mean thing … and the fact that there has been a cross-pollination of this across the globe, and that it raises people’s consciousness about what black people are living with all the time.  And what one hopes is that we can connect that awareness to a broader awareness about what we’re all living with all the time.  So that whenever people are questioning Capitalism, the State or racial hierarchies, there’s a chance.  And that’s where the hope resides.  But it’s not a passive hope.  It has to be an active hope.  Martin Luther King said the arc of history is long, but it bends toward justice, but it doesn’t bend by itself.  That’s for us to put our shoulder to it and make it bend toward justice.”

Gary Younge is an award-winning author, broadcaster and academic based in London. Formerly a columnist at The Guardian he has been appointed Professor  of sociology at Manchester University. He is also the Alfred Knobler Fellow for Type Media in America. He has written five books: Another Day in the Death of America, A Chronicle of Ten Short Lives; The Speech, The Story Behind Martin Luther King’s Dream; Who Are We?, And Should it Matter in the 21st century; Stranger in a Strange Land, Travels in the Disunited States and No Place Like Home, A Black Briton’s Journey Through the Deep South. He has made several radio and television documentaries on subjects ranging from gay marriage to Brexit.