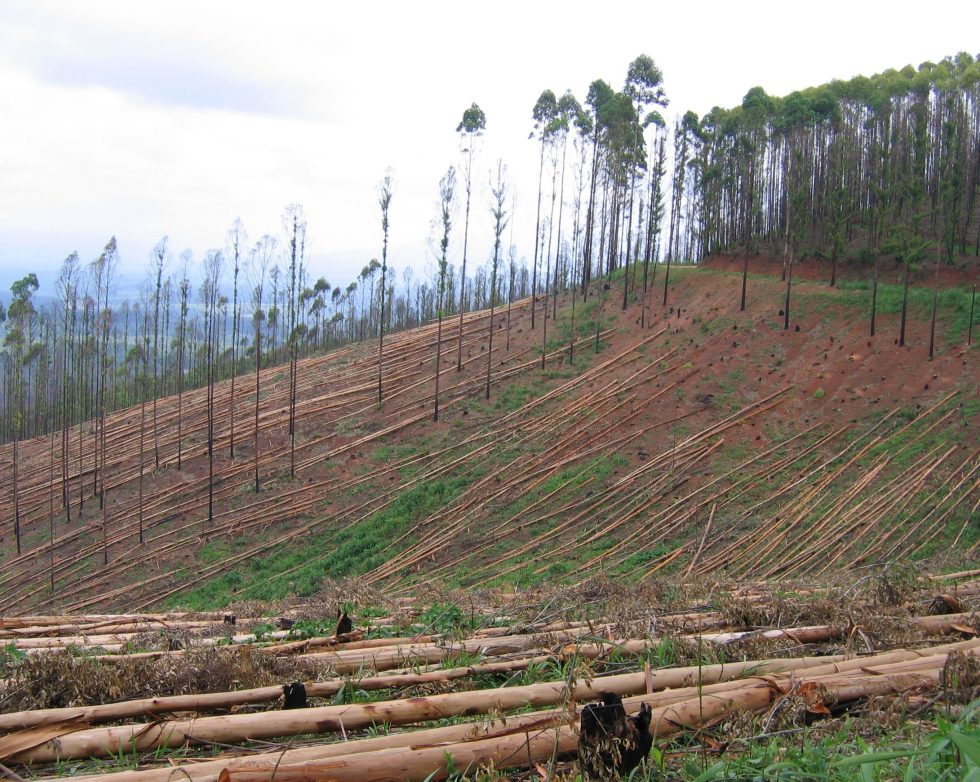 Note from GJEP: the impacts listed below are one more reason why genetically engineered tree plantations can never be considered any kind of tool for climate mitigation or even more absurdly, biodiversity restoration. #stopgetrees #keepforestswild

September 21st is the International Day of Struggle Against Monoculture Tree Plantations, when organisations around the world raise awareness about the impacts of monoculture tree plantations.

Forestry, afforestation and reforestation are often promoted by governments and corporations as a means of climate change mitigation and carbon sequestration. It is true that forests have many benefits, including sequestering carbon, but they must be real, natural forests.

A real forest is a complex, multi-layered and biodiverse ecosystem containing a large variety of trees and other plants. In a real forest, insects, mammals, birds, reptiles and microorganisms are plentiful, and there is resilience and sustainability in this diversity.

But ‘afforestation’ in Africa and globally is often implemented not as cultivating a diverse ‘forest’, but rather through the establishment of monoculture tree plantations on agricultural land or natural vegetation such as grassland. ‘Reforestation’ is implemented as the establishment of tree plantations in places where forests were previously clear cut.

We acknowledge that there are projects where diversified ‘forest’ models are implemented, such as with some agroforestry models and where ‘degraded’ forests are allowed to regenerate naturally. These projects are rare and must be supported.

The most damaging are Industrial Monoculture Tree Plantations of alien tree species, which:

To boost our resilience and food sovereignty, we must look to the models from the past, learn from Indigenous knowledge systems, and bring back regenerative farming models which are locally appropriate, organic, diversified and resilient. We need to nurture the diversity of African peoples, landscapes, animals and plants, and unite in opposition to unsustainable resource exploitation.

Together, we are like a river which cannot be blocked by anyone…

Monoculture Tree Plantations Are Not Forests!

For more background on the situation in Africa, please see our case study.