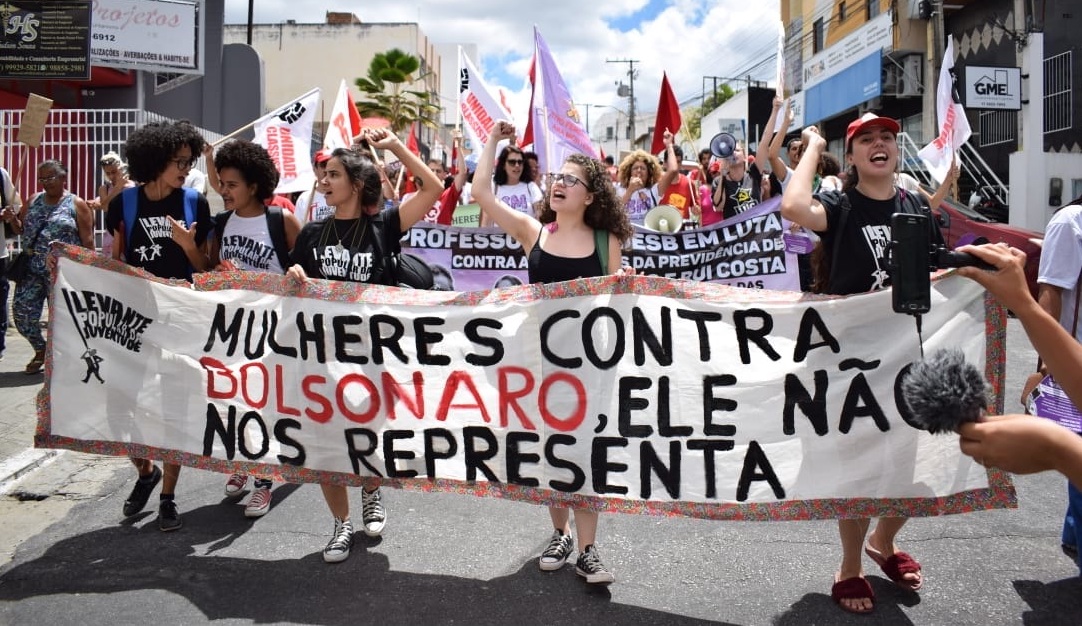 On March 8, women all over Brazil honor Marielle Franco and attack Bolsonaro
Thousands of demonstrators took to the street in all states
50,000 gathered in São Paulo 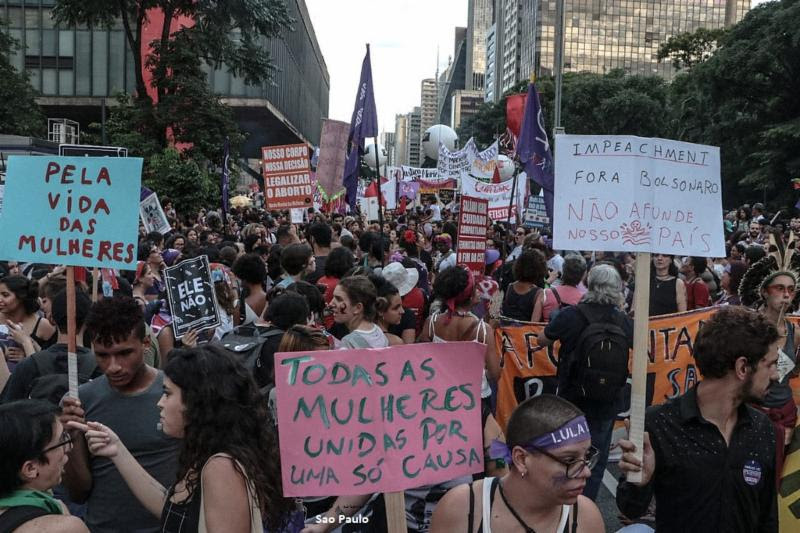 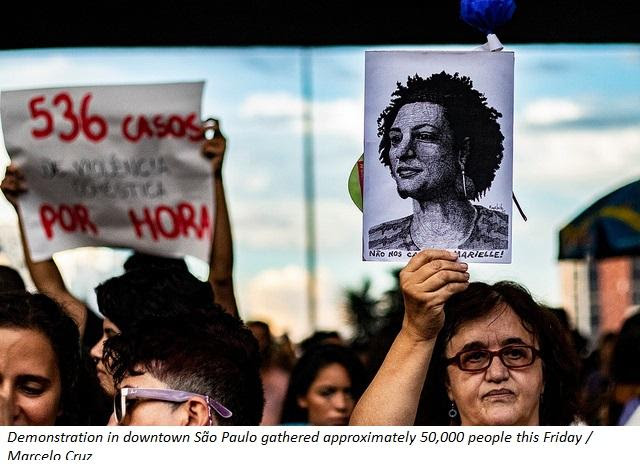 Thousands of Brazilians took to the streets this Friday, March 8th, to celebrate International Women’s Day.
With the motto “For women’s life, we are all Marielle,” they marched in cities all over the country to protest against the dismantling of Brazil’s pension system, the country’s increasing femicide rates, and the setbacks suffered under the Jair Bolsonaro administration.
The marchers also celebrated the legacy of black activist and Rio de Janeiro councilwoman Marielle Franco, who was brutally murdered on Mar. 14, 2018. A fierce advocate for human rights, Franco became an inspiration for women workers all over the country who fight against injustices. The crime that took her life and the life of driver Anderson Gomes is still unsolved one year after it happened.
Read all the coverage of the International Women’s Day events on the website of the Friends of the MST HERE.