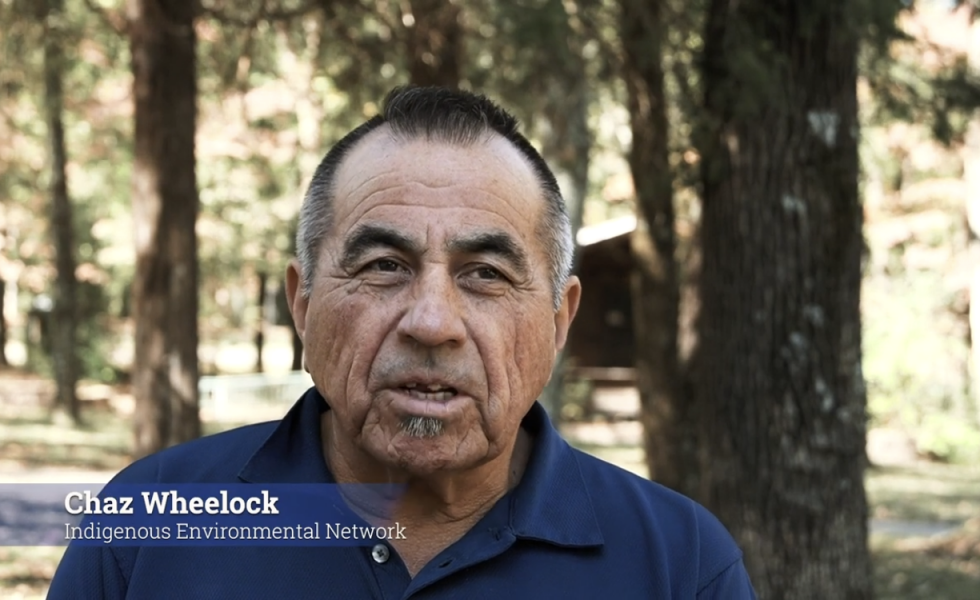 Global Justice Ecology Project’s staff and board of directors sends heartfelt condolences to Chaz Wheelock’s family, friends and colleagues – especially those at Indigenous Environmental Network, which he co-founded in 1990. We had the honor of working with Chaz closely last year in the planning of The Resurgence: 2019 North American Forest & Climate Movement Convergence. Chaz was on the coordinating committee of the gathering that was held last October in southern Illinois, as were we.

We are saddened to say farewell, but we know his work will continue and not be forgotten.

The following video was filmed at the Convergence. Chaz, who lives on the Oneida Indian Reservation, discusses environmental racism, the delisting of a local superfund site, and a problematic landfill. He describes the need for a new equation of land, labor, capitol and culture to address issues going forward. Networking, the merging of the “old school”, “new school” and “future school” are also addressed.

Steve Taylor, Press Secretary for Global Justice Ecology Project, shot the above video and had this to say, ” I did not know Chaz long, but having spent a little time with him I was very impressed with his passion for justice and his utmost sincerity. Since the convergence I have thought of several things he had said. I regret not having the opportunity to get to know him better, and I was looking forward to meeting him again. My condolences especially for those who know him much longer than I.”

The Indigenous Environmental Network is saddened to announce one of our co-founders Charles “Chaz” Tsyaktati Wheelock is making his final journey to be with his Oneida relatives who have gone before. Chaz was one of IEN’s founders in 1990  and was still working with us on our Save Our Roots: No GE Trees on Native Lands campaign; curriculum planning with our Indigenous Just Transition initiative; and networking on building constructive dialogue between labor and our frontline communities. Read more here.

Condolences can be sent to: